[Bootstrap Heroes] From almost losing his business, this entrepreneur went on to make revenues of Rs 1.2cr 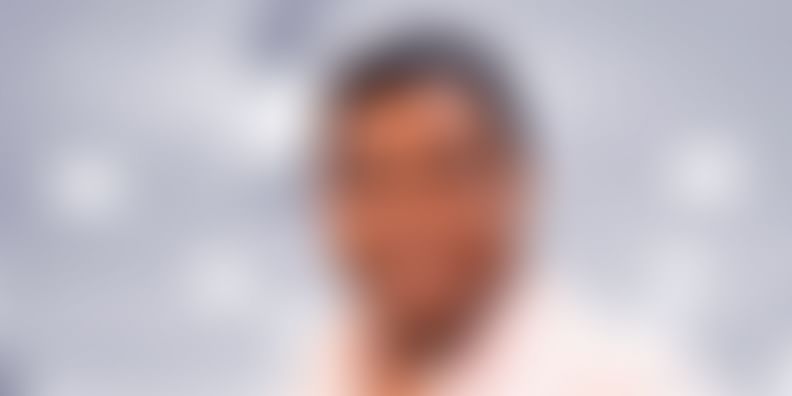 Let’s face it: small-town entrepreneurs are never given due credit for their talent and the struggles they face during their entrepreneurial journeys.

One such entrepreneur is Sarbajit Das (32) who started his journey in 2007, when the startup culture had just started to catch fire in the country. Starting up right after college, Sarbajit says he never wanted to follow the path that required him to work for anyone else.

Free-spirited, he started earning even before he started his engineering. Starting to learn programming and web designing right after school, Sarbajit has been generating an income right from college.

Somewhere it is this philosophy which also kept Sarbajit’s business buoyant during difficult times, without a single penny of funding. Even after he almost lost his business.

From starting up to rocketing down

Sarbajit began Sun Dew Solutions in 2007 with the Rs 50,000 he had saved over time working as a freelancer.

In 2007, Sun Dew was an IT solutions company which was into programming and web designing, but today the firm has spread its expertise across segments of enterprise application development and enterprise solutions.

But just a year after starting up, the rough tides had already arrived. The great recession hit and Sun Dew Solutions started stalling.

There were not many in the market giving new projects, especially to companies that had not yet made their mark.

“We somehow managed and recovered a few projects. Times were really tough and we were just trying to live through it. We started doing projects at as low as $100 and banner designs as low as $35, with clients pushing us to our very limits, paying us way below industry standards.”

With 10 developers on board, Sarbajit recalls that there was a time when the team had not more than Rs 2,000 in the company’s bank account, with salaries of all employees due for two to three months.

That time, the situation might have been such that taking a loan or even funding weren’t options, but today the firm stands tall, calling itself a 100 percent bootstrapped company. Sarabjit says,

“Today I can say with pride that there wasn’t even a rupee in borrowing ever taken from any individual for the company.”

The revival took almost four years, but there was a tactic to the survival. Sarbajit explains,

We started going the bidding way, where we would bid the lowest for a certain project. It wasn’t a time to be choosy; we even took local projects and if possible started taking up freelance work. The key was that we were trying to revive the business by building volume.

And that seems to have worked. In 2013, Sun Dew Solutions got incorporated as a private limited company and now has over 175 clients across all continents. Since 2007, the firm has completed close to 680 projects across its customer base.

All this with only word-of-mouth marketing.

However, Sarbajit says that 60 percent of their revenues come from the duty-free market. According to him, the firm is working with some major players in the duty-free space, giving the two biggest players — Cognizant and UAE-based Northstar — a run for their money.

Although there aren’t any big Indian names to mention, the firm works with Flemingo Duty Free, PC Chandra Jewellers, Ram Krishna Mission, and Kuwait-based Boubyan Bank. Sun Dew is in talks with companies like Jet Airways for their in-flight solutions as well as Porsche Design to power their e-commerce offering in India.

It is also trying to undertake Mumbai airport’s duty-free service.

It has also received entrepreneurship recognition from the Bengal Chamber of Commerce. The firm last year crossed revenues of Rs 1.2 crore and has already crossed 1.6 crore in revenues this year, aiming to reach Rs 3 crore by the end of this fiscal year.

On how he managed to keep the business afloat with no marketing spend, Sarbajit says,

“We have clients right from the US, the Caribbean to Australia and they’ve all come as business leads to our website. We have invested in Google’s SEO optimisation. We don’t have a sales or pre-sales team until now but rather work on a partner model with our existing customers where they try to get a certain business for us through word of mouth.”

However, this involves certain cut of revenue sharing for the inbound leads.

On being asked about his thoughts on the current fundraising scenario, Sarbajit remarks,

Fundraising has become a fashionable move rather than a required one. In 2007, we didn’t even know how to get funding or if someone was even ready to invest. Belonging to the old mindset, I believed that the only way to sustain and raise money was from the services my firm offered.

And today, Sun Dew Solutions is a profitable entity that has a 27-member team with a strong set of developers.

In another year, the firm is planning to add another 30–40 big-scale clients to the business.

It goes without saying that IT solutions and application development is huge in India.

Being the fastest growing IT market in the world, IT services is said to be rising at an impressive rate of 4.95 percent, with revenues hitting a mark of $85.3 billion by 2019. Hence, this is an interesting game to be in, especially with small startups challenging the bigger players.

But even in this melee, one can’t ignore Sarbajit’s sheer focus in reviving his business without falling prey to the charms of funding.