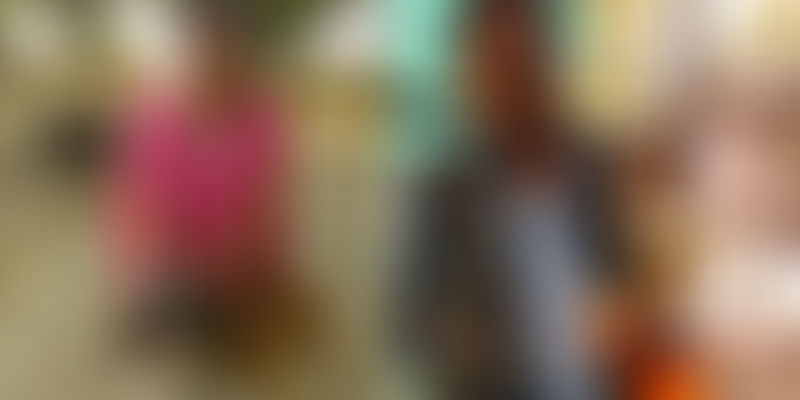 Cherry, a bitch from a village near Agra, was everybody’s favourite pick-me-up for a quick round of cuddles and a gush of playful energy. But on a fateful day, she strayed too close to the village drunk. He beat her up and gouged out both her eyes.

Hero, another chirpy doggy, was caught in the crossfire between two warring factions. A bullet penetrated his leg, leaving him writhing in pain and permanently short of one good leg.

Shiva, a baby monkey, was not even an hour old when his mother died giving birth to him. Absolutely petrified, he was attached to her dead body with the umbilical cord lying on the road.

Is this the end you would prefer for the stories of these beautiful creatures?

Fortunately, Cherry was given help, and now wags her tail uncontrollably every time she hears a human approaching. Help was requested for Hero when his septicemia had set in; his leg had to be amputated, but he still runs round, making the most of life, on three legs. Shiva, on the other hand, was cradled by a passer-by who cut the cord and found him help. He is now one, and as mischievous as ever.

The “help” in all the above instances, is Surat Gupta, a golden-hearted Good Samaritan of Agra, who reopened People For Animals Agra to give a new lease of life to stray animals, whose only crime in life was sharing their homes with a ruthless species – us humans.

Surat was born in Mumbai in 1950. She holds a Master's as well as a doctorate in English Literature from Agra’s Women Training College (WTC) and Dayalbagh University respectively. She has been teaching at Prem Vidyalaya Agra in an honorary capacity for 30 years. But, even as the course and direction of action eluded her, a vague desire to give back to society as a way of saying thank you had stayed in the recesses of her mind.

Life intruded, and life’s routine blanketed her social entrepreneurship. “But, my daughter Richa, my inspiration, my muse, awoke in me that notion lying unattended to for years. From her childhood, she felt strongly about animal welfare,” explains Surat.

Richa’s kidney problem had made her more sensitive to the plight of the less fortunate. She always gravitated towards the hurt squirrel, birds, pups and finally graduated to larger animals, encompassing all in her fold. Their ‘Eureka!’ moment, though, was when she saw a bull in the middle of the road in a pool of blood.

“Something had to be done. Leaving it to its plight was not an option. Thus the seed got its way and our direction was set,” she says. Richa wrote to Maneka Gandhi, a leading animal rights activist at the time, and immediately received a reply from her. Just like that, People For Animals Agra wing was up and running. She sent them a list of members already in Agra.

Their first meeting was held in Jan 1998. “Little did I know what an uphill task I was getting myself into. Along with my teaching activities, I was laying the foundation of an NGO in Agra and that too in a comparatively uncharted territory of animal welfare,” says Surat. Five co-founders were enlisted, two of which opted out within a year. Three others, excluding Surat herself, have stayed true to the cause for 17 years, to this date.

“From the onset it was our intention to alleviate the suffering of the most downtrodden – the street animals – the nowhere children,” says Surat.

In the beginning, it was all family-run. They erected a temporary shed in the free space in front of their house. And the Guptas were paying for all the expenses from their own pockets.

People would drop in an animal for treatment. Therefore, treatment became their prime thrust area. The treatment of animals began by hiring a paravet and in consultation with a veterinary doctor. “We then realised that we needed a place to house the patients. The bara outside our house was now getting more animals and the space was at a premium,” Surat recalls.

In 2001, they received two acres of land on lease from Nagar Nigam Agra, and with government grants, they were able to construct a hospital-cum-shelter for the strays of Agra. However, the grant was given only for construction. “We are totally dependent on donations and have a hand-to-mouth existence. So, collecting donations to maintain the infrastructure has been our biggest source of tension, and it still is,” Surat shares.

They created separate wards to house the various animals coming their wayand ICUs for very sick patients and patients with infectious diseases. Their model soon encompassed running an animal rescue helpline, ABC (Animal Birth Control) operations, and giving shelter to disabled animals or old and abandoned dogs. They also encourage people to adopt street dogs. They have an MoU with the Nagar Nigam of Agra to conduct their ABC programmes. To date, they have conducted 3,000 operations in their OT at the shelter.

Lobbying for a cause that never was

In the beginning, they put up stalls at Taj Mahotsav to create awareness. “We were always confronted with the smallness of thought – Why animals? So many humans are suffering. To change the mindset of the people of Agra has not been easy,” she says.

“We have seen extreme cases of cruelty. Acid victims, some have survived and some have not. Ups and downs have become a way of life for us. Our vision is to have streets free of animals and with the hope each adopts a street dog and cattle grazing merrily on open grounds and not sniffing garbage round street corners,” Surat says.

LikeCherry, who has been with them for five years, and Hero and Shiva, her one-year-old “babies” who wreak havoc with their cuteness, they also care for loves like Tinu, who is handicapped by birth but loves to stand on his two hind legs and demand treats. And then there’s Alice, another stray born with two legs, whom they helped find a home.

Funds have been a constant bane in running this organisation, as mentioned. They’re fundraising through social media, exhibitions and private donations. Currently, they are running a Ketto campaign to collect donations for food for the sheltered strays.

Indians, she says, are notoriously stingy, mainly because of trust issues. “We try and maintain transparency in our dealings and that is our biggest asset,” she concludes.