Startup tip: ‘If you solve a real problem, you will do well’ – Suveen Sinha, author of The Tip of the Iceberg 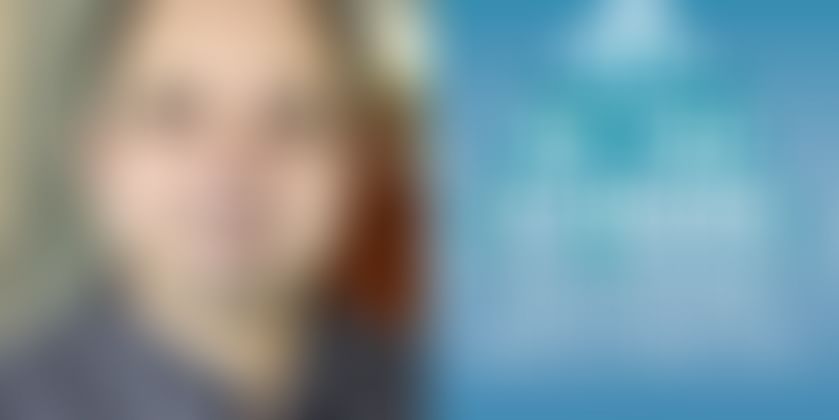 Suveen Sinha is author of the recently released The Tip of the Iceberg: The Unknown Truth behind India’s Startups (see my book review). He is National Business Editor at Hindustan Times, and was earlier at Business Standard, Business Today and Outlook. He writes on a range of issues relating to business, economy, sports and movies. His other books include Driven, memoir of former Maruti Suzuki chief Jagdish Khattar.

Suveen joins us in this interview on the rising acceptance of entrepreneurship in India, qualities of an innovator, role of the media, and storytelling elements.

YS: How did you get the idea for writing this book?

SS: Long story. One-and-a-half to two years ago, a lot of people wanted to be Steve Jobs. A lot of people were dropping out of campus placements to set up their own companies. Startups emerged as big recruiters at campuses. Funding was easy.

But Steve Jobs was not a child of privilege. He did not drop out of college because it was the fashionable thing to do. He dropped out because he did not want to spend his working-class parents’ hard-earned savings on college education. A psychologist may see an adopted child’s psyche there.

He didn’t have a dorm room, so he slept on the floor in friends’ rooms. He returned Coke bottles for the ¢5 deposits to buy food with, and he would walk the seven miles across town every Sunday night to get one good meal a week at the Hare Krishna temple.

It was a similarly lean phase when Jobs was sacked from Apple, his own company. At the age of 30, he was very publicly out. The focus of his life was gone. It was devastating.

So I started meeting Indian entrepreneurs to see what they were made of. Did they have what it takes to cope with the constant worry about money, the sacrifice of personal life, the responsibility of other people’s lives, their salaries, and downturns?

The result is The Tip of the Iceberg: The Unknown Truth Behind India’s Startups.

YS: How did you choose the 15 entrepreneurs you interviewed for the book, as compared to the vast number out there?

SS: I met more than 50 people, some of them many times. I met some families. By the end of it, I had enough to churn out three books. So it was very difficult to write just one. I had to leave out some really riveting stories. But, in the end, writing is also about what not to write. These are difficult choices, but have to be made.

SS: I am working on a book about image management. Again, a non-fiction. Don’t have much to talk about it now; I have done only four meetings. Once the activities around The Tip of the Iceberg settle down, I hope to have more time for the next one.

SS: It got positive reviews, and many publications and websites chose to carry extracts running into several pages – I guess that should be expected for a book packed with interesting stories. Only one newspaper review was a mixed bag. It said good things, but also raised unusual questions: what about the things happening to startups today, why did you not include all the other startups, etc.

But my book is not a news feature. Like all books, it was finalised several months before it hit the stores. No book can capture the events of the day; it is not meant to. For that we have newspapers, television, and news sites. Secondly, my book has no claim to be a comprehensive anthology of all startups operating in India. Its only claim is to show the reality of being an entrepreneur, away from the glamour and valuations, through selected stories.

YS: Are you planning to come up with an online companion to the book, with new material?

SS: Lovely question, one suitable for a successful digital outfit like yours. The answer is yes. No videos, but I have been putting together a series of digital write-ups related to the book. The first of these was a blog post for LinkedIn.

YS: You have done a great job of getting the founders to open up to you and describe some of their hardships and failures – how did you do this?

SS: Thank you. If you want to hear stories, you must be ready to listen. I found that the characters in the book, all lovely people, to be forthcoming, candid, open, and guileless. They are comfortable in their skin, and do not mind talking about their journey. So all credit to them.

YS: Why are we seeing less discussion of such important lessons in the media, and only overnight successes?

SS: It is a phase. I guess in the first flush of startup success, there is a tendency to get carried away with the valuations and funding. Things have begun to settle down. With that comes awareness and realism.

YS: What are the typical challenges entrepreneurs face as they scale up their company?

SS: The biggest challenge is of leadership. It is one thing to run a fledgling company, and quite another to run one that has achieved critical mass. As a father, I look at this as the difference between parenting an infant and parenting a toddler. Very different, though just as joyous. Our entrepreneurs need to retain the joy of doing a startup even after they become established companies. It’s all about the love of the game.

YS: How should innovators strike that delicate balance between sticking to their vision and adapting to a changed world?

SS: In a perfect world, there will be no need to adapt. This may seem more romantic than I would like it to, but entrepreneurship is about... it will be a bit much to say it is about changing the world, but it is certainly about challenging the status quo. And that is all about ideas and vision. If you believe in yourself, stick to your beliefs. The world will adapt to you.

However, the world is not perfect. So there will be some hardship and heartburn, you may need to tweak a few things here and there. But you must stay the course.

YS: Is there such a thing as the ideal age for an entrepreneur?

SS: I do not think so. You only need the right temperament and appetite for risk. My last book, Driven, was written jointly with Jagdish Khattar, who left the IAS to join Maruti, and retired as the managing director of Maruti to turn entrepreneur at the age of 65 by setting up Carnation Auto.

YS: Who are some of the entrepreneurs you admire the most today?

SS: Long list, which must not be taken as a ranking. Vijay of Paytm has a good head on his shoulders. Avnish, who started Baazee, was trailblazer and a martyr for consumer Internet. Dhiraj of Mu Sigma is incredibly thoughtful and deep. Snapdeal’s Kunal has the right ideas. Bhavish of Ola is a blessing for the long suffering masses and an investor’s dream. Sandeep of ShopClues and Droom oozes energy but is also very organised.

Shashank of Practo is solving an acute problem in healthcare with his ideas and resilience. Phani, who set up redBus, has already done that with buses. Yogi of Stayzilla is changing the hospitality landscape. Suchi of LimeRoad is a treat to talk to. Devita of Vu is a combination of charm and fire. The Bansals of Flipkart are already legends in the entrepreneur community. And then there are those I could not include in the book. Some day, I say to myself, some day.

YS: Where do you see India situated today in the entrepreneurship movement?

SS: To use a hackneyed word, we are at a cusp. Some companies have fallen, some have come up really well. The concept of doing your own startup has been accepted by parents, in-laws, and teachers. Now is the time to show that our entrepreneurs can do as well in an organised, corporate set-up as they did with a nascent company.

YS: What are the key elements of storytelling that entrepreneurs can use in their narrative pitches and PR?

SS: It is the same with all storytelling. Honesty counts for a lot. These are people who have done in a few years what most people do not manage in a lifetime. All they need to do is be themselves. Thankfully, most of them are. You can see the kind of positive media coverage they get, which is well-earned.

YS: How effective are news media in educating and informing their audience about entrepreneurship? There seems to be a love-hate relation between media and startup founders!

SS: As a member of news media, let me say that we are much misunderstood. A good newsperson does not love or hate anyone. We only love a good story. Last week, I had to break the heart of a friend of 20 years. He wanted me to stop a story that was going to hurt his company. But, as I told him, a story decides its own fate.

YS: What are the similarities and differences you see between the dotcom boom era of entrepreneurs in India and today's new crop?

SS: Big differences. The dotcom bust was self-inflicted, because people got carried away. Today’s entrepreneurs are not after a fancy idea; the good ones today are providing real needs. But, of course, they owe it to the dotcom entrepreneurs for making mistakes from which today’s generation could learn.

SS: Simple: if you solve a real problem, you will do well. And God knows we have a lot of problems to solve. You won’t have to look too hard, nor too far.