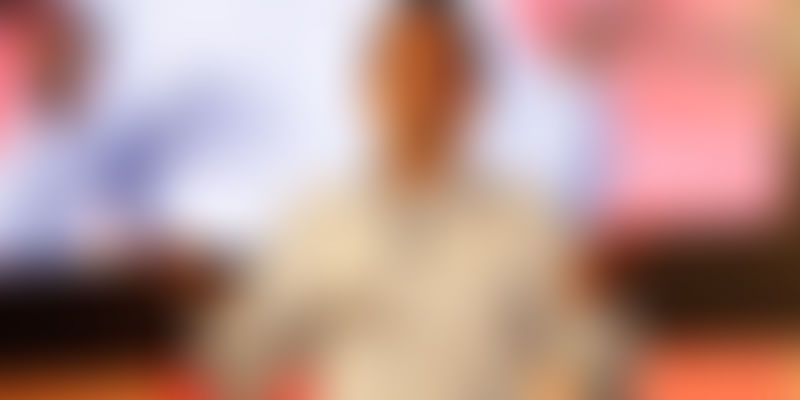 At the seventh edition of 'TechSparks', Japanese investor Teruhide Sato spoke about why India is such an attractive market for foreign investors.

He explained this with a simple formula:

Serial entrepreneur Teruhide ‘Teru’ Sato has an amazing track record in building businesses from scratch and then taking them to public markets. In 1997, in partnership with Softbank, Teru Sato co-founded Cybercash Japan (now known as VeriTrans), an online payment company. In 1999, he co-founded BEENOS (formerly netprice), and as CEO, took it public on the Tokyo Stock Exchange in 2004. Sato is now based in Singapore and invests in and advises startups from India, Southeast Asia, and Turkey. BEENEXT, co-founded by Sato, is a partnership of the founders, by the founders and for the founders. BEENEXT has invested in startups like ShopClues, KartRocket, Voonik, IndustryBuying, to mention a few.

Sato gave a quick introduction to Japan’s business ecosystem. Japan’s notable startups like Rakuten, Monotaro and ZozoTown have been around for a long time. In fact, Japan’s aspirational economy hit an all-time high in the 1990s and has been mostly stagnant for 20 years, with the growth happening in economies like China and India. There are several unique factors that make India a very attractive market to investors.

Why are Japanese investors investing in India?

The sheer size of the market

India is one of the most populated countries in the world with the current birth rate hovering at 2.5, which is higher in comparison to China’s birth rate which is below 2. On the outset, this might sound like a bad thing but for investors, these demographics are an attractive proposition. There is also an enormous and fast-growing internet user base, with around 220 million smartphones being used in the country.

India does not have monopolistic players and supply is fragmented into 36 million SMEs. This makes India an exciting market because there is a lot of scope for new players in this space.

Sato said, “If trains are three minutes late in Tokyo, the railway authorities apologise to the waiting passengers.” In India, of course, poorly functioning infrastructure is the norm, but that is a good thing according to Sato. Where there are problems, there are challenges and scope for lots of players to step in with new and innovative technology to solve the existing problems.

There is a lot of information asymmetry/friction in India. According to Sato, the difference between classifieds and marketplace is the data. If we look the healthcare space, India has 69 million diabetes patients. This is where players like Healthians app can make a difference. There are just 900,000 doctors in India catering to 1.2 billion population, whereas Japan has three lakh doctors for a population of 120 million. This is where startups in the field can use data and technology to make up for the lacuna.

Teruhide Sato finds many surprising ways in which India is ahead of others in the game. For example, Aadhaar, the world’s largest national identification number project, was started a few years back. In spite of being a developed nation, the Japanese equivalent ‘My Number’ was initiated only recently.

Sato concluded by citing examples like Airbnb and Uber. Airbnb was founded in August 2008. It was when the economy was down, but that worked in its favour because people could use their existing home space to make some extra money. In the same way, Uber was started in March 2009. So it is safe to say that companies will do well, regardless of market conditions, if the founders have a great idea and are focussed on their vision.