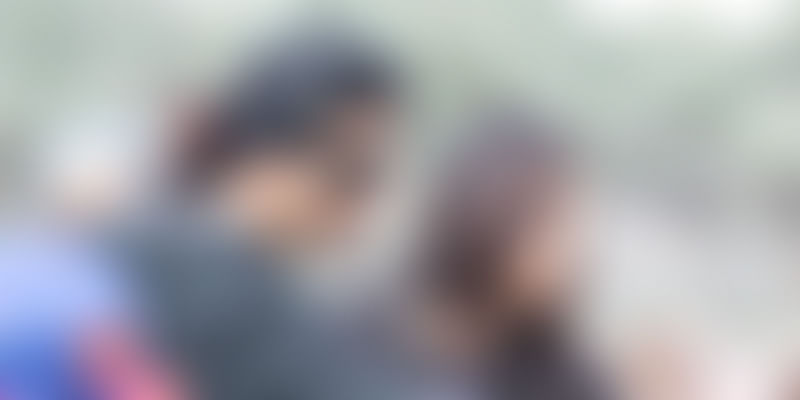 This article is brought to you by TVS.

‘I wanted to scream louder and louder’… is how Trupti Sarmalkar describes the moment she and 10 other riders reached Khardung La, one of the highest motorable roads in the world, on their TVS Scootys. The Mumbai-based fitness advisor found the call for applications by women riders for Season 2 of Himalayan Highs on The Bikerni page on Facebook, where she is a member. The ride would see 10 riders joining Anam Hashim from Season 1 of Himalayan Highs, on an epic journey to Khardung La on the TVS Scooty Zest 110.

“I decided to apply because I love riding bikes and I love adventure. Last year, I completed the ride to Uttarakhand and Himachal Pradesh. I decided I wanted to challenge myself and complete this ride on a Scooty,” says Trupti.

Trupti says she had always dreamt of going to Khardung La and had even planned to make the trip in 2017, but decided to grab this opportunity when it came. “I had just returned from Spiti Valley; but, when I saw the advertisement, I decided to apply, and got selected,” she says.

“It was an awesome experience – from the company, to the way things were organised. The terrain was challenging, but I had ridden on these kinds of terrains before so I was somewhat prepared. But, I enjoyed each and every day of the ride, and also enjoyed the challenges that I faced.”

Trupti had more than one reason to celebrate the completion of the ride. “My 50th birthday was on August 21, and we were supposed to reach Khardung La between August 20 and 21. That was the high point of the journey – I would celebrate my birthday on one of the highest roads in the world doing what I enjoy the most. That was the best birthday gift ever,” she reminisces.

“We first reached Khardung La on August 20. The next day, we were returning to Leh from Nubra via Khardung La. At Khardung La, my fellow riders organised a small surprise celebration for me. They cheered, sang ‘Happy Birthday’ and even organised a cake. I cut the cake at Nubra. We also had a celebration when we reached Leh on our return. These are golden moments that I will never forget,” says Trupti.

As one of the older riders on the trip, Trupti says she was driven by her passion for riding and her determination to complete this ride at any cost. “Despite the challenges I faced with the terrain, and with symptoms such as altitude sickness, I wanted to finish the ride at all costs. I believe that if you have the zest and the determination, and believe in your dream, you can achieve it.” Trupti says completing this ride has given her the confidence to believe that she can make her dreams come true and that no challenge is too big if you push yourself.

She is also grateful to her family for their unwavering support. “I have two children in school and college, and they were preparing for their exams. My older son told me not to worry about them and that they would manage. He even offered to take care of his younger sibling’s studies, and told me to go on this adventure without any worries. We had been given some time to discuss things with our families. I wanted to think it over and respond after a few hou

rs. But my husband was home when we got the call and he told me that there was nothing to think about…he told me to ‘just say yes’. I confirmed that I would be going on this journey within five minutes of getting the call,” she says.

Trupti says that this journey has taught her the importance of following one’s dreams, and she wants to inspire the women she coaches to do the same. “Women especially need to do this. For more than 14 years, I have been a housewife and my only thought was for my family. Housewives depend on their husbands for everything. However, I always had this passion for riding and felt that I should do something

with my life and have an identity of my own. I wanted others to look at me and feel motivated,” says Trupti.

Many homemakers feel they don’t have time for themselves, even to go for walks or to the gym, says Trupti, and adds that it’s very important to change this mindset and make time to focus on oneself. “Only if you are physically and mentally fit can you do something like this. Whether you are a housewife, a mother or a daughter-in-law, it’s very important to make time to fulfil one’s passion. That needs a lot of zest. I did it with this ride and now I am dreaming bigger. Now I want to go for a ride every year. I would love to go to Bhutan or Sikkim or even further abroad.”

Trupti, who first rode a bike when she was in her 40s, says that she feels the younger riders on the trip, who were less experienced, have discovered a passion for trips like this and will undertake more rides in the future. She feels that they have that zest in them and will fulfill more things before family responsibilities take priority.

She believes it’s never too late to follow your passion. “It’s very important to have a passion or a dream. No one should look at their age as a limitation. You can start from zero at any age.”

This is an emotion that resonates with Haridas Vhatkar, a third-generation master tabla maker, featured in filmmaker Amit Masurkar’s interpretation of zest. Vhatkar first learned the trade from his grandfather. Vhatkar says that making tablas is not just his livelihood…it is a passion. He says his ultimate dream was to make a tabla for Pandit Zakir Hussain, a dream that came true in 1998. He has also made instruments for some of the greatest percussionists of our time. He says he is amused that the artistes the world stands on its toes to see come to him to get their instruments made. Vhatkar even jokes that tablas are all he dreams of.

Such is his passion and zest for his craft.

You can see zest, the sixth video in the Himalayan High Season 2 Series here.

Watch the other videos from the Himalayan High Season 2 Series here.