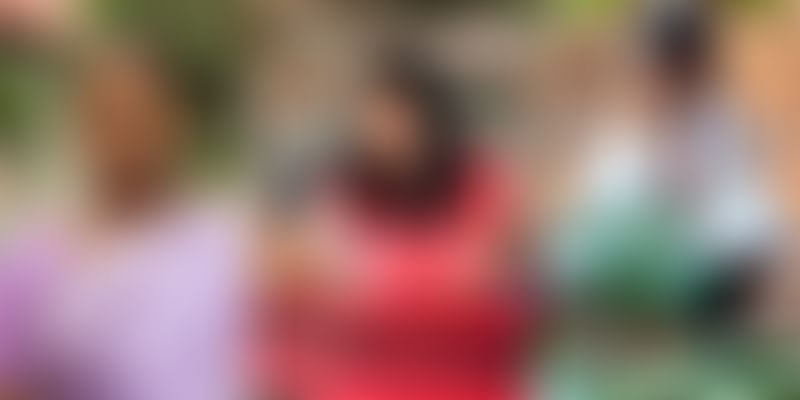 There are around 795 million hungry people in the world today. Every year, 3.1 million children under the age of five die due to poor nutrition globally, and 66 million primary school going children attend classes while hungry in developing nations. Malnutrition causes stunted growth in children and affects their cognitive development. In fact, anaemia in pregnant women can result in the birth of mentally impaired children and the death of the mother during childbirth. Chronic hunger makes both children and adults more susceptible to common illnesses and infections, and can eventually lead to death due to wasting or rapid weight loss. India tops the list as the most undernourished country with 194.6 million hungry citizens. Despite a remarkable progress in the economy, the country has failed to eradicate hunger at the grassroots levels and is home to 15 percent of the world’s hungry. What is more shocking than these troubling facts is that the world produces enough food to feed everyone sufficiently but poverty forces so many of them to sleep on empty stomach.

The World Food Day celebrates the formation of the Food and Agriculture Organization (FAO) of the United Nations (UN). It began to be observed in 1979 and is a day to raise awareness and commit to action against hunger. The UN has underscored the importance of ending world hunger to achieving sustainability, with ‘zero hunger’ being a major sustainable development goal (SDG) for 2030. Our government is trying to enhance the nation’s nutrition and food security through new policies, but this 16th of October, we highlight the work of a few non-profit organisations and foundations, big and small, trying to combat hunger in India:

Akshaya Patra is the world’s largest non-profit mid-day meal project. In fact, it began a school lunch programme even before the government of India made it compulsory for all primary schools to provide mid-day meals. Started in 2000 in Karnataka, it now serves more than 1.6 million students in public and government aided schools across 11 states, in partnership with the central and state governments and with funding from private donors. The foundation functions on a principle of complete transparency and discloses all their financials on the website. It runs both centralised and de-centralised kitchens, the latter of which are operated by women self-help groups (SHGs) trained and guided by members of the foundation. It delivers nutritious food cooked in hygienic kitchens operated at 26 different locations. Akshaya Patra’s mission is to ensure that children are not kept from education because of hunger and aims to feed five million children by 2020.

Fight Hunger Foundation works to prevent severe malnutrition among underprivileged children in Rajasthan, Madhya Pradesh and Mumbai. Launched in 2012, Prof M S Swaminathan serves as the chairman emeritus of the foundation, which has partnerships with the Ministry of Health and Family Welfare, Department of Women and Child Development and other public and private organisations. Members of the foundation start with identifying chronically undernourished children and then collaborate with the community and local healthcare providers to ensure inpatient and outpatient care. They hold awareness campaigns on nutrition and hygiene as well as train medical personnel in local hospitals to treat malnutrition and follow up on patients. Fight Hunger Foundation takes a holistic approach towards enabling communities to reduce hunger using local affordable food items for diverse nutrients.

Feeding India’s volunteers or Hunger Heroes as they are called, have been working to provide food to the hungry for two years now. They collect leftover food from parties, weddings or other events and distribute it in shelter homes. The organisation has a helpline and an App through which donors can notify them about the food they wish to contribute. Volunteers then go to the donors, check the food and transport it to the destination. Additionally, they have also partnered with catering companies, which inform them about functions in advance, in order to have a regular supply of food. Feeding India operates in 32 cities today with more than 2,000 volunteers, having served over 1,30,000 meals so far. They don’t simply deliver any meal to the people but select and provide them based on the nutrition needs of those they serve. Feeding India aims to improve health, lessen inequalities and end hunger sustainably through hyperlocal distribution of food.

No Hungry Child is the name of the project started by former corporate sector employee V.Sridhar who wanted to provide nutritious meals to children in the country. At the core of No Hungry Child’s objectives are rural development, spreading awareness and involving communities for their own betterment. But what is interesting about the initiative is that not only do they distribute meals, they also provide funding to other registered NGOs to cook and serve free food to the poor. They began with 250 children in 2009 and today cover over 20,000 children in 19 cities. The project places strong emphasis on hygiene and ensures that the kitchens, cooking staff, places of eating and the children themselves follow strict cleanliness practices.

Embracing the World is a global initiative that works towards alleviating poverty. According to them, they try to provide five basic needs – food, shelter, healthcare, education and livelihood, “whenever and wherever possible.” The initiative helps feed 10 million people every year in India through the ashrams and regional centres of the founder, Mata Amritanandamayi Devi. They even distribute rice, milk and uncooked food to tribal communities in remote areas. People in need are welcomed at the ashrams and provided with hot meals and the volunteers get to know them better to further aid them in battling their problems. Embracing the World is notably active during emergencies and natural disasters, both in donating money as well as assisting the victims. After the 2004 tsunami, they provided over six million free meals and 185 tons of uncooked rice to the survivors in India.

Founded by a final year engineering student Mustafa Hashmi in Hyderabad, GlowTide has been providing meals to homeless people in the city for three years now. The organisation collects uneaten food from hotels, corporate canteens and banquet halls, and package it to distribute among the hungry. With a mission to spread as much happiness as they can, GlowTide feeds more than 400 people every day and has saved 800 tonnes of food so far.

Skip a meal is a student driven initiative where volunteers forego one meal each week and give them to people in need. It was started by Arpan Roy when he was a student at Tata Institute of Social Sciences (TISS) in Tuljapur, Maharashtra, who was taught by his parents to never miss a chance to help the underprivileged. And so, he and some of his classmates started skipping meals in 2012 to provide for the children at a nearby orphanage. Today, two more colleges in New Delhi and Chennai have joined the initiative and together, they manage to feed 1,300 people each week. Skip a meal hopes to involve more students and young working professionals across the country because of their belief that this age group is capable of coming up with the most innovative solutions to problems.

Three thousand children die every day in India due to malnutrition and 51 percent of women between the ages 15 and 59 suffer from anaemia. And yet, food production continues to reach new highs. World Food Day is a reminder that economic inequality is excluding millions of people from access to basic sustenance. Poverty and hunger go hand in hand, hence unless we raise awareness and fight for the progress of disadvantaged communities, eradication of hunger cannot be realised by the world.