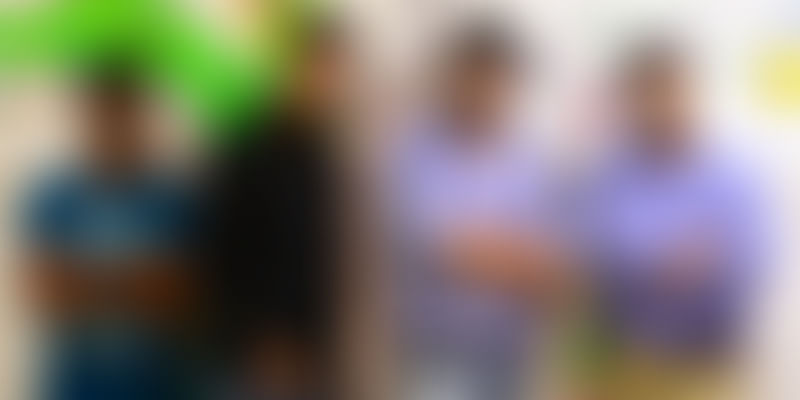 Kruzr is a driving assistant app designed to protect users while driving. The app claims to start automatically within 15 seconds every time a user starts driving or sits in a moving vehicle. Kruzr then handles all the user’s calls and messages and let's important communication reach users. Pallav noted,

Think of Kruzr like Google Assistant or Amazon Echo, but for driving. It can read out your texts and caller information for you. Also, whenever you get a call, Kruzr will inform the caller that you are driving and if it is something very important, they can press 1 to reach to you.

To avoid distractions, all messages and notifications are hidden till the user completes the drive. While smartphones are distractions for drivers trying to concentrate on the road, there are some features and apps like-navigation and music players, which are beneficial. For this, Kruzr includes a ‘Drive Mode’ feature which allows users to access some specific apps, which read out loud information or have large simplified buttons for easy access.

Kruzr was founded in September 2016 by Pallav Singh (32) and Dinesh Fatehpuria (28). Pallav functions as the CEO and noted that he is passionate about building technology to solve critical social problems. An IIT Bombay graduate, Pallav previously worked as a Consultant for Greentech Knowledge Solutions, where was involved in creating and implementing a roadmap for Solar Thermal Technologies in India, to help build energy efficiency.

Dinesh, Co-founder and CTO, is a mobile applications architect and has prior experience and expertise in designing, and integrating business processes with mobile technologies and backend systems. Kruzr currently consists of two full-time employees (excluding the founders) and Kunal Kislay (33), CEO at Integration Wizard Solutions, is one of their mentors.

Pallav and Dinesh realised that while smartphones had disrupted almost every sector globally, many people are now addicted to them and need to change their behaviour while on the move, like driving. Based on market research, the duo realised that more than 25 percent of vehicular accidents are actually caused by people using their phones while driving. Driver errors are estimated to account for about 70 percent accidents in India, while automobile faults account for only about five percent. Pallav said,

So, they decided to work on this problem together that could help drivers better concentrate on the road and not get distracted with their smartphones. Thus, Kruzr was born and the team beta tested their app with about 200 users, before finally making it public in early October this year.

While vehicular movement is comparatively easy to detect through GPS, gyroscopes and other in-built features in modern day smartphones, Pallav noted that accurate crash detection is still in early stages. They have currently partnered with one of the IIT’s in India for further R&D, before deploying it fully. Talking about how it would work, Pallav explained,

In case of a crash, the g-forces acting on a car are massively higher than other situations. So Kruzr is able to detect that anomaly to identify crashes. As long as the smartphone is still functioning after the crash, we can gather further information to help authorities.

Currently bootstrapped, Kruzr aims to reach out to external investors soon to help them accelerate their R&D and operations. Currently available only for Android users, the iOS version is scheduled to be launched in early 2017. Pallav noted that as Android provided a more open platform and has a large user base in India, they decided to focus on it first.

The long term aim though is to be active on both platforms and go beyond the Indian market. Pallav said, “Driver safety is a global pain point. So, we believe there is a big global market for Kruzr.”

Based on the feedback from beta testers and new users, Kruzr also aims to add additional features like a chatbot that automatically shares estimated time of arrival (ETA) of the driver to contacts who try to reach out to him or her. This would help both parties better plan their communication and prevent confusion.

An estimated 1.2 million people lose their lives in accidents globally every year, with twice more being seriously injured or permanently disabled. In India alone, about two lakh people are estimated to lose their lives every year in vehicular accidents. Hence, road safety is a top priority globally and in India.

In August 2016, The Government of Andhra Pradesh and cab-aggregator Ola concluded a two-day 'National Workshop on Road safety', which was hosted by World Bank and Ministry of Road Transport and Highways (Government of India). The participants brainstormed on challenges in implementing intelligent transport system and innovative road safety initiatives.

Automatic, based out of San Francisco, USA, is a well-known player in the smart driving assistant space. Founded in 2011, Automatic helps users with car monitoring, saving money on fuel, remembering where they have parked, send out DND messages or call for help in case of a crash.

Other legacy companies like Motorola too have tried their hand at this space with initiatives like ‘Motoralla Assist’. Higher end ‘smart cars’ already come with a lot of built-in emergency features but there is still a market for smartphone apps, for people who want an additional backup, can’t afford an expensive smart car or rely on public transport a lot.

Kruzr is a well thought out app that aims to solve difficult and sensitive problems - smartphone addiction and post-crash relief. For a minimum viable product, the app is well designed and self-explanatory. The ‘Last ride summary’ and ‘Overall stats’ features include a ride safety score, which helps drivers better understand their driving patterns and stay safe. The call handling feature is good for drivers who are easily distracted by a ringing smartphone.

While Kruzr works well in most cases, I sometimes found that the app incorrectly thought I was in a moving vehicle even while walking around on the road or indoors at a slow pace. So, the detection algorithms may need to be further tweaked to differentiate between walking and actually moving in a vehicle. The crash detection feature is not fully operational yet and is difficult to test out, so it is not possible to comment in detail about that feature. Overall, Kruzr is an interesting attempt to provide a hands-free way of leveraging a smartphone’s capabilities to communicate with family also ensure safety.