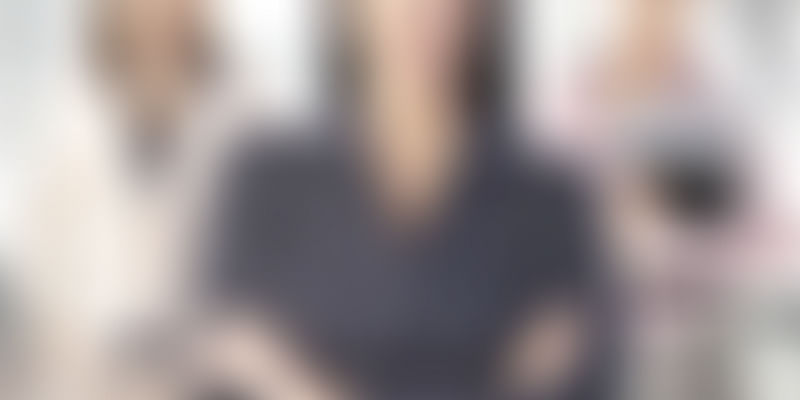 I have always been passionate about early childhood education and a professional who never cared to follow the path laid by society. I was a mid-career student at London Business School when rapid urbanisation and rise of dual-income families in Indian metros struck me as an opportunity. This new opportunity was only just the beginning of considering women at work as the norm rather than an exception. I felt that high-quality and uncompromised childcare support was the gap that needed to be addressed to drive women’s re-employability.

Globally, the conversation about women in the workforce is gaining more momentum. However, India is still ranked 87th when it comes to the female-male ratio at the workplace. Presently, women in India only represent 24 percent of the paid labour force as against the global average of 40 percent. Their contribution to the national GDP is 17 percent, much lower than the global average of 37 percent. If the participation of women in the Indian workforce can be increased to 41 percent by 2025, the GDP could be boosted by an estimated Rs 46 lakh crore ($700 billion).

The “What” and the “Why” of the problem

If we look closely at the reasons for this lack of women in the workforce, we see that most women choose to take a break from their career for family or maternity-related reasons. This temporary hiatus from work makes it difficult for them to re-enter the workforce. In times when unemployment is still high, for mothers returning to work after a career break, the challenge can be almost overwhelming. So it should come as no surprise that 48 percent of women in India abort their careers midway, which is 20 percent more than the global average. This puts the issue of women’s re-employability in this country at the forefront.

The key challenges faced by women returning to work after a maternity break are the lack of workplaces that offer flexible work options and the unavailability of quality pre-schools and daycare centres for childcare.

The actual transition back to work after a prolonged hiatus might be tough for women who have spent months or even years out of touch with their chosen field. This causes a dulling of their skill set and in turn decreased confidence in their working ability.

Further discouraging women from returning to employment after their career break, is the insensitivity and indirect pressure present in the working culture of many companies. A working mother is not always considered a long-term asset to the company — they are seen as liable to take more leaves and likely to quit. While the maternity bill clearly outlines safeguards against discrimination of new mothers, they might even be denied promotions or forced to take pay cuts after availing the maternity leave they are owed.

While there is a section of corporate India evolving towards gender-sensitive policies such as flexible hours and childcare services for working mothers, there are also companies on the other end of the spectrum where women still have to struggle with their work-life balance. Despite the significant effort needed to restart a career after taking a break, most companies do not provide women any incentives to continue working at an

While there is a section of corporate India evolving towards gender-sensitive policies such as flexible hours and childcare services for working mothers, there are also companies on the other end of the spectrum where women still have to struggle with their work-life balance. Despite the significant effort needed to restart a career after taking a break, most companies do not provide women any incentives to continue working at an organisation after having a baby, forcing women to choose between work and the home.

Only when quality and affordable childcare is assured to them, can women be empowered – both financially and personally. Apart from quality childcare, companies can offer re-introduction programmes with internships or part-time positions before getting employees on board full-time to make the transition back to work as seamless as possible.

Phillips’ second innings initiative encourages women back to mainstream work environment after extended sabbaticals, which may have been due to motherhood or any other personal reasons. Tata's Second Career Internship Programme is a career transition management programme for women professionals who have taken a break of at least six months for any reason, and wish to re-enter the professional space. Genpact's Career 2.0 is a programme aimed at women who are looking to make a comeback to the corporate world after a sabbatical or career break and aims to bring talented and experienced women back to corporate world.

Genpact's Career 2.0 is a programme aimed at women who are looking to make a comeback to the corporate world after a sabbatical or career break and aims to bring talented and experienced women back to corporate world. HUL's Career by Choice is based on the insight that there is a need for a gradual transition as women on a career break to step back into the working world.

Not only big companies, but startups are also playing a role in getting women back to work. Sheroes, a woman focussed recruitment startup helps women who have taken a career break for whatever the reason, find work. The startup gives these women jobs that offer flexibility in terms of work-hours etc.

Many daycare centres offer working mothers the opportunity to leave their children in a safe and hygienic place where they are looked after by professional staff and trained nurses. Having childcare support in place, whether off-site or on-site, not only helps companies bring women back to work but also boosts their morale, reduces absenteeism and increases productivity. In this way, companies can hire individuals who have valuable life experiences that can benefit the company and recruit from a fresh pool of highly talented individuals who they can’t reach through normal recruiting methods.

The government too has a major role to play in women re-employability. Schemes such as the Rajiv Gandhi National Creche Scheme for the Children of Working Mothers aims to provide day-care facilities for children (six months to six years) of working mothers in the community and to help educate and empower parents/caregivers for better childcare.

Approaching the issue of women’s re-employability with sensitivity is a must in order to achieve the targets listed in the newly ratified United Nations’ sustainable development goals - gender equality and economic growth through employment. True economic parity, however, can only be realised when women can go beyond making a choice between contributing to their countries’ development and sustaining their households and are able to perform both roles successfully.