Be part of the change, take the CVC’s pledge to put an end to corruption in India 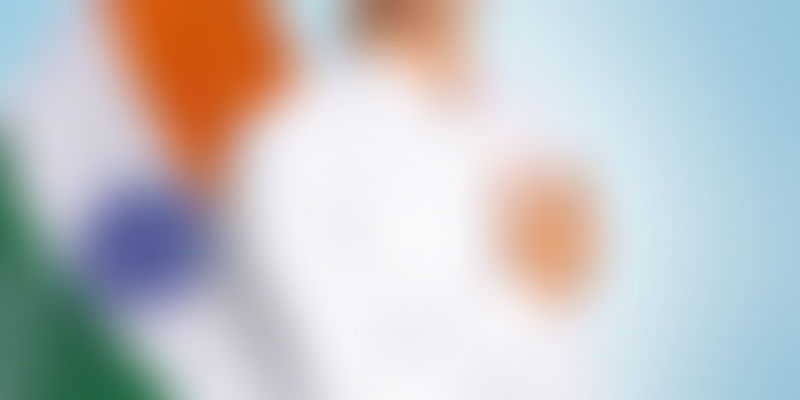 Have you taken the pledge to promote integrity and eradicate corruption?

More than 3.66 lakh ordinary citizens have already taken the pledge being promoted by the Central Vigilance Commission, which is celebrating this week as Vigilance Awareness Week.

All these years, the CVC had limited itself to oath taking at central government organisations and state government departments, but this year, it has extended the pledge to every citizen, in line with the Narendra Modi government’s promise of providing a corruption-free administration.

Central Vigilance Commissioner K V Chowdary said that as part of its efforts to promote probity in public life and to achieve a corruption-free society, the CVC observes Vigilance Awareness Week every year beginning on October 31, which is also the birthday of Sardar Vallabhbhai Patel.

The observance of Vigilance Awareness Week renews our commitment to achieve the goal of promoting integrity, transparency and accountability in public life. The Commission, therefore, lays emphasis on the generation of awareness among the public as a more effective and sustainable means of fighting corruption.

This year, the theme `Public participation in promoting integrity and eradicating corruption’ has been chosen by the Commission. As every citizen is aware, the act of corruption is two-way traffic – the giver is as guilty as the taker.

"I was one of the first to take the e-pledge. I am happy lakhs of ordinary citizens like me are taking it. We have to root out corruption, which has become like a cancer in our society," said Sandeep Agarwal, a businessman from Bengaluru who claims to encounter an extended hand in every government department he deals with.

Citizens who received a link on their mobile phones from banks, government offices and other institutions where their numbers were registered have been asked to take an e-pledge by visiting www.pledge.cvc.nic.in, for which they will get a certificate in their name.

As of the evening of November 4, the Central Vigilance Commission site says 365,934 citizens and 15,261 organisations have taken the pledge, almost double the number from a day earlier.

Those volunteering to take the pledge can do so in the language of their choice, with multiple language options available.

Upon clicking on the page, one is taken through three easy steps – the entering of basic details, selecting the pledge language and reading the pledge. Once done, you can either receive the certificate of commitment by mail or through a download.

“I believe that corruption has been one of the major obstacles to the economic, political and social progress of our country. I believe that all stakeholders, such as the government, citizens and the private sector, need to work together to eradicate corruption.

I realise that every citizen should be vigilant and commit to the highest standards of honesty and integrity at all times and support the fight against corruption.

To follow probity and the rule of law in all walks of life.

To neither take nor offer a bribe.

To perform all tasks in an honest and transparent manner.

To be accountable for my actions.

To act in the public interest.

To lead by example, exhibiting integrity in personal behaviour.

To report any incident of corruption to the appropriate agency.

To authenticate the person taking the pledge, details of a government-issued identity card are necessary, apart from an OTP SMS that will be sent to your phone.

During the Vigilance Awareness Week last year, competitions and activities for college and school students were conducted by various organisations on a large scale, reaching out to about 1,600 colleges and 2,300 schools in over 400 towns and cities across the country. This year, the CVC decided to involve citizens directly.