Fed up of getting gifts you don’t want? GiftZenie has the answer 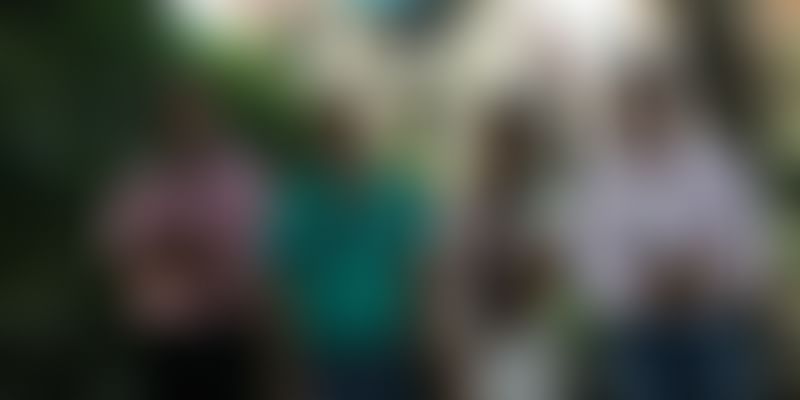 The festive season just went by, and we are well aware of the formalities that the occasion demanded. We know that it was probably common for several of us to ‘recycle’ our gift boxes. All those sweets and dry fruit boxes that we received during the weekend were simply redistributed.

Most of the gifts we receive, be it for a wedding, baby shower, house-warming or anniversary, aren’t what we would prefer. It was a problem that Rahul Handa and Prodeep Ghosh, friends for over two decades, had faced in the past.

Rahul has been the consulting partner, retail and consumer goods Nordics for Cognizant, and has also worked for Gartner Consulting, Ernst & Young and AF Ferguson. Prodeep has been the COO, India for Kalpan and has worked for companies like HCL and NIIT.

Their most recent experiences on this front set them thinking. When Prodeep’s daughter was heading to the US post her marriage, her room was filled with dinner-set boxes that she wasn’t taking with her. At about the same time, Rahul and his wife were going to a baby shower and could not figure out what to buy for the newborn twins. While separate events, they worked as catalysts, and GiftZenie came to be born.

GiftZenie is a cross-event gift-list sharing and fulfillment platform that provides curated products and services. “The idea is very common in the US, Europe, South Africa, Australia and New Zealand. We have taken that idea and Indian-ised it,” says Rahul.

Bringing in a new concept

In essence, the idea is that whatever the occasion, people can use GiftZenie. They need to set up an account on the platform, put up products and services they want for the occasion on a ‘Gift List’ or ‘Gift Registry’, add guests via an excel sheet or Facebook, and share the registry with them.

“The idea is to ensure that people have the options of choosing the gift and pooling in money with common friends. Each person can pay using the GiftZenie system, or even contribute a certain amount of money towards a particular product or service,” Rahul says.

The team has also built something called the ReccoGift function, which allows guests to recommend gifts to the host. In cases where the host hasn’t sent out a gift list, the guest has the choice of sending a list of recommended products and services.

However, while the idea sounded brilliant, the duo wondered whether it would work in India. They knew that it was a challenge to understand if it was a workable idea, in a country where people have a psychological impediment in explicitly asking for what they want. Rahul says,

“We commissioned IMRB to conduct a study on the question. And they answered in the affirmative, with the caveat that the concept is not a mass market one. There is a specific market segment where the acceptability is there.”

Thus, looking at their target segment, the team created a list of brands, which they then proceeded to meet and onboard after an explanation of the concept. Rahul claims that the team now has over 25 brands and 1,200 products and services to offer.

“The next challenge that we are grappling with is customer acquisition. This is a work in progress. At this point in time, we have over 10,000 people on various GiftZenie social pages,” claims Rahul.

The team and differentiators

For building the initial team, Rahul and Prodeep met different people through common connections, and soon found Shubhi Talwar, who was the sourcing business development head for SnapDeal Genesys Luxury Fashion. They also onboarded a team of experts, consisting of Shantanu Rudra for finance, Suresh Mansharamani for operations and Nitin Dave for logistics.

The market for gifting is fast growing, with several players entering the game. Internationally, the market is big, with dominant social gifting players like Wrapp and Chicago-based Boomberg seeing considerable investment.

There are also other Indian gifting platforms in the space like Wedtree, which is primarily focused on weddings. The idea of a gift registry is different and new to India. Live for three months, GiftZenie claims to make over 12 sales a day and has four registries set up for different events in November and December.

Another differentiator is the fact that the platform has a curated product list, featuring only well-known brands. The platform doesn’t carry any kind of gift cards or vouchers.

In the case of the requisite amount of money for a particular gift not being collected fully, the host has the option of either using the money to buy other products and services from GiftZenie or getting their money back.

“We will charge a small fee and send the money back to them as a Pre-Loaded MasterCard that they can use anywhere and for anything. We want to put in a few more bells and whistles and also expand into nascent markets including Dubai and SE Asia.”