History beckons the US, but Hillary is not the first woman to run for US President 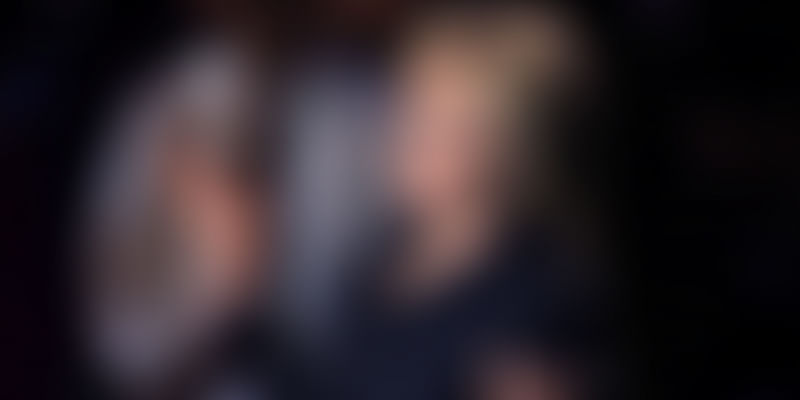 In just few hours, American voters are set to create a historic first if they elect Hillary Clinton over Donald Trump as their 45th President. If Hillary wins, then it will be the first time in the world’s oldest democracy that a woman is being elected as the President and commander-in-chief of its armed forces.

While the US set many trends when it came to women and their rights for the world to follow, it is rather surprising that it took 240 years for its women in politics to break the glass ceiling and get nominated as the official candidate of a major political party. At least, in this respect, the Democrats are one up against the Republicans when they nominated Hillary. The closest the two parties came to was nominating one woman each as vice-presidential candidate or the running mate. Geraldine Ferraro was nominated by The Democratic party in 1984 and Sarah Palin by the Republican party in 2008.

But, there have been other women apart from Hillary who ran for President. Surprised? In fact, there is another woman in the running even now – Jill Stein is the Green Party’s official nominee. In fact, she was her party’s nominee in 2012 too!

These women have been officially nominated by their respective parties to run for President ‑ Jill twice and Cynthia McKinney in 2008 for the Greens Party; Roseanne Barr in 2012 from Peace and Freedom Party; Lenora Fulani in 1992 and 1998 from the New Alliance Party, Sonia Johnson from Citizens’ Party in 1984, Ellen McCormack from Right to Life Party in 1980; Linda Jenness in 1972 from New Socialist Party though she was officially not 35 years to be President; and Gracie Allen from Surprise Party in 1940.

Further down the democratic road, Victoria Woodhull was the first woman to run for President in 1872 poll as Equal Rights Party candidate. An advocate of `free love’, which she interpreted as freedom for people to marry, divorce, or bear children without government interference. It was also a time when women did not have voting rights. And, those brave enough to visit a polling booth were arrested.

In 1884, Belva Ann Lockwood became the first woman to appear as a Presidential candidate on official ballot paper. But, none of these women ever scored more than a lakh votes.

So, why didn’t any of them make it to the hot seat? That’s because the truth is in male-dominated politics of the US, where a two-party system has been long in play, women mattered little. They could not be seen occupying the hot seat as a commander of the armed forces or for that matter putting their finger on the nuclear button. It was a macho thing to do and the closest women came to being President was in corporate boardrooms.

“The US is not advanced in many ways that we think. There are no equal job opportunities, no freedom to choose on issues related to health such as abortion, no extended maternity leave, the percentage of women in science is low because of a lack of encouragement and the list can go on,’’ says Farwa Imam Ali, a Silicon Valley-based Indian journalist living in the US for more than a decade now.

“So when basics are missing, how can they get ready to let a woman lead them?’’ she asks quite shocked at discovering an America which actually mistreats its womenfolk.

Even to win this nomination within her own party, Hillary had to appease skeptics on the left (she is too far right) and taken progressive stances on immigration, gay marriage, voting rights, criminal justice, campaign finance and other hot topics.

The whole polling process which saw Trump and Hillary harping on wanting to ‘Make America Great Again’ is nothing but hypocritical to say the least.

The country, as a whole, has so many bad things that few can lump it. The US talks about green energy so passionately even as it emerges as the highest fossil fuel gulper. Only recently, China is inching closer in this. The US started to appreciate gay marriages only recently. The world’s oldest democracy which prides on equal rights has a history of racism witnessed recently when there was a spurt of unarmed black men being killed by mostly white police officers. Abortion is a major issue. Sexism is too. Take a look at how many women are indeed present in its boardrooms. Its liberal gun laws have made generations of Americans trigger-happy and nothing can be sadder than shootouts at schools, often by revenge-obsessed teenagers.

In fact, most of present-day US has been built by second-generation Americans or by immigrants. Trump too was born to immigrant parents, a German father who arrived on a steamboat and a Scottish mom whom he inherited the flamboyance from, as he claims.

And the worst medieval practice for a technologically advanced country is its belief in the paper ballots.

For all its modernity and ushering in the computer age, many US states still vote traditionally using ballot paper or electronic cards that replaced punching machine and not with electronic voting machines (EVMs). It’s another matter that much of the world, including poor African nations, have moved on to use EVMs.

In fact, any debate about introduction of EVMs are met with stiff resistance as they are said to be “outdated, insecure, and no longer manufactured”.’ The country is also paranoid about Russian cyber-attacks. For a nation that has whole power grids linked to computers, it’s a wonder they still opt for ballot papers.

It’s the same old story with regard to bridges, buildings, roads, railroads and other infrastructure which are creaking old and nothing has been built or added in the last two decades or so.

Is America great in tech? Vala Afshar (@ValaAfshar), a regular tweeter, does not agree. He says most of the country has been built by second-generations citizens or immigrants. One of his tweets on Nov 5, 2016, noted:

Getting away with impunity

Delhi-based writer Jason Overdorf from Michigan, a swing state, says that all the low brow activity in this election let loose by Trump makes him very nervous. “It’s remarkable that he’s got a free pass on so many things. All the things he said and did would have been a killer for anyone else. It’s both bizarre and strange that America today can take all this in its stride,” he says referring to the 18 women who made serious allegations of grope, forced kisses and indecent proposals, some of which Trump himself admitted to.

His Facebook friends back home, who are lifelong Republicans, assured him that they would not vote for Trump, with a few exceptions. But, the trend in the party is that Republicans are not going to break ranks – one it’s a woman who’s going to win and secondly the Democrats have already ruled for two terms. “It suits the Republican party that Hillary Clinton is far too right for Democrats.”

Overdorf says this 2016 US Presidential poll is worse than any Indian election. He says,

We always remember Narendra Modi as a demagogic and strong leader, but when he ran for Prime Minister, he completely toned down. But Trump didn’t. My strong feeling is that Hillary will win.

But, that he admits may bring on a whole lot of problems and that Hillary should be prepared for an onslaught of obstructionism.

But, to be fair to Hillary and the fair sex, this election has become much more of a revolution of sorts. Her supporters plan to celebrate election day as Pantsuit day, the preferred sartorial style of Hillary. Her supporters plan to wear the signature outfit on poll day, which was started by a private Facebook group Pantsuit Nation. In a matter of weeks, this phenomenon spread to become a public Facebook page as well as #PantsuitNation to join the conversation.

So, will the former first lady finally become the first lady President of the United States? And, will it bring in a revolution and make America a pantsuit nation? Just wait for the results!