Moving beyond the World Robot Olympiad, how soon can India be at the Cyborg Olympics? 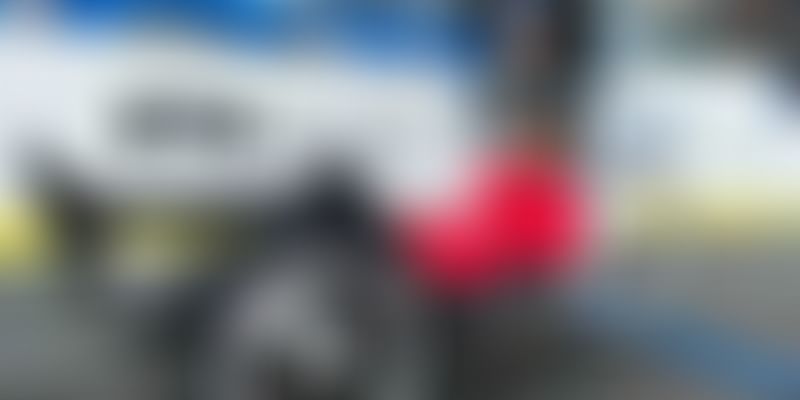 This year, India hosted the World Robot Olympiad for the very first time. The event, which concluded in Greater Noida on November 27, 2016, saw participation from  students from over 55 countries.

With 'Rap the Scrap' as its theme, the competition focused on using robots for municipal applications such as waste management. The event was organised by the STEM Foundation and to India's credit, the interest in using robots to service mankind has finally taken root. However, this isn't enough to conceal the fact that the nation lags behind many countries in bionic research, as was obvious from the lack of an Indian presence at the Cyborg Olympics, or Cybathlon, held in Zurich last month.

The world is already advancing in cyborg research and India has to catch up.

Yes, cyborgs are here, and no, you are not reading a news piece from the future. Just the fact that many of us will be surprised as this shows how much ground the country needs to gain. However, although cyborgs are yet to gain any research or commercial recognition in India, robots are used in Indian industry — the $110-billion automobile industry is the largest consumer of robots.

So is there a startup ecosystem around it? While there are around 10 robotics companies in India, focusing on industrial robot chores, only three have commercial operations. The rest are still in their research phase.

Globally, these robot startups have to compete with the likes of FANUC, KUKA, Hitachi, and Husky. According to World Robotics, there were five major markets representing 75 percent of the total sales volume in 2015 — China, the Republic of Korea, Japan, the United States, and Germany. Sales volume increased from 70 percent in 2014.

Since 2013, China has been the biggest robot market in the world. With sales of about 68,600 industrial robots in 2015 — an increase of 20 percent from 2014 — China alone surpassed Europe’s total sales volume (50,100 units). Chinese robot suppliers installed about 20,400 units according to information from the China Robot Industry Alliance (CRIA). Their sales volume was about 29 percent higher than in 2014.

With this backdrop, the need for robots to aid human beings is becoming an absolute necessity, and not in manufacturing alone. According to the United Nations, there are 21 million people suffering from physical disabilities in India. It is about time a fund — whether government or private — is set up to research brain and machine interfaces and to aid startups that are working on such projects.

The Games and livelihood for the disabled

The disciplines at the Cybathlon were titled Brain Computer Interface Race, Functional Electrical Stimulation Bike Race, Powered Arm and Leg Prosthesis Race, and Powered Exoskeleton and Wheelchair Race. The participants were scientists and researchers from universities who showed the world that these bionic arms and legs could enable people with amputations to perform normal tasks even without their biological parts. The intent was to show the world that muscular functions can be captured by an algorithm, with the machine simulating messages to the brain that there are functions to be performed.

“Machine learning algorithms that reproduce brain and muscular function can change human life. But this is an arduous task because engineers have to understand biology,” says Vikram Rastogi, Co-founder of Aami, a company which builds devices that enabled the blind to read. Although it may seem like something out of RoboCop right now, “The way research is going, efficient, 100-percent bionic arms and legs are going to be commonplace in 30 years,” says Jayanth Jagadeesh, Founder of Raksha SafeDrive, a company that is making cars intelligent.

But for now, the task for all the dreamers and researchers is to have such technologies delivered to healthcare. At Cybathlon, there were intelligent “human carrying” wheelchairs that manoeuvered stairs like walking robots and there were robotic exoskeletons for people with paralysis to walk.

According to Market and Markets, the size of the industrial robotics industry would be close to $79.5 billion by 2022 and that of home robotics would be $7.8 billion by 2020.

Like Isaac Asimov said in his Foundation series, it is only a matter of time until lines of code will begin dreaming. The first phase, where machines will help us, has already begun. Then will come the second stage, which is to become us.