Is it a late but happy Dhanteras for mobile wallets after PM Modi’s surgical strike on cash? 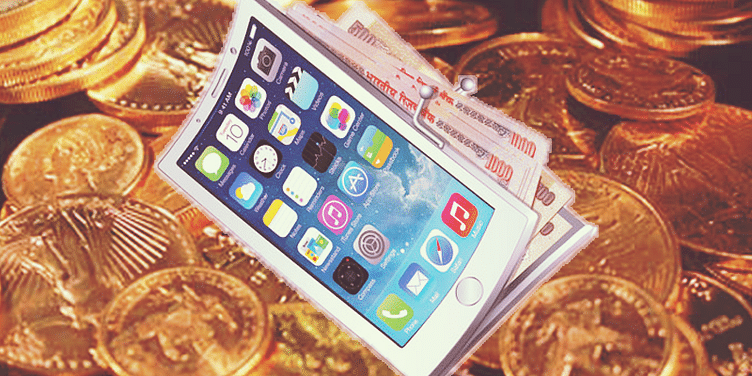 It’s safe to say that cash isn’t safe – this is the clarion call administered by the cashless warriors of our time – the mobile wallet ecosystem, one of the biggest gainers from the ban on Rs 500 and Rs 1,000 notes. Players in the space are understandably milking this opportunity, aiming to become a permanent alternative to petty cash. Fighting it out in an otherwise cutthroat market, the thought that is uniting evangelists and patrons of the UPI revolution in India is the notion that cash has lost its incentive.

With Rs 500 and Rs 1,000 notes no longer deemed legal tender, the next fifty days will see a fundamental and permanent shift towards a cashless India - not just for consumers, but also for businesses, according to MobiKwik co-founder and CEO Bipin Preet Singh. While MobiKwik is scaling up in preparation for fifty-fold growth, Paytm has already seen a massive increase in merchant as well as customer sign-ups, both online and offline.

"The biggest, the boldest, and the most ambitious surgical strike by any government in the world. Hats off to our PM for removing Rs 500/1,000 notes [sic]," Paytm's Vijay Shekhar Sharma tweeted as PM Modi made the announcement. "It's a celebration all across! Cheers to our PM. India never was such a 'fav' for tech revolution," said his next tweet.

Who else has their eye on the prize?

The pie in the oven is going to be shared not just by mobile wallets, but by all operators in the digital payments space, including online banking, payments by debit and credit cards, and digital meal vouchers.

There is a widespread dread in the market surrounding cash. Holders of cash will hoard their smaller denomination notes, while finding few takers, if any, for their Rs 500 and Rs 1,000 notes. Even those in the white sphere intending to get their notes exchanged will inevitably experience a frenzied scramble, and it will be a while before things settle down and the transition is carried out smoothly. As a result of this chaos, alternate modes of payment will thrive, and mobile wallets are definitely high up on the list for the savvier customers.

Companies in the transaction acquiring business are going to see a sharp increase in demand. However, there are only about 1.3 million EDC machines in the country. Cards are going to remain the dominant mode of transacting for some time to come, with about 700 million of them in the country. Merchants will need to adopt card machines fairly quickly; the number of machines in use may double within this financial year. Until then, transaction acquiring through UPI may see accelerated adoption – and that, right there, is all that the mobile wallets companies are really asking for, one chance for customers to see how convenient it is to pay through a wallet. While an army of old loyalists already swears by this option, this is their golden chance to convert non-believers into users and, finally, loyalists.

“Unfortunately, some people will be negatively impacted, but the corner cases have been adequately addressed,” adds Bipin.

Paytm expects more and more merchants, initially wary of adopting the wallet medium, to now fall in line, in order to keep petty cash transactions smooth and not experience a freeze in demand.

The tables have turned - for the short term, merchants will now be skeptical or completely resistant to accepting cash in the illegitimate denominations. And at the same time, customers will seek and prefer the online payment option and may start demanding the medium while shopping from mom-and-pop retailers selling utilities products and low-end essentials.

While talking to YourStory, Govind Rajan, Chief Executive Officer, Freecharge, claims that there was a twelvefold surge in the wallet balances of their customers overnight, after the announcement. He adds, “This is a game-changing decision. Structurally, we are going to have a situation where e-cash is better than physical cash. Also, we are expecting a huge surge in digital transactions from offline to online, with consumers getting into the habit of using digital payments.”

As PoS machines are an expensive affair, setting up a mobile wallet is a viable middle ground. Even though transferring balance back from mobile wallets to banks is chargeable, with the wallets taking a one percent premium, it will be a quicker, more convenient medium.

“We are seeing an incredible increase in merchant sign-ups, both online and offline. Online merchants who were relying on COD will need Paytm’s easy-to-use and ubiquitous solution. For offline merchants and delivery persons, we are the logical substitute for cash, with our zero merchant discount rate solution and easy-to-use QR codes,” says Madhur Deora, CFO of Paytm.

The customer is still king

Customers shopping online for essentials will try to wrap up all transactions digitally; however, the demand in semi-to-high luxury products, like high-end electronics, may experience a temporary hiatus as people delay purchases.

This phenomenon will not exactly be averted by mobile wallets – even though the monthly cash transfer limit for wallets like Paytm can be raised from Rs 10,000 to Rs 1,00,000 through a small uncomplicated process, not many customers have opted for the upgrade yet. But the numbers have definitely seen a sharp spike since the announcement.

“We are seeing a massive number of new customer sign-ups and also existing customers increasing their limits through KYC,” says Madhur.

Govind says, “We will be adding a ‘Pay by FC’ option for our Snapdeal customers as we see that as the first sweet spot for converting more customers. This is because there would be a drastic drop in e-commerce payments.”

He goes on to add,

“Yes, we will be more aggressive, rolling out a lot of interesting things in the future. And our UI will compliment it, considering that we have a three step, no type and only tap experience for our app.”

But with a mere three to five percent of the total population transacting digitally, the need of the hour is to foster true inclusivity in the system, bringing the smallest retailers and consumers into the electronic payments sphere.

Commenting on a few upcoming trends, Sanjay Swamy, Managing Partner, Prime Venture Partners, believes that there might be an upsurge in digital payments with one not having to think about the safety of cash anymore.

The number of saved cards also grew by 30 percent, pointing at a strong set of repeat customers the platform has now acquired. Further, the company claims to have noted 1,000 percent growth in money added to the wallet and a 400 percent growth in the transaction value of offline payments.

In the spirit of inclusivity

There will be a fundamental shift towards the adoption of cashless across the spectrum, from the poor to the rich. The poor will not want to risk their cash again, while the rich know that it’s no longer possible to stash a pile of cash.

Thus, Mobikwik’s services, classically modelled towards making the transition from cash to digital for the lowest common denominator with their ‘Cash deposit’ and ‘Cash pickup’ services, will find exceptional adoption, according to an optimistic Bipin.

“We expect twentyfold growth in the next few months on business volumes,” says Bipin, adding, “and we have recently scaled up to be prepared for fiftyfold growth,”

Other touchpoints for mobile wallets, namely travel bookings, local, national and international, will also experience a steep climb, with the first being the biggest gainer. Cab aggregators will see more and more people resorting to the wallet option to make small to large payments, with people scurrying to save their existing tender for transactions where digital payments aren’t possible.

Moreover, there will be a sudden rise in competition to gain market share, since digital payments will no longer be bucketed to a certain age group, seeing adoption across the board. According to a Nielsen study in April this year, FreeCharge’s market share reached 30 percent from a mere 17 percent last October, while Paytm was said to have a market share of 40 percent, up from 35 percent.

Another emerging category that will receive just the right kind of boost, in the phase of finding its feet, will be meal vouchers – digital and otherwise.

“We are going to see increased adoption and usage across all three modes - Card, NFC and App. As more merchants start accepting cards, we are bound to see more transactions through that avenue. The NFC mechanism has independently proved to be a successful mode for us. For every card transaction, we are observing nearly four or five NFC transactions from the users who use both. The recent change may not have significant bearing on this. Our Super Tag mechanism will grow strong. Mobile app-based transactions may benefit from the likely increase in propaganda from other players in the market. The volumes cannot be predicted as yet,” says Bhavin Turakhia, Founder and CEO of Zeta, a digital meal vouchers company.

“There will be some small hiccups, but I don't see anything going wrong. I think the citizens are behind the government on this one, and that's the most important thing,” concludes Bipin.

The major gainers will undoubtedly be payment gateways. Amrish Rau, CEO of PayU India, believes that the cost of payment transactions will reduce by almost 20 percent, and expects a 200 percent increase in business.