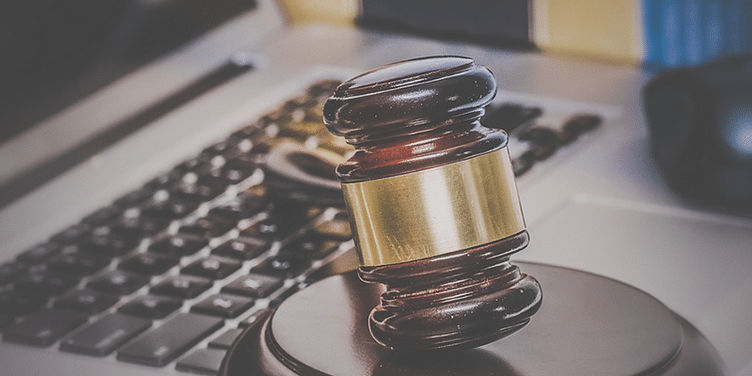 Laws are intimidating. They're full of jargon, and it’s impossible for the uninitiated to find out exactly what law applies in which situation. Yet, disobeying a law can get you into all sorts of trouble. What India needs is a one-stop resource, where laws are documented, easily accessed and simply explained. That is the only way to make legal information easier to access, and to enable all citizens to participate fully in our democracy.

This is the vacuum that Nyaaya seeks to fill. The lawyer and engineer-run non-profit is building the country’s first free online searchable repository of every central and state law. Information on these laws will be available in simple English and will be organised so that you get the answer you are looking for with minimal effort.

When Rohini Nilekani approached the Vidhi Centre for Legal Policy with an idea of creating an India legal portal, like the India Water Portal that her foundation Arghyam had set up, the team at Vidhi was intrigued. The idea fell right into their line of thinking and work. Rohini was keen on financing an open access platform that would help citizens better equip themselves with knowledge of the justice system and enable society and the law to be more in sync. Rohini says,

For a few years, I have been pondering on something like this. I felt that there was a need for an open access public platform that allows different groups of citizens to figure out the maze of our jurisprudence system.

With backing from Rohini, Team Vidhi did some brainstorming and fashioned the idea of Nyaaya. “We are happy to have initial financial backing from Rohini, as well as inputs from her on the strategy front. We hope the portal can reach millions of Indians and help them have better and quicker access to justice, through empowering themselves with knowledge and ideas,” says Srijoni Sen, Co-founder and CEO, Nyaaya.

Searching for basic legal concepts on the internet generally proves to be a fruitless exercise. A majority of citizens often end up learning little as the available content tends to help only those who know the trade well. To address this pain, Team Vidhi started developing basic legal content by first asking, “Who is the audience for this, and what kind of questions would they ask?” Srijoni explains,

Laws are not written with this perspective in mind. By talking to both potential users as well as lawyers who have had experience with what typically confuses clients, we make the user’s perspective a priority.

To understand the current scenario of accessing legal knowledge online, the team keeps studying examples from all over the world, where both government and private initiatives have done innovative things to make laws understandable for the uninitiated.

Nyaaya is a non-profit venture and it differs from plenty of interesting legal-tech products being developed currently in that its focus is on those outside the legal fraternity, while the latter are mostly aimed at lawyers, in order to make their work easier. Srijoni says,

We want the focus to remain on making laws more accessible to the non-expert, and we felt that a non-profit model would help to ensure that this focus remains constant.

Nyaaya is made up of a team of three lawyers and two engineers from across NLS Bangalore, Symbiosis Law, IIT Kharagpur and Mumbai. They had worked across both profit and non-profit institutions before joining Nyaaya. “Everyone in the team, whether a lawyer or an engineer, wants to help solve a daunting problem that affects millions. Even if you haven’t studied law, you could have had an argument over fines with a traffic cop or a dispute over your rent agreement with your landlord,” says Srijoni.

Keeping this in mind, the idea of Nyaaya is to make legal knowledge more accessible for those outside the legal system. Srijoni adds,

We want to start with the most common issues faced by the ordinary citizen.

Currently in beta, the platform has covered criminal laws and how the police system works. “Next up is marriage and divorce, and traffic laws.

Launched earlier this month, the response was instantaneous and overwhelming, exceeding all expectations. “All we did was make two announcements on Facebook and Twitter when we launched last week, and we had 10,000 visitors in the first 24 hours,” says Srijoni.

Nyaaya is a volunteer-driven platform, and, thus, requires stringent checks and balances while onboarding and managing contributors. The platform looks into the background of every volunteer and interacts directly with them. “Essentially, all content posted on Nyaaya then goes through at least two rounds of review – one by the Nyaaya team, and one by an independent expert in that subject who is known to us personally,” says Sriojni.

Nyaaya will roll out in Hindi soon

Currently, the content on most platforms (including Nyaaya) is primarily text-based, with some videos present as well. Nyaaya wants to change this. “Developers, lawyers and UI/UX designers are collaborating to expand on the kinds of formats we use. We’re excited about bringing in new, interactive and audio-visual techniques to make laws more accessible,” says Srijoni.

The platform is keen on carrying content in local languages soon, starting with Hindi. It claims to adopt a global standard legislative XML markup called Akoma Ntoso in processing the laws it has on the platform. “In the coming months, we want to open up APIs so that the legal-tech community in India can build on our work,” concludes Srijoni.

The platform raised an undisclosed amount of funding in the form of a grant from Rohini. Rohini says,

I hope more people will join me as the platform scales up over time.

As per YourStory’s knowledge (correct in case we're wrong), Nyaaya is the only free resource that aims to cover all laws in India, both at the central and state levels. All of that content has never been brought onto one free platform before. We used the platform to understand the nitty-gritty of a few acts of legislation. Surprisingly, without putting in much effort or time, we easily garnered a fair amount of knowledge on domestic violence, sexual harassment and the Right to Education.

The abuse of laws, at both the micro and macro levels, is very common in India, and it largely happens because common citizens can’t understand the complex legal language, full of maxims and jargons. However, Nyaaya largely eliminates this complexity by interpreting laws in lucid language. The non-profit has the potential to become a game changing platform, disseminating legal knowledge across the length and breadth of India once it is launched in multiple vernacular languages.