5 signs that you are heading towards a nervous breakdown 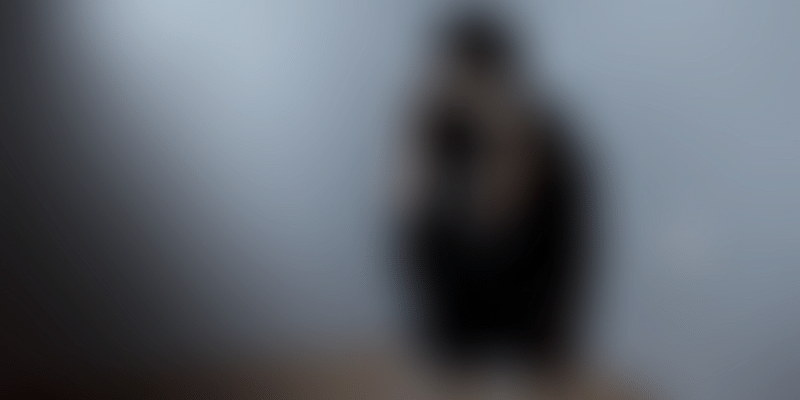 Do you ever feel like walking into a silent room and screaming the frustration out of your lungs? Or bawling like a baby if your boss says something negative to you? Or storming off mid-way through a meeting because you just can’t take it anymore?

If you’ve been nodding along to everything I just said, then chances are that you are reaching the end of your tether, meaning you are along the path to having a nervous breakdown. Now the term ‘nervous breakdown’ can contain many possible connotations, but taking the simple definition offered by the Webster’s dictionary, it means, “a sudden failure of mental health that makes someone unable to live normally”.

As society becomes more competitive, with each individual and organization trying to outdo each other in the race for the ‘survival of the fittest’, tumultuous amounts of stress and challenges are thrown our way. Living in a world where habits and opinions change faster than a chameleon changes colour, sometimes it’s downright difficult to keep up, and at times like these, the overwhelming urge to just let go, give it all up and curl up into a ball of helplessness and misery, comes a bit too easy and more often than not, people don’t even realise how dangerous a phenomenon this can be.

Enough has been written about how to tackle ‘stress’ at the work place, but what about the fact that this stress can reach indomitable levels and take over your entire being? Why don’t organizations look into guiding their employees on how to recognise the signs of this stress that can actually set them down the path of having a nervous breakdown?

Although our views could be seen as fairly subjective and no two individuals can experience the exact same feeling at a given time, here are a few scientifically-based signs that suggest that you could possibly be heading towards a nervous breakdown.

“Oh I just don’t know what to do, my head has such a clouded view.” These lines from a popular song can work as the background score to the life of someone who is struggling to keep it together. According to the University of Maryland Medical Center, “excessive amounts of the stress hormone cortisol can deteriorate your memory”. As a result, you don’t feel the urge to focus on any one thing in particular and your daily concentration seems to receive a severe setback, burgeoning in low levels of productivity.

Me, myself and I

Has it become a task hanging out with your friends? Do you feel the walls closing in on you when you’re placed in small gatherings and wish fervently to be anywhere but here? High levels of stress and frustrations tends to make you feel unfit for social gatherings, making you seek isolation even amongst a bright room full of happy people. You tend to be snappy, irritable and unknowingly condescending to the people around you, something that could lead them to shirk away from you for a little while.

A new appetite for stress

According to a report by the American Psychological Association, out of every 3,000 adults, 40 percent deal with stress through emotional eating. If you have noticed a marked change in your appetite, leading you to put on or even lose a noticeable amount of weight in a short period, you might be experiencing the phenomenon called ‘emotional eating’. For some people, stress increases their appetite, as high-fat and high-sugar comfort foods increase the pleasure chemicals in the brain to trick you into temporarily feeling better. For others, it infringes on their will to eat well and healthy, leading to other health problems.

You could be laughing at a Friends episode on Comedy Central one second and then crying into your plate of popcorn because – “Why are Ross and Rachel not together?!” Anything and anyone can set you off at any time, and in a way you tend to become emotionally neurotic because you don’t exercise a balanced reaction to any normalised situation anymore. “We do find that conflict situations tend to be a big elicitor of tears, and that is a form of interpersonal stress,” says Lauren Bylsma, a postdoctoral scholar researching childhood depression at the University of Pittsburgh (as told to Huffington Post).

Overthinking yourself into hyperventilation

As stated earlier, high levels of stress result in a dangerous lack of concentration on any one subject. As a result, your mind is reeling with a thousand thoughts and ideas at one go. and when your energy is negative, these thoughts will tend to be catering to the same form of insecurity, paranoia and self-loathing. You tend to overthink a normal situation into a life-or-death one and not only does that increase your pulse-rate, it also results in a build in the existing amount of cortisole that is already inhabiting your brain. According to a report by Psychology Today, “Behaviour is self-sabotaging when in attempting to solve or cope with a problem, it instigates new problems, interferes with long-term goals, and unsettles relationships.”

Although a lot of people experience mild doses of these signs while dealing with a particularly stressful project or campaign. But if they become recurrent and linger on for extended periods, then it highly probable that you are heading towards a nervous breakdown. To this end, it is highly advisable to consult a professional or even exercise natural methods to help relieve yourself of this stress, for a better and brighter future.