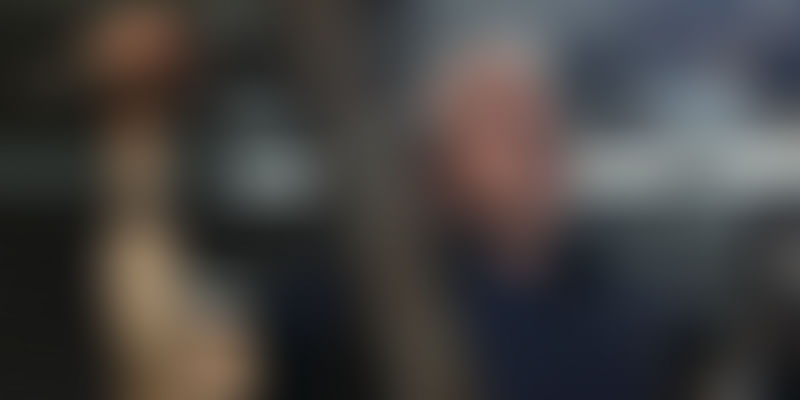 “I still remember when I was four years old, my grandfather Vishnu Talwalkar one day asked me, ‘Are you going for dinner? Have you exercised? Do a couple of squats, only then you can eat,” says Prashant Talwalkar, Managing Director and CEO of Talwalkars Better Value Fitness Ltd, fondly recalling the good old memories of his grandfather.

In the early ’30s, could anyone have envisaged the present scenario of the fitness industry and the challenges and opportunities it brings? It would seem that Late Shri Vishnu Talwalkar — a firm believer that sickness is invited by people only because of unhealthy lifestyles — could, leading him to establish Talwalkars in Mumbai in 1932.

That said, the most progressive aspect of Vishnu’s vision was probably the idea of bringing the women of the house to the gym. Prashant says it was this move that helped Talwalkars transition from a fitness business to a family health club.

From 1932 to 1961, there was only one gym. Though the journey since then has been a challenging one, the deployment of new techniques, concepts, and strategies has maintained a swift flow of business.

Since the opening of Talwalkars Gymnasium in Bandra, Mumbai, in 1962, there has been no looking back.

Today, Talwalkars has expanded to the point that it has become almost synonymous with the word ‘fitness’ in India. Gyms have been set up across the country even in smaller towns like Aligarh, Hubli, Panchkula, and Sangli.

In the 28 years since he joined the business at the age of 19, Prashant has transitioned the company that once struggled to open four gyms a year into one that now comfortably opens about 40. Today, Talwalkars is spread over 80 cities with 176 gyms and more than one lakh members. The average number of employees per gym is 30.

Going public: the biggest milestone of all

“We never looked at listing till I decided to go out of Mumbai. In 2005, we decided to expand the number of gyms to other states. First we started in Hyderabad and the response was humungous, breaking all records. Then we thought that we need to spread across India and for that we need funds and people behind you and that is why we got listed. After that, we opened a large number of gyms. I remember, in one day, we launched five upper-scale gyms across India,” Prashant says.

“One of the most important things was to reach the areas where there was better affordability. My theory used to be simple — Capex and the revenue ratio have to be very good in the first year itself. Cutting and managing the operational cost was also one challenge. Capex you can probably control but maintaining Opex is also challenging. When we balanced the two and managed to grow, profitability was given a lot of importance," says Prashant.

In the wake of an IPO, some institutional investors got 400 times or 400 percent return in the last five years. They are dictated by their own terms of confidentiality.

“We are the promoters we own 40 percent and the 60 percent is divided into two kinds of investors — mutual funds who own about 35 percent of the company and 25 percent will be the public at large (small investors). Almost 12,000–14,000 individual investors, young people who are putting money because they believe in the concept of gyms. They are from the IT field in Bengaluru and middle-level finance people from Mumbai,” says, Anant Gawande, Promoter Director and CFO, Talwalkars.

In November last year, Talwalkars picked up 19 percent stake in health and fitness centre discovery site GymTrekker Fitness Pvt Ltd in a bid to expand its online presence. The development came just three months after their announcement of a joint venture with UK-based health and fitness group, David Lloyd Clubs.

Their operating costs are rent, salary, staff cost, electricity, and a little bit of marketing. Talwalkars’ revenue comes from the gym memberships, which are taken three months, six months, or one year in advance.

“On an average, whatever we invest, we gain 25–30 percent out of that, which is a decent return. If we invest Rs 2.5 crore per gym, we will get a profit of about Rs 50 lakh per gym. We get a lot of demand, in particular, young people who want to become our franchise partners. We have a concept of Hi-Fi which is exactly that and we will continue to propagate that concept,” says Anant.

Talwalkars this year announced its plans to raise Rs 125 crore through non-convertible debentures (NCDs) to fund expansion. In March this year, the company announced that it would be investing Rs 100 crore to open 100 gyms across Sri Lanka in the coming three years.

In a recent development, Talwalkars has announced the inauguration of 20 gyms under the Power World Gyms brand in Bengaluru as part of its expansion strategy. This expansion is a logical continuation of the company’s strategic partnership with Power World Gyms (PWG), Sri Lanka, a company in which it made a significant investment in October 2015.Founded by Talavou Alailima, PWG’S operating model makes high-class fitness facilities in gyms of 3,500–8,000 sqft available at affordable prices.

The wellness industry is valued at Rs 490 billion, dominated by weight loss and beauty treatment services. A Deloitte-IHRSA report indicated that there are 4.8 million fitness seekers across Mumbai, Delhi, and Bengaluru.

Prashant’s advice to the startup fraternity on attaining profitability is: “One needs to have patience and strategic plans and be able to come up with the concept or strategy which is convenient to attain profitability. We cannot come up with something and say ‘I will exit’.”