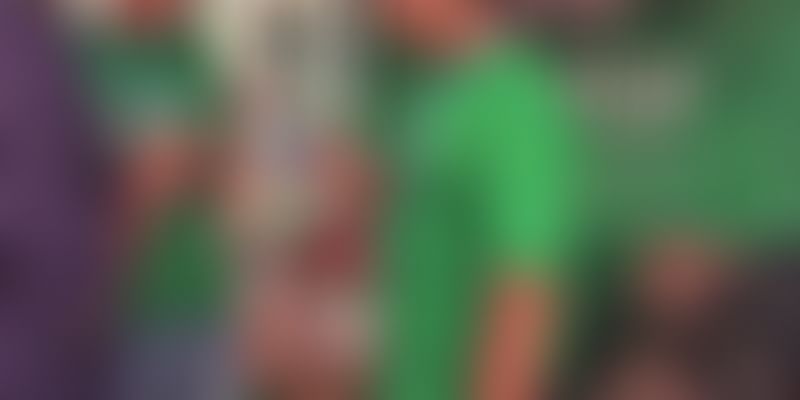 Bitcoins, virtual currencies, blockchains are all difficult to comprehend but day before yesterday, when India’s Prime Minister broke the news, interest in alternative currencies piqued. “It was around 9pm on the night of the announcement that I received a call from one of our business development officers. He mentioned that within the last 15 minutes he had received four calls from people inquiring about purchasing Trests. I switched on the TV and by 10pm we had received over 12 inquiries. The momentum has continued since then, and our trading volumes are more than seven times the usual,” says Kunal Dixit, founder of Trestor.

The intricacies of blockchain and crypto currencies are huge topics to discuss but staying on the subject, can 'Trests' help you buy things in the real world? Yes. Trestor is accepting upto Rs 90,000 in return of which they’ll issue 90,000 Trests, which can be used at businesses and shops that accept Trests. “For example, in the city of Chandigarh, there are over 80 businesses that accept Trest as a method of payment. One can purchase anything from Gucci to Gatorade via Trests,” explains Kunal. He further adds, “We are neither a deposit taking institution nor a typical mobile wallet. Therefore we do not provide a withdrawal guarantee. We are a technology startup that has created a ‘digital token’ called Trest. Trests are used in the marketplace to purchase goods and services.”

Wait, what happened here? To put in simple terms, the INR has value since most of the people in country and world believe it to have value and it is backed by a few governmental institutions. Now, Trest is another such currency that is regulated by Trestor’s technology and there are already a few people and businesses that consider it to be valid, which means that these businesses will transact in Trests. So, one can risk their cash and buy trests, which give the security of buying a few things (from these registered businesses right now) right now but the future would be a risk. It may be the case that many more people start believing in this alternative currency and it is equally possible that the existing people might lose their faith in the currency. For instance, the case with Rs 500 and 1,000 notes in the last two days.

It was in January 2013, in Toronto, Canada that Kunal hit upon the idea of Trestor while reading bitcoin’s whitepaper. “Sensing the potential of bitcoin but also realising its limitations, I was certain that a more user-friendly and secure digital token can be created, which can help unlock latent power of our communities. A token which incentivises community collaboration,” says Kunal.Before hiring full-time employees, he recruited a team of volunteers who liked the idea, but who were working full time with other companies, so they agreed to spend their evenings doing R&D for Trestor. It took them over two years of R&D to create network protocol. The idea of Trestor successfully transitioned into a company in October 2015 with a team size of 12 full-time co-workers.

What is a blockchain? It is the technology underlying bitcoin and other cryptocurrencies. It’s a shared digital ledger; imagine an Excel sheet that is shared within a peer-to-peer network. This decentralised ledger keeps a record of each transaction that occurs across the network. A blockchain’s integrity hinges on strong cryptography that validates and chains together blocks of transactions, making it nearly impossible to tamper with any individual transaction record without being detected.

Trestor’s business modelTrestor will charge the user/merchant for the following services (details are in the Pdf):

Interest in Bitcoin has always gone through ups and downs. With Donald Trump coming to power in the US, Bitcoin clocked a healthy trading volume of over $130 million within 24 hours and its price has gone up.

Talking of India, virtual currencies are unregulated. Kunal says, “We are extremely bullish about the future of digital currencies in India; a digital token is not just money, it’s money on steroids, which can also be programmed. It opens up many avenues. What the industry requires is a sensible regulatory framework, given which Indian blockchain companies can actually take a global lead in this new technology space.”