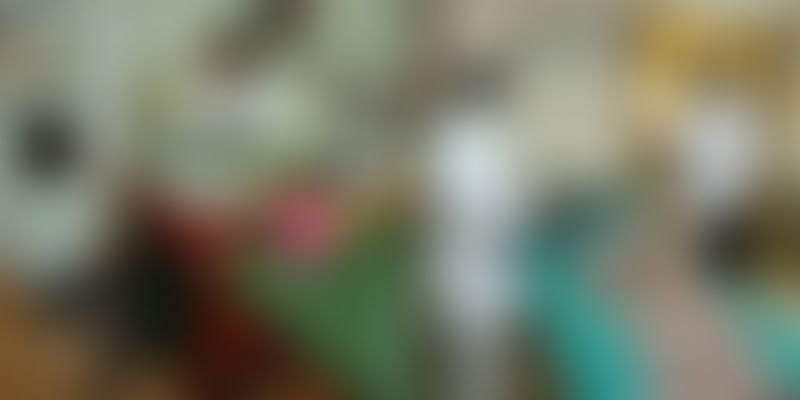 Tuberculosis (TB) is one of the top ten causes of death in the world. Each year, it infects over eight million people and, despite being curable, kills nearly two million globally. A majority of the TB burden is borne by developing countries, mainly India. India has the highest incidence of TB, having reported 2.8 million new cases and 4,80,000 deaths in 2015, more than a quarter of the global share. Cases of drug-resistant TB in patients have also increased in recent times, with 2015 seeing a rise by 11 percent from the previous year. Unfortunately, only 59 percent of the patients receive treatment in India.

The alarming statistics were released by the World Health Organization (WHO) in their Global Tuberculosis Report 2016, which said that previous estimates of TB prevalence were too low. In fact, it was only in 2012 that the government made it compulsory for private doctors to report the number of patients diagnosed with and treated for TB. These revised estimates by WHO are a part of its “interim” data, as clarified by the report. The actual numbers, which may be higher, can only be known post the national TB prevalence survey due to start in 2017.

What’s ironic is that we were the first to break ground in TB control among developing nations in the 1960s. The National TB Control Programme (NTP) was started in 1962 with an aim to prevent TB in the country through BCG vaccinations. A BCG manufacturing unit, a TB research centre, and the National TB Institute were set up for vaccine production, further study of drugs, and training of TB workers respectively. Additionally, free treatment of pulmonary TB, the most common form affecting the lungs, was to be provided to patients. Also, since health is a state subject, it was the responsibility of state governments to implement the programme.

However, lax monitoring on its reach and quality by both the centre and states resulted in the project’s subpar performance. Eventually, BCG was found to be only partially effective in controlling the TB bacteria in 1979. It took more than a decade after that for the country to initiate a review of NTP, which in 1991 found that the programme failed to decrease TB prevalence. Hence, the Revised National TB Control Programme (RNTCP) was launched in 1993 in adherence to WHO prescribed guidelines for TB control. The directly observed treatment, short course (DOTS) under this initiative took 13 years to reach all districts in the country. But DOTS, which continues to be the primary form of government administered treatment for TB, is confined to diagnosis and cure, and does nothing for prevention or controlling transmission.

An incompetent public health system and an unregulated private sector

Our inability to fight TB is a reflection on the larger failure that is our public health system. The government allocates 1.3 percent of the GDP to healthcare, one of the lowest spending in the world. It largely depends upon international funding for its TB programme, which provides 57 percent of the total budget. In fact, in the 2015-16 year, the RNTCP received only 50 percent of the capital it requested from the government. Poor infrastructure, lack of trained personnel, and the attitude of health workers discourage patients from seeking medical help at public hospitals. Hence, despite DOTS being a free and effective method of curing TB, people prefer over-the-counter medicines and private doctors.

Moreover, DOTS centres are not easily accessible to patients. A majority of people affected by TB belong to the poorer sections of society and travelling every alternate day to a distant centre at a fixed time makes it expensive and time-consuming for them. A study published in the BMC Health Services Research Journal noted these limitations on the DOTS programme and added that both the patients and TB workers or caregivers have to miss out on almost a day’s work and wages.

The private sector, on the other hand, is expensive, and doctors take longer to diagnose a patient with TB. A study by a TB expert, Madhukar Pai, published in the International Journal of Tuberculosis and Lung Disease, explains that private doctors do not ask for diagnostic tests till after months of persistent fever in the patient. They first administer drugs to control cough and fever. But if the symptoms don’t subside, patients are then asked for chest x-rays and other lab tests by which time the disease would have further developed and maybe even spread to other people.

The study finds three reasons for this delay in diagnosis. First, the doctors are under pressure to alleviate the patients of their symptoms immediately. Asking for tests on the initial visit itself might dissuade them from coming again, especially if they are not financially secure. Second, there are no clear symptoms that are specific to TB, and it takes time in developing, making it difficult for doctors to recognise its presence at once. Third, many doctors are under the impression that TB patients often do not come with a cough or produce sputum. Such perceptions lead to an experimentation with antibiotics which only suppress the symptoms of TB and increase drug-resistance due to arbitrary use.

According to a report by Medecins Sans Frontieres (MSF), or Doctors Without Borders, there is an unregulated TB drug market in India, where medicines in “a wide variety of dosages and combinations” are available. Several pharmacies across the country sell the drugs without prescriptions and private doctors often recommend unsuitable mixtures of medicines, both of which have contributed to the rise in multi-drug-resistant TB (MDR-TB) and extensively drug-resistant TB (XDR-TB). Totally drug-resistant TB (TDR-TB), against which all available drugs are ineffective, has also emerged, further intensifying the struggle.

The need for an integrated programme

An absence in innovation has shadowed the government’s efforts to make India TB-free. Once a pioneer in combating TB, today we simply follow the WHO’s directions without any research of our own. After the enthusiastic initiative in the sixties, our country’s response to TB, which was declared a global public health emergency back in 1993 by the WHO, slowed down. But there is a pressing need for evaluation and course correction today which can no longer be ignored.

Research is key to finding more effective vaccines as well as alternate forms of treatment and diagnosis. Bedaquiline, introduced by Janssen Pharmaceutical, was the only new anti-TB drug recommended by WHO for the first time in 50 years. Doctors still use the decades’ old sputum test, or in the case of private doctors, blood tests for diagnosis which, while indicate the presence of TB bacteria, cannot identify if it is drug resistant.

Curing TB is a time-taking process with debilitating effects on the patient. According to SK Arora, the State TB Control Officer of Delhi, in an article by Livemint, MDR-TB and XDR-TB require the patient to take daily doses of medicine for two to three years. Even then, there is only a 50 percent and 40 percent chance of treatment success respectively. Given the nature, it’s no surprise that many people choose to drop out of treatment halfway through, self-medicate themselves using over-the-counter drugs, or not seek a cure at all. TB Alliance, a non-profit that works for the development of higher quality TB drugs, rightly recognises the importance of “improved, faster-acting, and affordable tuberculosis drug regimens” to global elimination of TB.

But while a better treatment is yet to be discovered, it is the responsibility of the state to follow-up with patients and ensure course completion. A pilot project by the National TB Programme in Gujarat has treatment supervisors regularly checking up on patients registered with private doctors to provide them with free medicines as well as counselling. Such a programme, if implemented on a national level, will greatly scale up the number of treated cases. However, even the pilot programme isn’t completely funded by the government. Part of the money comes from the Bill and Melinda Gates Foundation, which might discontinue after 2020.

Public investment in healthcare and infrastructure is a fundamental necessity. There is a paucity of laboratories for conducting diagnostic tests and trained personnel, beds and adequate medical facilities at public hospitals. DOTS centres are limited as well, and unless they are decentralised, a majority of people will continue on without the appropriate treatment or remain unaware of its existence. At the same time, engaging the private sector is important. In 2014, 2.2 million TB patients were treated by private doctors alone, far more than the 1.42 million patients treated under the public programme.

A working system of coordination between state supervisors and private hospitals is essential for a record of all TB patients. Similarly, informing doctors of state recommended procedures for diagnosis and cure or asking them to refer patients to DOTS centres will decrease the improper prescription of drugs. Regulating the pharmaceutical market, which might prove to be a tough job, is equally critical as they are the greatest enablers of drug-resistant TB in the country.

Finally, preventing the transmission of TB is not possible without improving nutrition, hygiene, and sanitation all over the country. Spitting is another common practice that can spread TB from person to person. Social development and change in attitude through awareness are necessary to decrease vulnerability to such diseases. The Minister of Women and Child Welfare, Maneka Gandhi, noted how budget cuts to her department for the sake of infrastructure pushed back the main child nutrition programme. Such changes in priorities are taking a toll on the social welfare of millions of citizens.

If the country is to be rid of TB, we cannot restrict ourselves to vaccines and drugs in our game plan. It is a complex problem that is interlinked with a host of other factors and requires a holistic approach. We were able to successfully fight polio and have increased awareness for HIV/AIDS (which also increases the risk of TB). This calls to question why we are unable to decrease the prevalence of TB, which is commonly referred to as “poor people’s disease”. Perhaps there is some truth to what Financial Times wrote in a special report on TB – “Its victims have included George Orwell, Frederic Chopin, Franz Kafka, Emily Brontë, and Eleanor Roosevelt. If tuberculosis were still killing such cultural giants, it would not be hard to attract attention and funding to the campaign for its eradication.