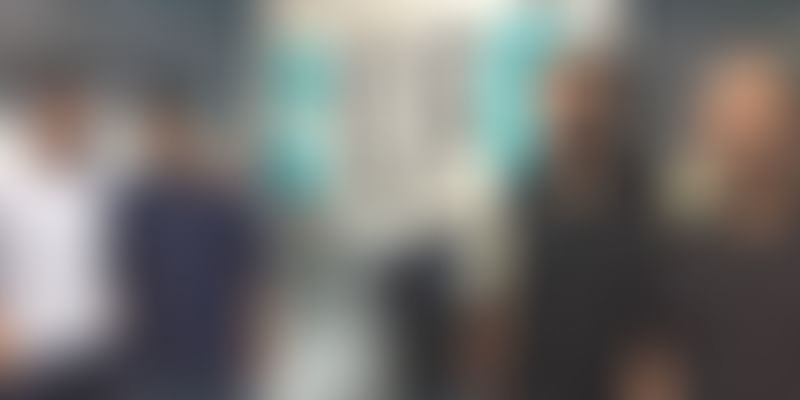 Zefo, the online marketplace for second hand goods, has raised Series A funding of Rs 40 crore in a round led by Sequoia Capital. The round also saw participation from Beenext and existing investors Helion Ventures.

Founded in August 2015 in Bengaluru, Zefo was startede by IIT alumni Rohit Ramasubramanian, Karan Gupta, Himanshu Joshi and Arjit Gupta. With this round of funding, the team intends to expand into newer markets, extend the reach of its existing categories and also invest in hiring and technology enhancement.

Breaking into the unorganised market

27-year-old Rohit, who was earlier working at Helion Ventures, says,

The second hand goods market is an inefficient and unorganised market. There are many categories apart from automobiles that people transact in in terms of second hand goods – like furniture, appliances and consumer electronics. The idea was to be in all three segments, and we wanted to solve the problem with trust and convenience, the main reason being that there is a lack of trust both on the seller’s side and the buyer’s.

The team realised that they needed to work with both sides to create a dent in the market. Rohit adds that one of the biggest value propositions that they offer the seller is the opportunity to receive cash up front. There is also an option of flexible pick-up. If someone is looking to sell their house and is in possession of over 10 products, Zefo takes all those products, relieving the home owner of the need to look for 10 different buyers.

“This gives us complete control over the product and provides an experience to the buyer and seller that is close to ten times better than what is currently available in the market. We offer options of cash on delivery and returns. We have a trust and transparency in the way we list the product,” adds Rohit.

Speaking on the investment, Abheek Anand, Principal, Sequoia Capital, says that Zefo’s USP lies in the platform’s ability to bring in trust, convenience and reliability in a market that is otherwise fragmented.

“Their exceptional net promoter score is a testament to how well the service is resonating with both buyers and sellers on the platform,” adds Abheek. Starting out with furniture, the team added appliances about six to eight months ago. The team intends to add other verticals further down the line.

Rohit adds that the business is operationally complex and doesn't follow a run of the mill marketplace formula.Technology, therefore, plays a key role here. The space has been seeing considerable growth lately, with fashion platforms like Elanic entering the second hand goods space, Droom venturing into the second hand vehicles space and OLX and Quikr focused on re-selling.

According to a report by Assocham, used goods worth Rs 1,15,000 crore were disposed of by Indian households in 2015, a significant increase from Rs 80,000 crore in 2014. Online marketplace Shopo, which was launched by Snapdeal, allows businesses and individuals to sell both used and new goods.

An Economic Times Report suggests that by 2020, e-commerce in itself will be a $120 billion industry, while returns will be close to $24 billion. Key investors like Tiger Global have already ventured into the space.

“Over 80 percent of my consumer base is made up of the 20 to 30-year-old smart buyers, for whom value for money is important.They are getting a deal that works in their favour here. The demand and size is not going to be a problem. In the next six months, we intend to dig deeper into the categories. We are now in Mumbai and Delhi, and are also looking at other cities.”