8 headlines we would have liked to see this year 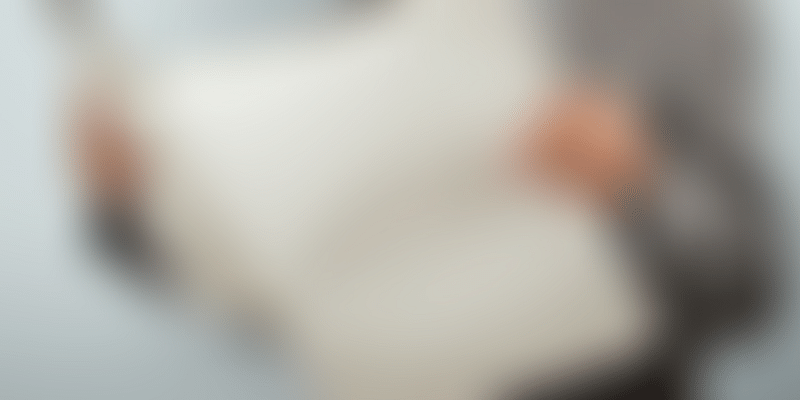 What we would have liked to see 2016 deliver in the context of women's issues, rights, and empowerment.

2016 was a year of some great hits — from Michelle Obama slamming President-elect Trump in her speech at a campaign rally in New Hampshire and Indian sportswomen showing their mettle at the Rio Olympics, to Sheryl Sandberg’s speech about the challenges of being a single mother and female pilots being accepted into the Indian Air Force's fighter squadrons for the very first time.

While we celebrate the victories, the battle for women's rights, equality, and empowerment still continues. There are a lot more changes we would like to see. If we look at this year itself, there were things we spoke about but did not see happening. Here is a list of things we would have liked to see make news in 2016:

Hillary Clinton becomes the first woman President of the US

Though Hillary Clinton came with her own baggage and was far from perfect, her victory would have shaken things up in America. A woman driving one of the largest democracies in the world and sitting in the Oval office would have been a pleasant change. Though she missed the bus, she won the popular vote. Her running for president inspired other women and showed them that they too could cast the net of their dreams wider and aim for the highest office.

"To all the little girls watching...never doubt that you are valuable and powerful & deserving of every chance & opportunity in the world."

Saying ‘talaq’ thrice ends a marriage. Prof Zakia Soman, a social activist and founder of the Mumbai-based Bharatiya Muslim Mahila Andolan (BMMA), compiled a report which chronicles nearly 100 cases of triple talaq. The findings show that 59 percent of women reported having been unilaterally divorced just because their husbands uttered the word ‘talaq’ thrice.

While the massive debate triple talaq generated was definitely a good thing, we would have liked to see an end to it. The fight is on and the Muslim women who have been at the receiving end continue to seek justice.

Burkini or bikini — nothing is banned

The French government banned the burkini on some beaches, while a woman in Saudi Arabia generated a hue and cry when she posted a picture sans hijab. Both these issues garnered public support on social media.

If it is OK for a man to wear it, why is it illegal for a woman to wear it? #BurkiniBan pic.twitter.com/YwxtIkErOv

Can we live in a world where women can wear what they want & not be shamed for it? ? #agirlcandream

The question is, why should anyone decide what women wear? It is about personal freedom and choice, whether it is to wear a bikini, burkini, burqa, or go without. It is all about the woman making a decision about what makes her comfortable.

Salman Khan apologises for his remarks

Given his superstar status and large fan following, Salman Khan’s rape remarks hurt. For an individual who yields so much influence through his actions and movies, this was not a good example.

The National Commission for Women pulled him up for his remarks but Salman refused to apologise. This cannot be seen as an isolated incident because his refusal has also set a precedent for others to draw from and follow.

Marital rape is an offence in India

In March, the government washed it hands off the matter by stating that the concept of marital rape can’t be “suitably applied in the Indian context” due to factors like poverty, illiteracy, and religious beliefs.

Marital rape is a daily reality for women across India and it is an issue which needs everybody’s attention.

I seriously think that India needs to think about Marital Rape because "Shaadi ke Baad Sab chalta hai" is not a way to let go things.#India

Cities become safe for women to loiter on the streets

Be it work-related or personal, women step out at night with a purpose. When they venture out, women and their family and friends worry about their safety.

It is one of the primary challenges we face when it comes to women. Making our public places and public transport safe for women has to be a top priority, for there has to come a time when women, like men, can walk the streets without having to be afraid.

Can we look forward to it in another year, another decade, or perhaps a century?

#WhyLoiter men are allowed to spaces of leisure and street loitering because they 'earn' it. They need the break. Women, it's assumed, dont.

Solo woman-led company makes it to the unicorn list

We sure would like to see a solely woman-led company on the unicorn list. In the Indian startup ecosystem, funding is a challenge irrespective of gender; however, women also have to field questions about marriage and children, unlike their male counterparts.

Given that the ecosystem is marred by gender differences, it is a tough challenge but we would love to see the women take the bait and rise to the challenge.

The Women’s Reservation Bill or the Constitution (108th Amendment) Bill of 2008, was passed by the Rajya Sabha but the Lok Sabha never voted on it. It lapsed in 2014 after the dissolution of the 15th Lok Sabha.

While when the US will get its first female president is a question only time can answer, some other headlines we would have liked can actually become a reality soon — the Women's Reservation Bill can be picked by MLAs and presented into the Parliament, and along with it the issue of marital rape and triple talaq can receive attention, and even resolution, in 2017.