Aparna Das, first Indian woman to get a jockey and trainer’s license in the US 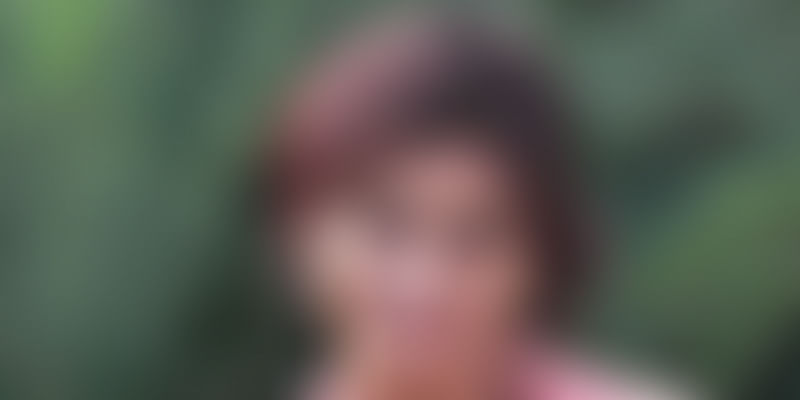 A need for speed and her determination to succeed in the sport is what attracted Aparna Batulla Das to horse racing. Aparna knew that the life of a jockey was no joke. Most people think it is an enjoyable sport…and, it is! But, it can be life threatening. However, being a woman and competing in a male-dominated sport was challenging, but Aparna managed to succeed on the racetrack.

Life out of the saddle

Born in Vishakhapatnam and raised in Bengaluru, Aparna explains how a jockey’s life out of the saddle is perilous and requires focus and concentration.

Aparna pursued her bachelor’s degree in biotechnology from Mount Carmel College, Bengaluru. It was around the same time that her father saw a newspaper ad and talked her into taking up training at the Bangalore Turf Club (BTC), where she honed her riding skills. Her day used to start off early, where she would train before rushing to college.

Despite a less than ideal start, her love for horses grew. On her first visit to the race course, she was put onto a horse, but fell the minute the horse took off. But she did not lose hope and was determined to become a jockey. “Aparna learned fast and was able to cope with the tough horses quite easily. She moved up the ranks faster than most boys her age. I remember the first day she came! She had a keen interest in the horses and was definitely determined. I have trained other girls but none so far has reached where Aparna has,” says Gautam Surender, a member and owner of horses at BTC.

Her courage and dare-to-do anything attitude enabled her to follow her passion in this sport. She says, “My family were very sceptical about my horse riding career, but whole heartedly supported my decision. My sisters and friends have also played a crucial role in my pursuit.”

Aparna has been a sports enthusiast since school. She was a hockey player, a national-level skating champion, and a state athlete.

After graduating, she decided to take up horse riding as a profession. “Considering I did not have a racing background or godfathers in the sport, and being a female, my opportunities were extremely limited and growth almost seemed impossible,” says 28-year-old Aparna.

“I advised Aparna to pursue her jockeying career outside India as the opportunity was immense and most importantly, she would be treated on par with male jockeys. The scope for women riders in India is not very encouraging. At the end of the day, you have to prove your abilities, which Aparna has in abundance to make an impression to the world of horse racing,” says Sinclair Marshall, who was then the president of jockey’s association at BTC.

Her career-defining moment occurred when she applied to the North American Racing Academy (NARA) in Lexington, Kentucky, after a lot of brainstorming and research. “My acceptance into the school was the best thing that happened to me. I could prepare for my career with the horses.” She was trained by Hall of Fame jockey Chris McCarron, the driving force behind NARA. “I was the only international student accepted that year,” she says.

“I didn’t think twice about coming to Kentucky. All my relatives were against my decision. They told my dad to not send me there, but get me married, but my dad supported me and told them I was going.”

The rush she feels on the living machine

After graduating from NARA, she kick-started her jockeying career by winning her first race in 2011 at Gulfstream Park, Miami, Florida. Her life has been a glopping ride since.

Along with many of her wins came injuries. She was strong and brave enough to overcome any situation. But one injury ended her competitive career. Everyone were gearing up for the race to start and so was Aparna. While she was riding, she was involved in a horrific fall where she was seriously injured after her horse fell on her. “The next thing I know is that I woke up in the hospital.” She broke her back in a few places, and says she is lucky to be alive. She was fortunate to return to riding 11 months later.

Her journey has been a tough ride, but she enjoys every tiny bit of it. “Everyone in contact with the animal is always at risk, we take it in our stride and move on,” she says.

The second part of her journey ‑ Trainer

Aparna’s riding career had to come to a standstill owing to her injuries but her determination to not give up made her change tracks to become a trainer.

Aparna says that to obtain a trainer’s licence in the US, one has to take a written and barn test before being approved by the stewards (who oversees all aspects of horse racing and wagering within the sport). She adds that the transition from jockey to trainer was not very easy. It meant more time working at the barn and understanding the business aspects as well. She adds that keeping the owners happy is very tricky.

“I applied for my trainer’s license when I realised people around me believed in me more than I did in myself. I was fortunate to be involved with my owners – Sigma Property Investments and Monika Williams – when their horses won five out of seven races this past winter. They have been very supportive in my career. This summer, I got to run the horses in my name. I was extremely happy with my horses’ performances in all the races, especially a horse Mo Mon's Copycat (owned by super G stables), whom we claimed for $5,000 and won $50,000 allowance at the New Jersey-bred allowance race, Monmouth Park, at 36-1 odds.” She is ecstatic about her first win as a trainer and proud of her horse who won by a whisker.

Being a woman trainer at such young age is not that easy. She says, “For a trainer, the well-being of the horse is the most important. Understanding the horse’s individual needs is key, along with training patterns and nutrition.”

Horses generally compete between the ages of two to eight. Aparna follows a strict schedule to prepare the horses for races. Her typical day consists of training, grooming, and feeding the horses.

The number of horses she trains depends on how many horses are available at the barn. “I claimed my first horse named Good Times Rambles after a race. He had a special personality and it was very difficult not to love him,” she says.

Her favourite days are often spent at the barn with her horses.

Aparna says, “There are many options when it comes to owning horses. We work out feasible options for interested owners through partnerships, syndicates, shares, etc. Ownership is not just for the elite. People with regular jobs also own horses fitting their budgets mostly because they love the sport and animals or it’s a straight-forward business investment.”

Although Aparna faces challenges in the US with regard to gender, ethnic background, and culture, she says, she has been fortunate to meet some great people through her journey. Aparna is hoping to work with good owners and win many races in the future.

Sports like horse riding are not given the same importance as cricket or hockey. Especially if a girl is in it, nobody cares to pay notice. She has struggled every minute of her life to get to where she is today. Despite the expenses, she manages to earn her living.

The bond that Aparna has created with the horses is the most enjoyable aspect for her. Hidden behind the smile is a fierce competitor who always learns to get back up from a fall.