China-based LeEco makes in India for a global market 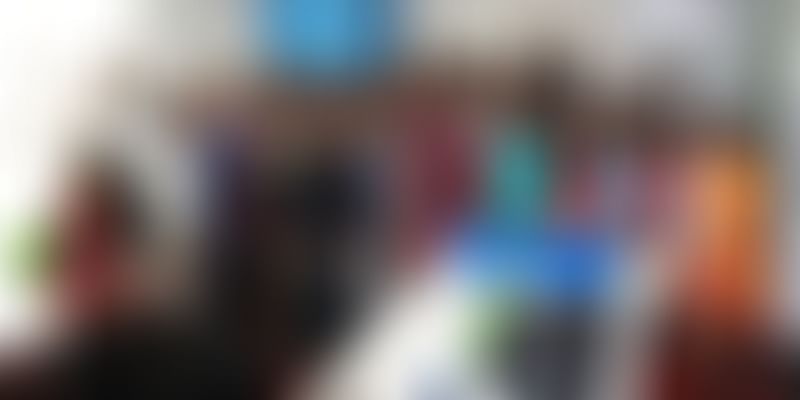 After clocking sales of Rs 350 crore this festive season, Chinese company LeEco has India firmly in its sights.

Founded as Letv in November 2004 by Jia Yueting and Liu Hong, LeEco claims to have a market capitalisation of over $12 billion. Headquartered in Beijing, China, it has regional headquarters in Hong Kong, Los Angeles, and the Silicon Valley. The Chinese company is now looking at Bengaluru as its next big global base.

Speaking out of their R&D centre in Bengaluru set up early this year, Shrinivas Bairi, Senior Director R&D, believes that India is an important market for the Chinese company. However, LeEco isn’t the first Chinese company to eye the India market.

Making for India, in India

China’s Xiaomi, OnePlus, Oppo, and Coolpad are all making a beeline for the Indian market, aggressively pushing their products in the country. Apart from its fellow Chinese players, however, LeEco competes with the Indian company Micromax.

"India is a powerful market. My mandate since joining the R&D centre has been to create a powerful LeEco ecosystem in India, and by this, we mean manufacturing of phones, smart TVs, and even content and apps, which is a complete ecosystem that nobody has now.

"The focus of the R&D centre is not just the India market, but also to build products that can later see a market globally. In the Valley, we are looking at smart home solutions and self-drive, but it will take time for these products to touch the India market."

Bringing over 17 years of experience from his time at Qualcomm, Shrinivas’ role at LeEco is to create a full-fledged R&D centre in Bengaluru.

Apart from the R&D centre, theLeEco had garnered attention with its announcement to build a $1.8 billion electric vehicle (EV) factory in China.

This is to be set up in the Chinese city of Hangzhou and the plan is to pump out 4,00,000 EVs per year. At a time when the Chinese EV Industry is still deemed to be in its intermediary stage, many have wondered about how the company —which claims to be Tesla’s greatest rival — is going to accomplish this insurmountable feat.

The small team is likely to touch more than 1,000 engineers and move to a larger space by 2017, and LeEco believes its products are way superior to what is present in the market. Showcasing a smart TV that the team is working on, Shrinivas adds that similar brands like Sony would possibly price the product at a much higher price point of close to Rs 1 lakh.

“The advantage LeEco has is that we are working on cutting-edge technology at competitive prices, as that is what the Indian market is looking for,” says Shrinivas. Currently, India is one of the most important destinations for LeEco’s global expansions.

The team is making significant investments in their manufacturing plant in Delhi and the R&D centre. The investment breakup of the two is currently undisclosed. The idea is to manufacture more products in India and offer LeEco’s customer base more products that are locally manufactured in India. Says Shrinivas,

“All of our manufacturing is happening out of China. The minute the global team decided to look at a manufacturing hub outside China, India felt like the perfect place. While all our products have not been sold in India, with this R&D centre and manufacturing hub, we intend to change that.”

Atul Jain, COO, Smart Electronics Business, LeEco India,adds that they hope to continue catering to the growing demand of users with their locally produced superphones.

It isn’t surprising that Chinese giants like OnePlus and LeEco are looking at the India market. According to Mary Meeker’s Internet Trends Report 2016, India is the lone superstar in terms of internet user growth. India, with 277 million users, has surpassed the US to become the second largest internet user market after China.

In addition to the internet growth in India, annual smartphone sales are expected to continue to grow between now and 2020, though at a slower pace, with a 1.5 billion total for 2016 forecasted by Gartner.

Apart from the numbers, many Chinese players also believe that India, with a population that is young and looking for newer technologies at competitive prices, is perfectly poised at the cusp of growth. No wonder, then, that they view the country as such a lucrative market to invest and build their businesses in.