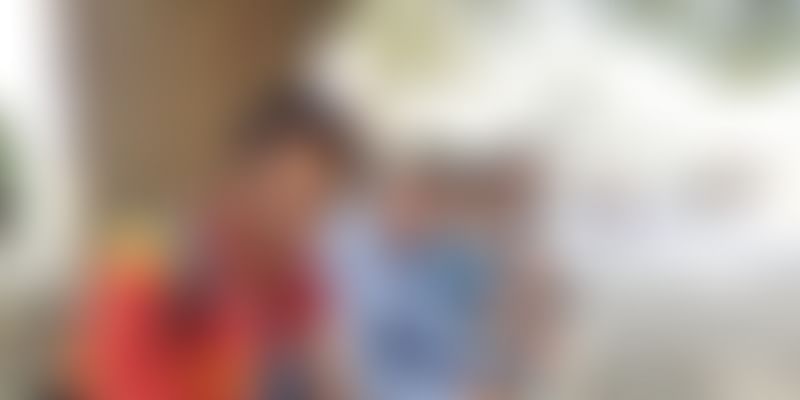 With the recent demonetisation, India is being pushed towards becoming a cashless economy. Mobile expense management platform Contree aims to ride that wave, enabling users to settle shared expenses with ease.

It was the final year of college, and 20-year-old Suhasini and her friends were planning a trip to Gokarna. As always, this meant one person managing all the expenses, using notebooks, WhatsApp groups and great memory with remarkable dexterity. Managing hard cash, however, is nevertheless difficult, and there will always be discrepancies.

Today, there are apps that seek to address this issue, like Splitwise, Billr, Spot Me, Divy and MyPoolin, to name a few. Yet, with apps like Splitwise having no payment facilities in India, there is clearly a gap to be filled in the market. So, with their eyes on this gap, Deepanshu Saini, Mohit Saini, Atul Miglani and GVS Praneeth decided to start Contree.

Contree is a mobile app that lets users send money to each other, as well as request payments, instantly for free. “The application is designed to address the everyday inconveniences of cash, and is expected to ease the difficulties associated with paying and reclaiming debts between peers,” says ex-investment banker Mohit.

The team believes that Contree is different from the other apps in the market in terms of simplicity, requiring only a single tap to add expenses.

23-year-old Deepanshu stumbled upon the idea for Contree through his own experience of difficulties in splitting expenses. He had to collect Rs 770 from nine people after a party. He found that it was pain to chase people and that many just didn’t have the required change. This was a common problem when he was among friends.

After carrying out an online market research drive, #1MinuteAway, which gathered close to 470 responses, they found that close to 91 percent of people ended up paying more than their share of the bill amount, 58 percent faced problems in getting paid back, and 94 percent were interested in a solution for simplifying group payments. This gave them the validation that the problem was genuine.

It was for collating this data that Deepanshu roped in his cousin Mohit and his friends Atul, whom he had met at IIT Roorkee, and Praneeth, whom he had known for three years.

Launch and joining the incubator

The team launched the beta version of the app in May this year on the Playstore, and saw revenues of about Rs 80,000 in the first month. After June, with the beta results in hand, they approached the IIT Roorkee Incubator, TIEDS, which provided them with a seed fund to further develop and scale the idea.

The app currently has over 8,000 users, and has collected payments worth Rs 13 lakh. “Students and flatmates are the frequent users of their app, using it to split bills at dinner, share rent and utilities, or split cab rides, groceries and movie tickets,” says Mohit.

Contree Money, the app's wallet feature, runs in accordance with international PCI-DSS compliance. Payments are secure and fast with Contree, and the app lets you transfer the collected money to your bank account quickly, with IMPS/NEFT technology in the backend. It charges a fee of 2.5 to 3 percent for bank transfers.

The team is looking to clock revenues of about Rs 1 crore by June 2017, with plans to expand their business across canteens and cafeterias throughout university campuses in India.

“Design and UX/UI are the main components that we are currently working on to penetrate deeper into the consumer market,” says Mohit.

The team has incorporated a feedback mechanism within the app, present in the navigation bar. This feedback helps them greatly with respect to the improvement of the product.

As more of the Indian population joins the digital economy, making more transactions online, the need for finance management apps will continue increasing. Time's Internet-backed Smartspends, Moneyview and Slonkit are some of the interesting players in the money management space.

When it comes to shared expenses, the market plays host to both global players like Splitwise, and Indian entities like KnoDues and Happay, a business expense management solution for SMEs. Another player in the space is the Sequoia-backed Walnut.