After drowning in an ocean of debt, this startup turns profitable vowing to make in India 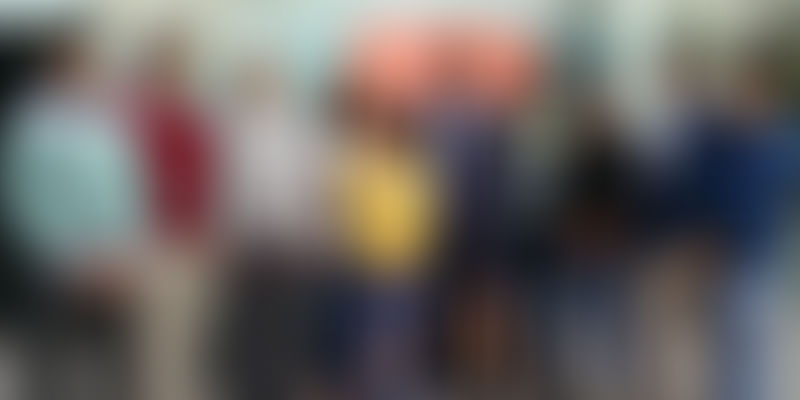 Earlier, Envent used to have their production unit in China. But due to the consumption of huge amounts of money, the company shifted the bulk of its production to India.

To turn his loss-making company into a profitable business in the short span of two years was nothing short of a miracle for Sukhesh Madaan. Consumer electronics accessory brand Envent was drowning in debt of Rs 1 crore owed to vendors. Their employees were not paid for months, leading to the team size shrinking by almost 60 percent in 45 days.

On top of it all, a few product calls went awry because they banked heavily on iPhone 4 and Samsung 2 cases and covers. When people shifted to the latest versions of Apple and Samsung devices, Envent got stuck with the outdated inventory.

“Similarly, initial investors lost their faith when they saw the attrition, and closed the finance taps. Every startup goes through a sine wave, and the organisations that succeed are the ones that survive through the thick and the thin. I singlehandedly built the entire organisation brick by brick,” says Sukhesh.

Sukhesh started Envent as an accessory brand in 2011 with IT peripherals and telecom accessories, and followed the conventional distribution route through offline channels. However, he at later stage discovered that relying only on offline channels could not yield enough business and decided to move online.

He says that the company faced a financial crunch several times owing to delayed payment procedure. Today, Envent products are available across Amazon, Flipkart, Snapdeal, Paytm and Shopclues, which drive 90 percent of its total sales. Only 10 percent comes from offline channel partners, which cater to 300-400 retailers in the eastern part of India.

For brand awareness, they even used marketing tools like press ads, retail merchandise, retail activation and social media activation. They have even created Shop-in-Shop models for distinct product display inside the store with individual Envent promoters. Sukhesh considers marketing to be integral in terms of brand positioning.

The startup now offers a range of products, which are categorised into four segments: Home Audio, Personal Audio, Telecom Accessories and IT Peripherals.

The root of inspiration

When starting Envent, Sukesh brought with him 21 years of experience in driving B2B and B2C business across the IT, telecom and photography industries, having worked in companies like Sony Ericsson, Microsoft, Hipstreet and Intel.

Sukhesh did his BTech in Electronics and Communication from REC Bhalki in 1995 and MBA in Marketing from IGNOU in 2001.

Having spent a sizeable stint in the hardware industry, Sukhesh was well-acquainted with the consumer electronic accessories market. What inspired him to start Envent was the dearth of brands providing quality products at affordable prices. A few Indian brands were selling products without bothering too much about quality, while global brands were very particular about quality, but were quoting exorbitant prices.

Developing products with a combination of both standardisation and inexpensiveness mostly works for a country like India, which has always been labelled as a price-sensitive market. And the notion worked for Sukhesh as well. Headquartered in Delhi, Envent now has sales offices in Gurgaon and warehouses in Gurgaon, Mumbai, Hyderabad and Kolkata.

The products are developed on the basis of the needs of the customers. For example, through research and analysis, the company found that consumers want to buy Bluetooth speakers, but are too concerned about the delicacy of the products. Therefore, Envent launched dust-proof, water-proof and shock-proof speaker Livefree 530.

Envent was angle invested by a Chennai-based HNI. “The first round of investment was close to $350,000, and almost another $500,000 has been invested through debt and personal savings,” says Sukhesh.

Envent does not manufacture its products on its own, but develops them on the basis of manufacturing contract agreements with various factories in India and China.

Earlier, Envent used to have their production unit in China. But due to the consumption of huge amounts of money, the company shifted the bulk of its production to India. Once it started producing goods in India, all the materials were procured here, except 15-20 percent of components that are imported from China.

“This helps us in getting the best of quality and cost benefit, allowing for more efficient brand positioning. In fact, through this approach, we carry forward the best practices of both production processes and implement them across various channels,” says Sukesh.

The R&D of Envent is divided into three parts - 1) The market research team, which works closely with partners to know the market requirements and keeps an eye on the competition across the globe. 2) A team based out of Hong Kong that works with Chinese factories to develop new products. Apart from learning new processes and product developments, this team also owns the implementation of the requirements of Envent. 3) The local technical product development team, which has two arms - Software and Hardware.

Sukhesh further emphasised that they keep on working on the process to improve the sound quality and provide better user experience, localising the product as per the Indian environment and market requirements.

The Personal Audio range of Envent drives the bulk of its sales, including Bluetooth headphones and earphones, along with wearable sports Bluetooth gadgets. The second revenue driver is Home Audio, which includes a wide range of Bluetooth speakers.

Envent offers type C cables and connectors, splitters and mac cables as a part of its Telecom Accessory range in India. The company sells 10,000 units per month, with the average ticket size between Rs 1,500 and Rs 2,000.

“Since 90 percent of our sales come from online channels, our marketing tools and activities are also in sync with online media. Envent focuses more on SEO, SEM, social media activation and online display ads. For offline channels, we do POSM, retail activation and press ads in channel magazines. Eight to 10 percent of the total sales revenue goes to the marketing activities,” says Sukhesh.

According to a report titled “India Online Consumer Electronics Market Outlook to 2020” published by Ken Research, the number of orders of consumer electronics made though mobile apps during FY 2015 was recorded at 55 percent out of the total number of orders. The online computers and peripherals market is mostly driven by the sales of tablets, phablets and printers, which were priced at an average of around Rs 10,000.

Envent managed to maintain a steady growth in terms of revenue and has gained a bottom line of 5-10 percent. In 2014-15, the company earned revenue of approximately Rs 6.75 crore, and in 2015-16, that number went up to about Rs 20 crore. For this fiscal year, Envent expects to touch Rs 30 crore.

Envent has a total of 50 employees across India. The company wants to grow its distribution channels by collaborating with LFRs and re-starting offline business as a part of its expansion plans. It has also established its presence in the UK and is planning to strengthen its product range for global markets.