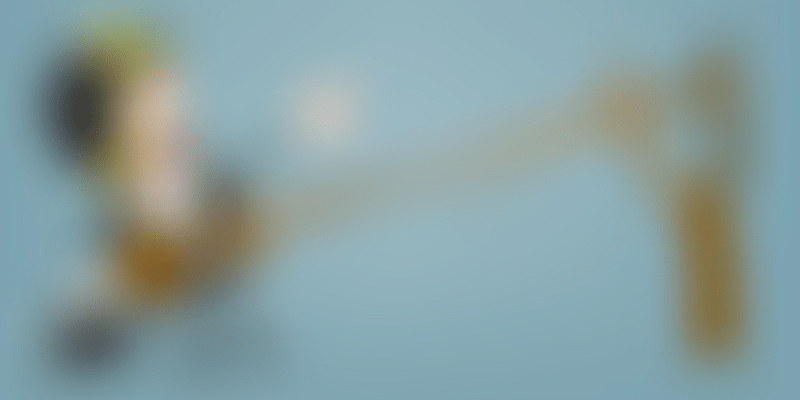 December. It is that time of the year again. Groups of four or five are already formed in IITs, who sit every night to prepare for mind-boggling case studies, because, you know, the coveted Day 1 companies select only the sharpest and the most analytical of all. So what if for four years you studied circuitry and quantum optics and came to IIT aspiring to make it to NASA or ISRO? In a batch of 700, rising above the crème-de-la-crème and getting into those top 50 who get picked by McKinsey and the like is your pathway to prosperity and security, opening the doors to Wharton and Harvard Business School. Cracking the Day 1 is tougher than the JEE.

The year was 2010 and I was in the race to crack the Day 1. Despite being a seven-pointer, I was shortlisted by a couple of the consulting bigwigs—McKinsey and The Parthenon Group. A huge feat for someone who held no positions of responsibility in the IIT ecosystem. The only thing that I did in my four years was writing. Writing for blogs, for college magazines, for newspapers, for Chicken Soup, for my girlfriend, for myself. The only two spikes in my resume was a fledgling startup that I had started three months ago, and a quintessential popular novel that was published with a little-known publisher but sold over 30,000 copies in the past two years.

My interviews with the consulting firms were a disaster. While one McKinsey partner accused me of being emotional – what else could you expect from a writer of romantic comedy? Another asked why I wanted to become a consultant when I have a startup to run. I didn’t prepare for these questions in my case studies and as you could expect, I tanked. I didn’t make it. The night of December 1 was my most miserable ever. Amidst wet pillows and parched throat, I decided rather egoistically that I won’t sit in the placements anymore. That I would go full time with my startup and writing. That I would brave the road marred with uncertainty.

The years that followed were more gruelling than what I’d imagined. Fighting for everyday survival post an IIT degree in a city like Delhi wasn’t what I’d imagined as a child. After seven months of bootstrapping, I gave up on my startup dream and went back home. It was just too hard without savings, without network, without godfather and without a tech co-founder (yes, the biggest impediment to a startup success!).

Home was not soothing either. The ongoing banter between neighbours and relatives about an IIT grad sitting idle at home increased my listlessness. I had two options. Ask my friends working in one of these Day 2 to Day Infinity firms to get me a job. Second, to break away. Having already survived on molded bread for seven months, it wasn’t difficult on contemplating breaking away. Full-time entrepreneurship had taught me survival like nothing else.

In a snap, I decided to travel for some time, hoping alone time with new people and new places would help me move on. However, there was a little problem. I didn’t have any money. Nor did I have the courage to ask my middle-class parents for it, after flushing their Rs 1 lakh down the drain in the startup. I decided to turn my short travel plan into a long one.

A Bharat-bhraman, a pan-India solo journey, was on the cards. I approached around 300-odd companies asking them to sponsor my year-long trip in exchange of publicity. Luckily, one maverick believed in my maverick dream. Aloke Bajpai, CEO of the travel website IXIGO and an IIT-Kanpur alumnus, decided to fund my journey. The plan was set and I embarked on an ambitious journey, finding hosts on social media in over 67 cities and 10 villages across India. Wherever I went, IXIGO sent me a pack of their high-quality brand merchandise, such as t-shirts, umbrellas, caps, torches, cards etc., which I happily distributed to my hosts and the students of colleges that I visited for interaction.

In one year, I covered 22 States, freelanced for The Hindu, published a book titled Because Shit Happened: What NOT to do in a startup! (Penguin Random House, 2013) about my failed startup, and was selected for the Young India Fellowship at the end of it. That one year of travel taught me more about myself than my previous 21 years on earth, as I braved most of my fears and learnt that little can mean a lot. I had planned to write a book about my travels, but the immersive year at the Young India Fellowship made me realise that my insights about travel weren’t deep enough, neither was my command on the craft as a writer.

Post the Young India Fellowship, I once again didn’t sit in placements and decided to operate as a freelance journalist. Things turned tougher. Freelancing required braving scores of rejections everyday, keeping on one’s toes for stories and being up-to-date with every little thing that was happening around me. I was spending more money in writing the articles than what freelancing offered. Meanwhile, I was witnessing how technology was disrupting media. News aggregating apps run by my IIT juniors were slowly replacing the need of newspapers, online news sites giving the established print media a run for their money. As I started looking at technology as a journalist, the product enthusiast within me surged and motivated me to become an insider.

In February 2015, I joined a well-funded startup run by an IIT senior. Three months of good work revived the dormant entrepreneurial spunk in me and, in May, 2015, I quit to start my own. Starting again, despite being well-networked and having enough savings to last a year, I made a series of blunders. I chased investors instead of customers. On-boarded co-founders based on their resumes instead of commitment. Hired more employees than what were required. After a series of three spectacular failures of both the team and the products, I learnt how to be lean and how to hustle to find the right team. It took me one-and-a-half years to finally get something that’s promising: YourQuote, a product that ties in my passion for pen and products together, with a committed co-founder, a tech superman.

In September, just a week after launch, we packed our bags and moved to Solang Valley away from the noise of the city to build a kickass product in peace. It was a conscious decision as we realised how the city sucks time and if you’re building something that’s location-independent, a small town saves much more time and cost. We have been able to attract great talent — who’re passionate about travel and products here.

It’s been a year-and-a-half of bootstrapping, and I am pretty sure I wouldn’t have been able to go through the grind had it not been the experience of shunning the security of placements. Even the guesthouse owner here is a friend whom I met while travelling across India in 2013. Same is for people in my team, whom I bumped into while making my ends meet as an entrepreneur in 2011. In retrospect, I think the best thing I have done in my life was skipping campus placements at both IIT and YIF.

Without placement, life taught me -

- the futility of too much money and of CVs.

- There are innovative ways to make money.

- Nothing is unachievable if you ask for it.

- Good things happen with you when you least expect.

- Hustling is not an entrepreneurial trait but a living trait.

I know it's slightly irresponsible if you think about your family and future plans and settlement, having no savings at all, but you know what, savings will come in due time. The end result of every offbeat path you take is entrepreneurship because life makes you a hustler and if you stick long enough, entrepreneurship pays off. Even if you fail, you have learnt so much that good jobs are at arm's reach and your grand network helps in the process.

Having said that, I realise the background of privilege I come from - my parents still have two and six years of their service left respectively and my sister is doing very well as a fashion photographer. None of my family members are dependent on me and I can afford this risk that many cannot. In fact, my parents have set an example for others by rather encouraging my decisions for they have got the basics right - they know if I am happy with my work, I will do well. When I decided to travel across India in 2012, my father shared a small poem by a little known poet named Mir and sort of gave me the green signal to set off all alone across the subcontinent for a year. The poem became etched in my memory and has affected my every life decision thereon. If you are one still awaiting placements, this poem is what I want to leave you with:

You will not get this life again.

If ever life remains,

You will never be young again.