JP Morgan: The man who sparked a financial revolution 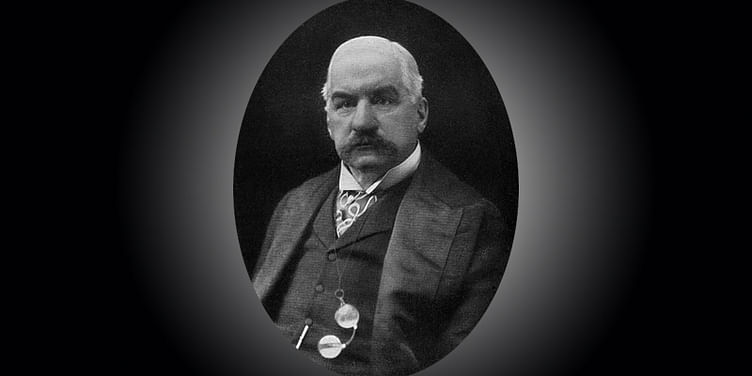 The words ‘revolutionary’ and ‘business’ placed congruently are often attributed to the man who changed the face of American business in the late nineteenth century – John Pierpont Morgan, or JP Morgan as he is more famously known. A business mogul who dominated the worlds of corporate finance and industrial consolidations, JP Morgan formed a business legacy that is still deeply entrenched in the business world of today.

Born into an affluent New England family in 1837, Morgan’s growing years were spent in the company of his intimidatingly ambitious father and grandfather, who both ran similar but independent businesses. His father controlled the Aetna Insurance Company while his grandfather became a partner in a successful dry goods business. Hence, a heightened sense of business acumen stemming from note and observation made Morgan’s foray into the same world all the more interesting.

Morgan was a sickly child, suffering from mild-seizures and similar ailments on several occasions. Due to his weak health, he spent long and extremely sheltered periods of time at home. For a while, his only experience with the outside world was when he accompanied his parents to a few social gatherings. Although mightily clever for a child his age, his interest in the arts and desire for ‘something bigger’ didn’t leave him room for topping academics, and he often performed poorly in school. However, over the years his interest in his books grew considerably and before he knew it, he was winning all the right medals. Morgan always had a will to improve, no matter what the subject – a trait that stuck on with him for the rest of his memorable life.

His will to improve and control stayed loyal to him as he bid goodbye to the student life and looked towards shouldering the responsibilities that came with joining the family business. Moving to New York in the late 1850s, Morgan joined the American branch of his father’s London-based business, Duncan, Sherman & Co. While he joined in the capacity of a clerk, his bursting potential was soon to be realised by the company following an incident in New Orleans, where he was visiting for work. He came into contact with the ship Captain, who had recently purchased a large quantity of coffee but failed to receive any buyers. Morgan used his company's funds to purchase the coffee and then sold it to local merchants for a profit. This was only the beginning.

Meanwhile, several exciting developments were happening in his personal life as well. Through his social circles, he grew close to Amelia Sturges, the daughter of a successful merchant. Inevitably, the two fell in love and decided to marry. However, in 1861 Amelia was diagnosed with tuberculosis, a deadly disease that lacked sufficient treatment at the time. But the two decided to go forth with their plans anyway and married the same year, following which they moved to Algiers. However, the clock reached its fated hand and Amelia passed away in the February of 1862, leaving behind a devastated Morgan.

After secluding himself from daily life, business, and society for a little while, Morgan was encouraged by his father to return to the throes of his rapidly evolving business. With the first bells of entrepreneurship ringing in his head, he paired with a senior partner, Charles Dabney, to form Dabney, Morgan & Co.

This was the point where Morgan, along with his father, decided to start funnelling overseas investments into American businesses. This firm was later restructured as J.P. Morgan & Co., one of the most powerful banking houses in the world.

He invested in ideas and innovations in which he saw a future, based on trust and vision. From this moment on, Morgan went on to revolutionise the finance industry through stellar calculation, effective risk-management, and a clear-cut vision to change the face of business, once and for all. And the rest, as they say, is history.