Mark Zuckerberg lives superhero fantasy, builds his Jarvis after a year of coding 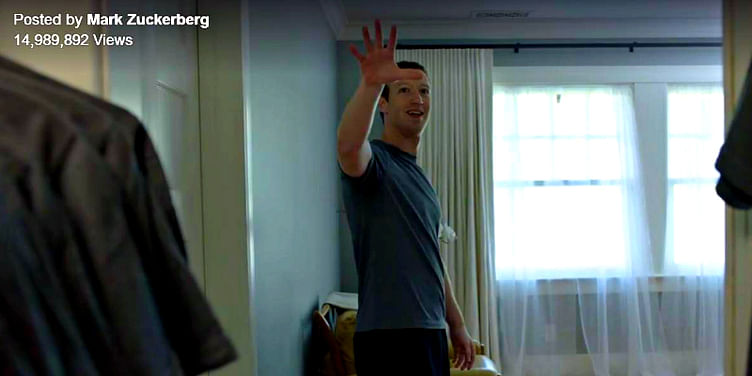 "My personal challenge for 2016 was to build a simple AI to run my home — like Jarvis in Iron Man," writes Mark Zuckerberg.

And if there's anyone who can indeed gun for this ultimate fantasy and be like Tony Stark, it is none other than genius, billionaire, philanthropist Facebook CEO Mark Zuckerberg. Mark is finally ready to introduce his new AI buddy, artificially intelligent computer system Jarvis, to the world. "After a year of coding, here's Jarvis," he posted, along with a video — blowing 14 million minds and counting — demonstrating how it runs his home.

In a blog post about his year's experience of dabbling with AI, Mark explained, "I've built a simple AI that I can talk to on my phone and computer, that can control my home, including lights, temperature, appliances, music, and security, that learns my tastes and patterns, that can learn new words and concepts, and that can even entertain Max. It uses several artificial intelligence techniques, including natural language processing, speech recognition, face recognition, and reinforcement learning, written in Python, PHP, and Objective C."

He puts these words to action in the video tour he created for his Facebook followers. For starters, for those of us who anyway thought that AI will have a God-like, omnipresent existence in our lives, Mark's decision to use Morgan Freeman's voice for Jarvis will take it home. Mark feebly greets Jarvis, controlled by an app on his phone, upon waking up in the morning, and Jarvis is quick to follow it up with an energised lowdown of Mark's schedule for the day, and the room's temperature.

Jarvis performs functions like controlling the lights in the house, playing music based on individual preferences, and sensing visitors and letting them in accordingly. It also dresses Mark by shooting a T-shirt at him from a canon Mark has fashioned, makes him toast, and keeps his daughter Max company, teaching her and speaking to her in Mandarin on command, in a rather "soothing" fashion, Mark notes.

Detailing the various other gaps that surfaced while making an AI bot ubiquitous, he further explains in his blog post, "Most appliances aren't even connected to the internet yet. It's possible to control some of these using internet-connected power switches that let you turn the power on and off remotely. But often that isn't enough. For example, one thing I learned is it's hard to find a toaster that will let you push the bread down while it's powered off so you can automatically start toasting when the power goes on. I ended up finding an old toaster from the 1950s and rigging it up with a connected switch. Similarly, I found that connecting a food dispenser for Beast or a grey T-shirt cannon would require hardware modifications to work," perhaps hinting that a pipeline of more connected devices needs to be, or will be, constructed to better utilise the bot.

Music, he feels, is a more interesting and complex domain for natural language because there are too many artists, songs, and albums for a keyword system to handle, and requests are often contextual and can be open-ended. "At this point, I mostly just ask Jarvis to 'play me some music' and by looking at my past listening patterns, it mostly nails something I'd want to hear. If it gets the mood wrong, I can just tell it, for example, 'That's not light, play something light', and it can both learn the classification for that song and adjust immediately," he writes.

And he has programmed his Jarvis to be contextual, all right. He springs a trick question at Jarvis, "Jarvis, play a good Nickelback song." To this, Jarvis retorts, "I'm afraid I can't do that, there are no good Nickelback songs," as Mark, with smug satisfaction, marvels at what he has built. And upon being asked who should be tickled next during playtime, Jarvis matter-of-factly opines, "I think we should tickle Max next," delighting the small family.

Jarvis also recognises who is talking to it, and makes recommendations accordingly. "In general, I've found we use these more open-ended requests more frequently than more specific asks. No commercial products I know of do this today, and this seems like a big opportunity," he lets on.

Moreover, Mark also texts Jarvis commands, if that is a more convenient mode of communication. "I programmed Jarvis on my computer, but in order to be useful I wanted to be able to communicate with it from anywhere I happened to be. That meant the communication had to happen through my phone, not a device placed in my home," he writes in his post.

Mark takes on a seriously impressive challenge as a New Year's resolution every year, like only eating animals he's personally killed, reading a new book every two weeks, and learning Mandarin. Building this AI was his task for 2016.

"AI is closer to being able to do more powerful things than most people expect — driving cars, curing diseases, discovering planets, understanding media. Those will each have a great impact on the world, but we're still figuring out what real intelligence is," he notes in his explanatory blog post.

Mark has projected his fascination with AI on to his company Facebook too. He has revealed that a fourth of Facebook's engineers are focusing on AI, and the company also has an AI research arm called 'FAIR.'

[Funding alert] Raise Financial raises $22M in Series A round from BEENEXT, Mirae Asset Ventures, others