Meeting of the minds: Why policy should be on the dashboard of entrepreneurs 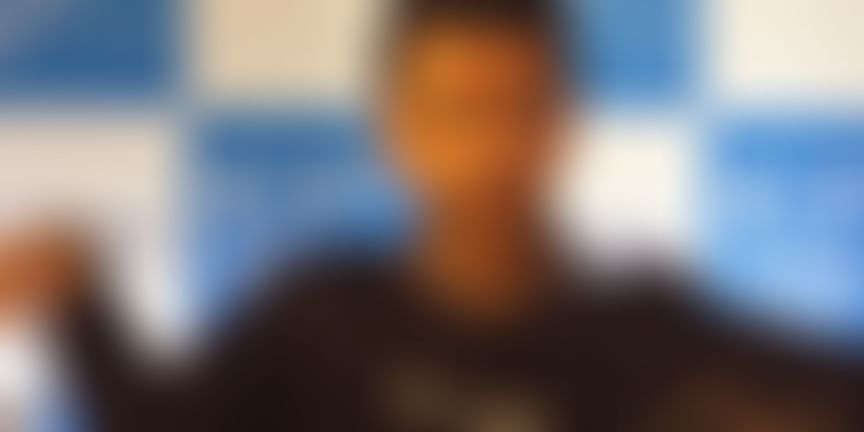 Which economic sectors are being most disrupted in India today? How can the interests of consumers and industry be balanced? Who are the experts in these domains, and how can they contact and collaborate with one another? What policies of today will need urgent overhaul tomorrow? What can be done to prepare for the ‘unknown unknowns’ of tomorrow?

The ever-escalating pace of disruptive innovation is making for unlikely policy bedfellows of startups, tech titans, academics, civil society and government. Events like the Global Technology Summit have shed light on dialogue formats and outcomes for such multi-stakeholder forums. The Summit was held in Bengaluru and saw several prominent personalities discussing the future of technology, particularly in the India context.

“Stakeholders in both Delhi and Bengaluru recognise that there needs to be a greater dialogue on technology and policy,” said Shivnath Thukral, Managing Director, Carnegie Endowment for International Peace India.

Innovators are pushing the policy boundary of regulation, observed Rahul Matthan, lawyer at TriLegal. He recalled how digital network access laws in India had to be changed to give MNCs like Texas Instruments operational foundations in Bengaluru way back in the 1980s. Much has changed since then, with policy implications affecting sectors ranging from e-commerce and cab sharing to digital security and industrial robotics. Here are my Top 15 takeaways from the event, in terms of implications for tech entrepreneurs and government.

Disruption can happen to countries and societies as well, not just companies, said Ravi Venkatesan, Chairman of Bank of Baroda. Job loss will be widespread – new jobs will be in the innovation frontiers of robotics, mostly in the US, China, Japan and Europe. India needs to understand, embrace and harness the fourth industrial revolution.

This may even call for simplification of visa rules to attract global talent to India. The notion of a job is changing – the current concepts of career, retirement and pension will become outdated. Life will become ‘a series of parallel gigs’.

The Government and regulators should create a ‘policy sandbox’ to experiment with and test different policy frameworks such as smart cities and robotics. This pilot test approach can work better than a ‘big bang’ approach, reducing risks, uncovering hidden ecosystem relationships and working out policy impacts.

The challenge for policymakers is that such testing can involve mistakes and failures, and governments are loathe to accept errors and perceptions of wasting tax dollars. However, this approach will help policymakers listen to, understand and accommodate the concerns of many stakeholders.

AI – Regulation at the frontiers

Artificial Intelligence has been around for 50 years, but has suddenly shot to prominence, observed Prof. Shivaram Kalyanakrishnan, IIT Bombay. Drivers and markets for AI today are the internet, smartphones, IoT and data archives. Deep learning in teleradiology can help make up for medical skill shortages in India. Trends to watch are the intersection of AI and ‘crowd’ behaviour.

There needs to be a mix of optimism as well as caution in rolling out AI; open mindedness is needed for adopting new ways of doing things, said Shivaram. He called for more electronic record-keeping in India, strong research tracks in universities, and long-term investments by government, academia and industry.

“Think core tech, not just selling vegetables through apps. India can take a global lead in AI,” said Shivaram. Some of these technologies are at the new frontiers of regulation; many countries are drawing up legislation for adoption of drone usage. The use of robots and co-bots will also affect industrial employment laws, ethics and practices.

Indian companies and units are stepping up to the challenge: smart sensors developed in India have helped reduce motor downtime by 70 percent, extend lifetime by 30 percent, and increase energy efficiency by 10 percent. This will change the way manufacturing is conducted, and the rise of robotics will lead to new kinds of laws and regulation.

Startups are great at prototypes, but industry and government must help scale them, advised Ravi Puvvala, Founder and CEO, Savari. The company’s Vehicle-to-Everything (V2X) communication solutions can be used for making fleets smarter and even driverless.

Indian output in terms of publications and patents also needs to improve. Metrics of industry research output include patents, publications and collaborations, according to Deepanwita Chattopadhyay, Chairman and CEO of IKP Knowledge Park. These metrics can be further classified at multiple levels: nation, state and stakeholder.

Comparisons between the West and India need to be nuanced, since both have different problems and perceptions regarding wages and jobs. “India has to get rid of regulatory cholesterol,” said Manish Sabharwal, Founder, TeamLease.

If the country wants to promote ‘Make in India’ to the world, it needs to master frugal innovation and compete in global quality, advised Wilfried Aulbur, Managing Partner, Roland Berger. China is the largest buyer of robots globally, and has much higher use of robots in manufacturing than India. India needs to drive its industry into the 4.0 model as well. Germany, Korea and China have good industry-government-academic cooperation; such collaboration needs to be increased in India.

India is innovating in the area of affordable access to new products and services. The future is also about part-time jobs, not just full-time jobs, said Kiran Mazumdar Shaw, Managing Director, BioCon. The rise of Uber and Ola drivers in India is a good example of new job creation through technology and improved productivity in a short time, observed Sharad Sharma, Co-Founder of iSPIRT.

The key challenges for India are better education and dignity of labour, said T V Mohandas Pai, Co-founder of Aarin Capital. Indian regulators will need a good mix of generalists and specialists for tech policy to address emerging frontiers in this space.

Hyperloop is not just a disruption in transportation, but innovation in the way it is being built. The company is exploring infrastructure investment in India in sectors like the Mumbai-Pune corridor.

“The greatest development comes from knowledge,” said MJ Akbar, Minister of State in the Ministry of External Affairs. This calls for cross-sectoral dialogue and cooperation between different pockets of expertise.

Delhi and Bengaluru need to work together on the technology policy front. “Bengaluru needs to understand Delhi,” joked Akbar. “Add Mumbai also to the mix – it has the RBI and major banks,” quipped Nandan Nilekani.

Tech diplomacy is more pressing now than ever before thanks to concerns like global warming and cyber-security. Technology makes managing diplomacy and government communication easier – and even changes how wars are fought.

“Bengaluru is one of the knowledge capitals of the world. Industry has helped the state formulate policy, starting in 1997,” explained RV Deshpande, Karnataka Minister for Large and Medium Industries. Karnataka created India’s first Startup Policy, and set up an investment fund in 2000; now, it is setting up a fund of funds.

“We do listen to the concerns of startups; we have met with Ola four times in the last month,” said Priyank Kharge, Minister of IT, Karnataka. The state has also organised the BangaloreITE.biz summit, New Age Incubation Network and Startup Cell to engage with startups.

Smart initiatives like smart cities can be inclusive, and should not be regarded as elite, said RK Misra, Founder and Director of the Center for Smart Cities. Emerging feasible ‘smart’ scenarios for India need to be systematically examined. Smart city solutions call for more harmonisation of protocols. Converging technologies will create societal solutions, but major collaboration is needed.

An estimated $341 billion will be wasted by 2025 if IoT standards are not implemented, cautioned Sameer Sharma, GM, IoT Solutions, Intel. Emerging standards organisations include Industrial Internet Consortium, Open Fog, Open Connectivity Foundation, and IoTivity. For IoT to succeed, solutions will need to be secure, scalable and interoperable.

Demonetisation represents an important moment for India - the policy window has opened up for digital payments, said Nandan Nilekani, architect of Aadhar. Other examples of policy windows opening up in India include the onset of liberalisation in 1991.

Though the implementation of demonetisation has left a lot to be desired, the fact is that digitisation has been accelerated. The cash economy value chain is under government control; digital opens up new players and new business models based on data.

Aadhar has crosses a billion citizens, and 12-14 million authentications are carried out each day. This has spawned other innovations like eKYC, digital lockers and so on. eKYC has accelerated scale options for companies, said Nandan. Micro-ATMs and USSD (Unstructured Supplementary Service Data) can reach Indians who don’t have smartphones.

Policy is now increasing competitive intensity in Indian banking and payment sectors. The disruptive power of digital payments is in high volume, low cost and low fee transactions. Fee-based business model companies will collide with free transaction digital players, said Nandan. The decrease in operation costs will make it easier for financial companies to increase their reach and thereby bring about financial inclusion. Digital can reduce corruption as well as friction.

There have been IoT-coordinated botnet DDOS attacks on a scale never seen before, said Sameer Sharma, IoT Solutions, Intel, referring to the Mirai attacks. The rise of digitalisation and demonetisation in India has also opened the door to new risks of cyber-attacks, and the government needs to do more to increase digital literacy.

Digital players are stepping up to the challenge and improving payment features, information security and cybersecurity. Cybersecurity task forces are emerging at the state and national levels. See also the report ‘Future of the Internet in India’ by YourStory, NASSCOM and Akamai.

Should there be a level playing field in India for foreign capital and global players, alongside the local ecosystem? Opinions and benchmarks differ; China and Korea have grown their local industries through protectionist measures. There have also been concerns about the confusion regarding Indian government legislation on FDI into e-commerce.

In comparison, India has not recognised the consumer internet economy as a strategic pillar the way China has, according to Bhavish Aggarwal, Founder, Ola Cabs. It is the management team that defines what is ‘national’, not the capital, he said.

High-end jobs of global players remain in the West, observed Sachin Bansal, Co-Founder of Flipkart. He said that India should think more about self-reliance, and industry should be included at the policy table. He called for better policies on data privacy in India.

Foreign companies do play an important role in innovation in India, with many entrepreneurs learning their early skills there, pointed out Navneet Kapoor, President, Target India. Areas of friction will be in government sovereignty of cloud hosting and data, said Anand Rangarajan, Engineering Director, Bangalore Site Lead at Google.

An estimated 497 million Indians will move from rural to urban India in the next 35 years – equivalent to 1.5 Americas, said Kamal Bali, Managing Director, Volvo. For development solutions to be sustainable, they have to be economically viable, socially inclusive, and environmentally friendly. “We must make sustainable solutions desirable,” said Kamal.

“The Global Technology Summit helped us identify issues that need serious policy thinking and work in the coming year. We plan to have a deep dive on issues planned every quarter, starting in March. The year will also see policy briefs, research papers and smaller convening sessions. This will culminate into the second edition of the Global Tech Summit in December 2017,” said Shivnath of Carnegie Endowment, in an interview after the Summit.