5 misconceptions we breed about extroverts 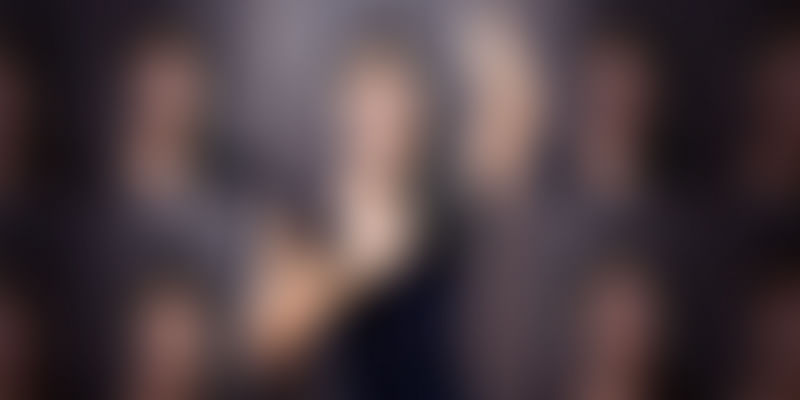 I’m an introvert. I function in ways that are in stark contrast with those of my extroverted friends. Most times, I’ve wondered about, and even been in awe of, the way they function. But most of these conclusions, I realised, have come from unsolicited assumptions. This is why I think it’s time to level the playing field.

Introverts are only now getting the attention and a respectable place in society as people are becoming more accommodative of our ways. But the more the truths about introverts that are being accepted, the more are the assumptions being made about extroverts. Extrovert is suddenly the exact opposite of introvert. This is the first assumption we need to throw out the window as hardly anything in life is black and white. Extroverts and introverts are different, sure, but differences can exist without being opposites. Here are some misconceptions that stem from belief in such opposites.

We all know that extroverts are bold and outgoing. But here’s the thing – we can’t project this nature of theirs to everything. Extroverts may be better talkers than introverts, and they may prefer attention where introverts shy away. But this doesn’t necessarily mean they like public speaking, or are good at it even. Their boldness and ease of talking is relevant to social settings where there’s room for conversation. But on a stage, and in front of a large crowd, it’s a one way communication which can stress the bejesus out of anyone. It’s time we understand that extroverts too are prone to anxiousness and a lack of confidence.

They always like to make plans and head out

Extroverts are quite comfortable in high stimulation environments, I’ll give you that. They revel in the energy and excitement that comes with a crowd. But this is where we draw the line to differentiate the two personality traits. Extroverts may be more comfortable with but don’t always have the need, or the urge, to be making plans with people. Occasional solitude is enjoyed by all, and sometimes theytoo would rather stay home than be in the exhilaration of a social setting. They’re not craving for attention but are simply more comfortable with it than are introverts. They do enjoy alone time, but at the same time, aren’t as attached to it as introverts are.

Life is easier for them

Extroverts are better at striking up a conversation with strangers or standing up for themselves when the need comes. But there’s more to life than just being socially comfortable. Life isn’t easy for anyone. Period. Extroverts also have personal and work problems, and even they have to deal with the stress that comes with these. Simply because they’re bold or ‘they put themselves out there’, one cannot assume that life is suddenly easier for them. In fact, if you think about it, their boldness can add to their difficulties as they’re always under the spotlight. So any mistake they make will also be under the unforgiving brightness of the same spotlight.

This comes from another misconception that extroverts are always confident. In reality, their outgoing nature increases their chances of getting embarrassed. Because they talk more, respond, and interact more, they give themselves more opportunities to say and do things that are regrettable. Something as simple as waving at someone and not getting a response can be awkward and embarrassing for anybody. While they may be more tactful at covering it up, it doesn’t change the fact that they too can go red in the face. Introverts tread carefully and are always wary of embarrassments whereas extroverts aren’t as cautious. As far as embarrassment goes, this is the only difference there is between the two.

They have a lot of friends

From an introvert’s perspective, an extrovert is always surrounded by people. This picture does come close to the truth, but we make the mistake of assuming that all of those people are their friends. Extroverts may talk to many people, may share the same level of friendliness with all of them, but they don’t consider them all as their best buds. Extroverts too are picky about who they rely on and who they get attached to. Because of their many interactions, they have a better idea of how people function, and therefore of who can and cannot be their friends. If you actually ask an extrovert, you’ll be surprised at the small number of people they consider as friends.

Introspection is a sign of self-awareness that stems from our intelligence as a species. Musing, therefore, comes very naturally – it is how we make sense of our place in the world. One would wonder, though, how extroverts find time for self when they are always surrounded by people. We’ve already established that they don’t always need to be around people, so in this new light – yes, extroverts do ponder over things. The fact that they talk more is no indication that they think less. They make sense of their lives just as intelligently as most introverts. They are definitely not ‘shallow’ in thought as the label pinned to their heads imply.

Introversion and extroversion are simply personality traits that a person possesses. They do not become that trait. It is only when we realise this that we understand the person as a whole and not just their introversion – or – extroversion. We’re all guilty of stereotyping, so don’t beat yourself up if you got your extrovert friends wrong all this time. Now is as good time as any to start an open conversation and sign a peace treaty.