Political trends that affected business in 2016 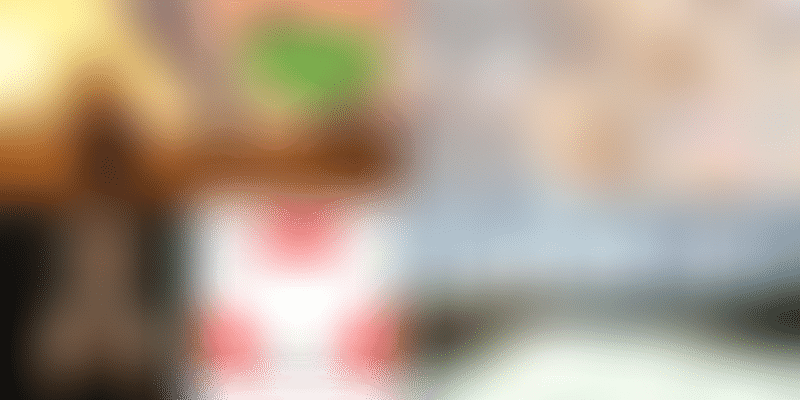 The year 2016 hasn’t been the best for the economy, with sudden political incidents, including violence, turning what could have been a good year awry. And wrapping up the year was demonetisation, only serving to make the year worse.

While things weren’t all bad, many working hours were lost to urban flooding, political uncertainty, violence and demonetisation, undoubtedly eroding the country’s productivity as a whole, though some had only a regional effect. Among the prominent incidents are:

September 30 was the deadline for the Income Declaration Scheme, 2016, the Income Tax department’s last call for those hoarding black money. The scheme was set to enable defaulters to turn their undeclared wealth white by declaring it.

The NDA government came to power on the promise that it would bring back black money stashed abroad, but under fire from the opposition, it instead tried to ferret out black money from within the country. The exercise led to the declaration of Rs 65,250 crore, and even earned Rs 29,000 crore in taxes.

The one-time scheme had been widely advertised as a “no questions asked scheme where secrecy would be maintained”. The best part of this was an irresistible offer that such a declaration would not be linked either to previous or future I-T declarations. The IDS amnesty scheme was only the second one in recent decades.

With random messages being sent to mobile numbers, the scheme attracted a lot of attention and caused confusion among honest tax payers, who feared the dreaded R word – a raid on their doorstep would be embarrassing.

The Cauvery river dispute between Karnataka and Tamil Nadu took a sudden turn for the worse on September 12 when mindless violence hit Bengaluru and parts of Tamil Nadu, with lumpen elements targeting vehicles registered in the other state. Trade was shut down for more than a month as trucks were waiting at state borders for weeks, and fear put businesses out of action in Bengaluru.

Initial disruption had started a few days prior to the events of the twelfth, and went on for weeks as Karnataka initially refused to release water to Tamil Nadu, citing shortage of drinking water, despite a Supreme Court order. Water was eventually released despite non-stop protests in Karnataka, which had a crippling effect on commerce in all the southern states.

Thousands of garment workers in Bengaluru clashed with police and set buses and cars afire on April 16 as rumours swirled that they would not be able to withdraw their Provident Fund money due to a controversial new rule.

As a majority of the protestors were women and were not led by trade unions, the police were at their wit’s end as to how to control them. Miscreants, taking advantage of the situation, threw stones at the police and burnt many police vehicles. As the violence spiralled out of control, public transport buses also bore the brunt of the mob’s fury.

Karnataka home minister G Parameshwara put it best when he said, “There seems to be no leader for this protest. The police have acted with great restraint.”

Before a leaderless protest descended into organised protest across the country, the Centre acted fast to repeal a proposal by Finance Minister Arun Jaitley that sought to restrict when employees could withdraw their savings from the EPF. Under the plan, people could withdraw only half their provident fund before retirement, and would have to wait till they turned 58 to access the employer's share of the deposit. That rule has since been cancelled.

First it was Chennai, then Bengaluru and Gurgaon, quickly followed by Mumbai, Hyderabad and Patna. All of India’s showcase cities saw waterlogging, one after the other, forcing the workforce to log out in July and August.

Long before the rains wreaked havoc, a study led by Prof TV Ramachandra of the Indian Institute of Science forecast the death of Bengaluru by 2021. He predicted the decay of the city, and when it rained, the incompetence of local civic agencies across India was exposed.

In Gurgaon, section 144 or prohibitory orders were imposed to clear traffic, a first for India! The disruption came even as the city was reeling after rain choked the city and left parts of it submerged, hitting office-goers for nearly two days.

All these cities are part of India’s knowledge economy, but share strikingly similar problems as even a small rain inundates many areas, upon which sit pretty glass and aluminium edifices and swanky residences.

In Bengaluru, as lakes and storm water drains overflowed into neighbourhoods, police had to resort to lathi charges as people were busy catching writhing fish and hampering the movement of rescue teams in boats.

In their hurry to build a new India, urban planners, real estate conglomerates and governments of every hue have steamrolled any and all opposition, even if it means supporting often illegal, unauthorised deviations and turning a blind eye towards encroachments. It seems a shame that the glory of India’s mega cities can be tarnished by even a little rain.

Demonetisation was to be a war on the black money that fuelled corruption and terrorism.

Prime Minister Narendra Modi announced on the evening of November 8 that Rs 1,000 and Rs 500 would cease to be legal tender from the following midnight. The stated purpose of the demonetisation was to wipe out black money and fake currency from the economy, the latter of which was feeding terror , and turn India into a cashless, corruption-free economy.

However, the short supply of cash has put a strain on the economy and has led to long queues for the second month running, hitting ordinary people hard. Due to the secrecy attached to it, the RBI has still not been able to introduce lower denomination notes into the economy as nearly 86 percent of currency was in the form of the high denomination notes that were demonetised. People have run out of cash for their daily survival, and it has hit daily wagers and those without bank accounts the hardest. The heartening news though is that India survived on small credits thanks to our culture of helping each other in times of need.

However, the bad seems to outweigh the good, at least for the short term. People also suffered as private hospitals did not accept demonetised currency. Those in possession of the devalued currency had only two official options - they could either deposit the old notes into their bank accounts or use them to pay government utility bills or purchase petrol. The absence of enough cash in banks to pay account holders and the government’s decision to ink those wanting to exchange old notes also complicated matters.

Business is down, and the effect is already showing on the economy. In a country where dependency on cash is very high, getting around on empty pockets is by no means easy. The real test for the government’s popularity will be at the beginning of next year, especially if the banks and ATMs are still not replenished.

There were also instances of Jan Dhan accounts being misused and greedy bank employees colluding with middlemen to swap currency for a profit.

The economy has come to a standstill with the scarcity of cash.

Construction work, which depends on weekly or daily payments, has been hit. The sudden need to go cashless has led to a scramble for PoS machines, with even the Bengaluru city traffic police requisitioning 100 of them. Cash on delivery has turned into swipe on delivery.

There is a question mark hanging over the April 1 roll-out deadline for the GST. The GST council failed to finalise the draft legislation, and three key supporting bills are likely to be tabled only in the budget session of Parliament early next year.

The GST by itself has created much uncertainty, as traders are not really in favour of the high taxes and prefer rationalisation to an extent.

After much delay, the ruling party had managed to get the opposition together and hammer out a deal on the GST, which has now been cleared by all the state assemblies. However, the government’s plans to table three draft laws — the central GST bill (CGST), the integrated GST bill (IGST) and the bill for compensating states for revenue losses following the implementation of GST (SGST) — in the winter session, which will end on December 16, seem unfeasible.

The GST is a singular tax reform that will remove barriers across states and integrate the country into a common market. The council’s next meeting will take place on 23 December, when the controversial IGST bill, which deals with the contentious issue of sharing of administrative powers between the centre and the states, will again come up.