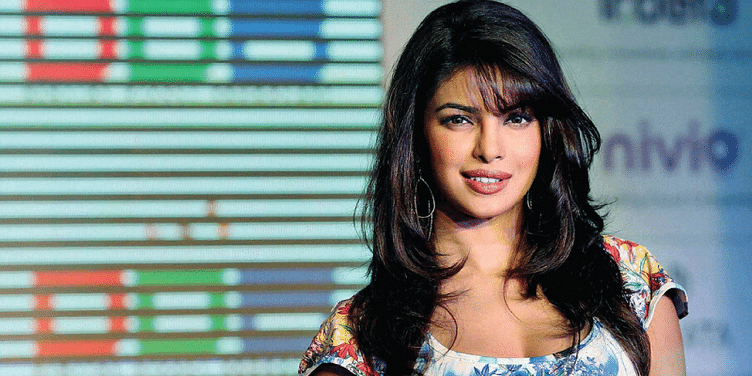 Actress Priyanka Chopra, an Indian star with a global fan following, was named UNICEF Goodwill Ambassador at a ceremony in New York yesterday. The international icon has been associated with the world welfare body for over a decade, and was conferred this title due to her extensive work in child rights, on its 70th anniversary.

The 34-year-old, who has been donating a tenth of her salary to the cause of women’s education, safety and empowerment through her NGO, The Priyanka Chopra Foundation for Health and Education, was presented with the ambassadorship by legendary football player David Beckham and Netflix hit Stranger Things star Millie Bobby Brown.

In her speech, Priyanka spoke about the exploitation of children and the need to protect them from inequality and injustice. Priyanka Chopra, who has been involved with UNICEF for 10 years now, was named a National Ambassador in 2010.

In her inspiring speech, she narrated the myriad struggles that children all across the world go through, including abuse, exploitation and child labour, and how she wishes to unshackle them from this fate. "My wish for children is freedom. The freedom to think, the freedom to live. I - we - ask you to join us today to become the collective voice of the oppressed children across the world in our fight against the injustices that they have to endure every day."

"Along this decade-old journey with UNICEF, I have been on many field trips to villages and centres across India. On those trips, I spent time with numerous young girls and their families, and experienced firsthand the transformative power of empowering young girls with opportunities that are rightfully theirs. Together with my fellow, dedicated ambassadors, I am now proud to stand with UNICEF to help build a world where children's rights are respected and protected," Priyanka said on the occasion.

It has been a stellar year for the actress, both in terms of her career as well as her advocacy. As she continues to awe as the protagonist of American hit series Quantico and takes the stage as a nominee for her second People's Choice Award after winning her first earlier this year, she also recently broke her silence on how, early on in her career, she was asked to sign a 'no-pregnancy' clause. Recently, she made it to the Time list of the 100 most influential people in the world.