Pivoting from a physical book to a mobile app, The BlueBook raises $500K funding led by IAN 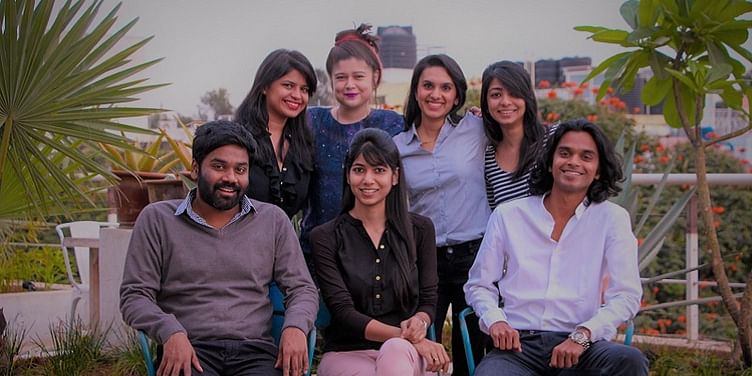 While the debate between what is more important — discounts or consumer experience — is never-ending, one cannot deny that as a consumer, it feels great to get a product or service at a discounted price. Everyone looks for the best deals for the best services, and this is no new phenomenon — the industry for coupons is, after all, over 130 years old. There has just been a shift in terms of moving away from cutting out and hunting for printed coupons to a preference for apps and platforms.

Inspired by coupon books, The BlueBook, which today is a mobile app, initially started out as a book of discounts. 27-year-old Alok Medikepura Anil, Co-founder and COO, The BlueBook, says,

“We researched on that idea and came to the conclusion that India needs something like this, something that can give awesome discounts to people, so we gave life to The BlueBook and innovated with the offerings and after thorough market research, we designed a whole new product to meet the needs of Indian customers.”

The Boston and Cranfield University alumnus adds that what started off as a coupon book with 500-odd pages in Hyderabad evolved over time to a much leaner deals app catering to discounts from premium outlets. The product underwent a thorough analysis and revamp during the Stanford IGNITE programme that the founders Alok and 27-year-old BITS Pilani and State University of New York alumnus Varun Kumar Akula were a part of.

The co-founders had struck a common chord because they had both struggled with finding good discounts from popular outlets. The only discounts that were available were from outlets that no one usually went to or the ones that weren’t popular with groups.

After the launch, the team found that while the book gave them a unique proposition, it didn’t give them the scale they needed to achieve sales and reach. The team pivoted to a mobile app in November 2015.

“The hard work that the team put in to help build The BlueBook brand during the coupon book days has translated into good business from consumers and corporate clientele and given the mobile app fast organic growth,” adds Alok.

However, the task wasn’t easy. The duo had to work under tight budgets to launch and sustain the business, more so when they were under the discount coupon book format, where they were completely unheard of. Alok adds:

“Building a brand in a highly competitive market where customers are generally incentivised and lured by artificial discounting deals makes the task all the more herculean. And to top it all, you need to keep the employee morale up and continue to hustle as a team even when there is no money in the bank.”

Since the pivot, The BlueBook has raised $500,000 in a seed round led by Indian Angel Network (IAN). Other participants included LetsVenture, a fundraising platform, and angel investors from Singapore and the United States. Srinubabu Gedela (CEO, OMICS International), Avinash Vashistha (IAN member, Founder, Tholons Capital, Ex- ‎Chairman and Country Managing Director, Accenture), and Rajiv Mehta (IAN member, CEO, Arvind Lifestyle) led the round for the angel investor group. Avinash and Srinubabu will join the board of the company.

The funds will be used to help build The BlueBook as a high growth venture with increased merchant and user bases across the three cities — Bengaluru, Hyderabad, and Gurgaon — leveraging technology for deep customer analytics, loyalty solutions for merchants, and unique payment solutions.

Speaking of the core team, Alok says that all their employees have been The BlueBook customers first. The love for the product and the ability to save where they spend across the city got them hooked onto The BlueBook, and they eventually transitioned from their corporate jobs to working for the startup.

Reetika G, who was The BlueBook’s first employee, is now the co-founder and leads the merchant and corporate acquisition teams. Nikita, Seshkanth, Sanjana, and Sai are other key members of The BlueBook team and have helped build and scale the company over the past few years. Venkat Raju, Managing Director, Kyron India, has acted as an advisor to the firm.

The team claims that their location-based deals offering has helped their customers discover deals around them at the click of a button. For business owners, they added tremendous value having made user acquisition and retention cheaper than ever before.

The BlueBook app is available on both Android and iOS. The BlueBook brings to its users exclusive year-long discounts from the following categories: microbreweries, cafes, restaurants, bars, nightclubs, spas and salons, and entertainment outlets such as bowling and laser tag.

The Bluebook works with leading brands such as The Biere Club, Brewsky, Naturals, Bodycraft, and O2 Spa, with a foothold in Hyderabad, Bengaluru, and Gurgaon. For consumers, The BlueBook operates on a subscription model where users can pay as low as Rs 49 to avail all the discounts at the city’s popular restaurants, bars, cafes, spas, wellness, and entertainment outlets. The redemption at the outlet is hassle-free and happens with a four-digit pin authentication.

The categories of food, health and wellness, and leisure remain fairly standard for all cities. The team starts by narrowing in on the outlets based on their popularity with the customers. Alok adds that the team sits down to decide what kind of offers or discounts would suit a particular outlet based on previous customer feedback. These are, in turn, shared with the merchants for their inputs. Together with the merchants, they zero in on an exclusive offer valid for a period of one year at the specific outlet.

“We focus on both B2B and B2C channels. B2B channels such as corporates looking to reward their employees help bring The BlueBook to large audiences at once,” says Alok.

But B2C is a new challenge every day. The team believes that reaching out to the customer is much easier with the growth of the internet and mobile phones but heavy competition has made it expensive to get their attention when it is much needed.

The BlueBook claims to be growing about 40 percent month over month. The team claims that their merchant retention rate is at a 95 percent and over 100 percent of the user base has been acquired organically through word of mouth and referrals. This, they say, has helped over 1,00,000 users save at the over 1,200 merchants associated with The BlueBook.

Siddhanth Vinod, partner at Brewsky, adds that they have been associated with The BlueBook for over two years. “They bring to the table a specific targeted clientele and we are happy to offer The Bluebook’s subscribers exclusive deals all year long. Wishing them all the success in their future endeavours,” adds Siddhanth.

However, the coupons world has several players like CouponDunia, in which Times Internet had acquired a majority stake in 2014. There is also Little App, which saw partnership and investment from Paytm and Vijay Shekhar Sharma.

Nevertheless, the team believes that they have a significant differentiator. Padmaja Ruparel, President, IAN, adds that they believe The BlueBook has a global and compelling product with the potential to cater to a high growth market. “We are confident that with the right mentorship and market access that IAN provides them, they will scale to become one of the largest brands in the O2O space,” she says.