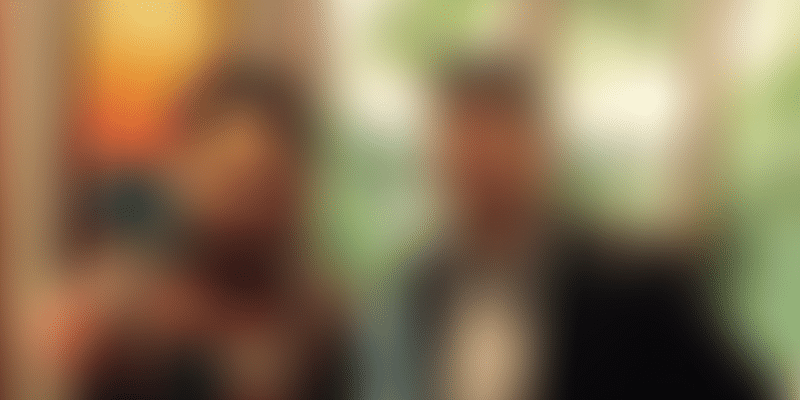 Even as the Indian startup ecosystem was debating the need for a protectionist policy towards domestic startups, Uber Founder and CEO Travis Kalanick landed in India courting ministers, rubbing shoulders with cricket celebrities, giving 'gyaan' to startup founders and entrepreneurs, and, of course, launching yet another Uber service here.

Interacting with the founders and entrepreneurs, Travis attempted to put himself in their shoes sharing his insights on how to grow their business and retain happy customers in a session titled, ‘If I were your CEO’. Answering a question on how to acquire customers when the startup is an unknown entity, Travis said, “So, we have a term in Uber -- it is a culture thing where we say -- ‘always be hustling’. This when translated in Hindi, goes like ‘always be jugaading.’ ” As expected his response was met with a thunderous applause.

Last week, at a think-tank event in Bengaluru, Ola Co-founder Bhavish Aggarwal and Flipkart's Sachin Bansal claimed that their foreign counterparts Uber and Amazon were 'capital dumping' in India and as a result had an undue advantage over them.

Answering a question by YourStory on service qualities, Bhavish Aggarwal had said, "Capital infusion is what pushes the impression of better service quality. That actually isn't the case. Uber's prices might be 15 percent lesser than ours, but our higher market share tells market truths and realities. Having more money isn't the answer, the global companies come in and put in predatory prices, which isn't fair to the local markets and not even sustainable."

Though Travis is yet to respond to his Indian competition's claims, those watching the issue keenly can expect some fireworks when Travis addresses the TiE Global Summit in New Delhi on December 16 and 17.

According to sources, Travis will also reveal some hitherto unknown facts about his life like the time when he got a tattoo on his leg that said 'Ramen' to remind him of the period when he was down in the dumps and survived on Ramen noodles.

During his visit to India in January this year for Startup India, Standup India event, Travis had played to the gallery when he included ‘always be jugaading’ as his Indian mantra in his address at the packed Vigyan Bhavan in New Delhi.

His recent second visit to India this year included a visit to Mumbai where he rubbed shoulders with cricket legend Sachin Tendulkar before arriving in Hyderabad. He later tweeted: "Learnt about a religion called cricket from the god himself! :) Thanks for having me over."

Sources revealed that besides attending to the business at hand, Travis also broke into an impromptu 'mannequin' game with the Telangana ministers to the amusement of everyone around.

Later addressing the gathering at T-Hub, Travis said, “I am excited to be in Hyderabad for the launch of UberMOTO. It’s a quick, easy, and affordable way to get around the city. And it’s great to be working with a progressive, forward thinking government like Telangana on smart mobility solutions that can help reduce congestion in urban areas.”

Minister K T Rama Rao, added, “We recently achieved the top spot in ease of doing business in India which is a testament to our strong belief in making Telangana a startup leader in India. I am hopeful that this service (UberMOTO) will help people in reaching their destination quickly and conveniently.”

Uber and Hyderabad Metro Rail Limited have also signed a Memorandum of Understanding (MOU) to help extend the reach of the Metro using UberMOTO.

In August this year, after Uber lost China following a merger of Uber's China subsidiary and Didi at a valuation of $35 billion, Uber has its sights firmly on India.

Travis has gone on record earlier saying, "The regulatory systems in place disincentive innovation. It's intense to fight the red tape.” Now with domestic competition demanding just that, it will be interesting to see how Uber plays it in India.