Has Vijay Shekhar Sharma's Paytm bitten off more than it can chew? 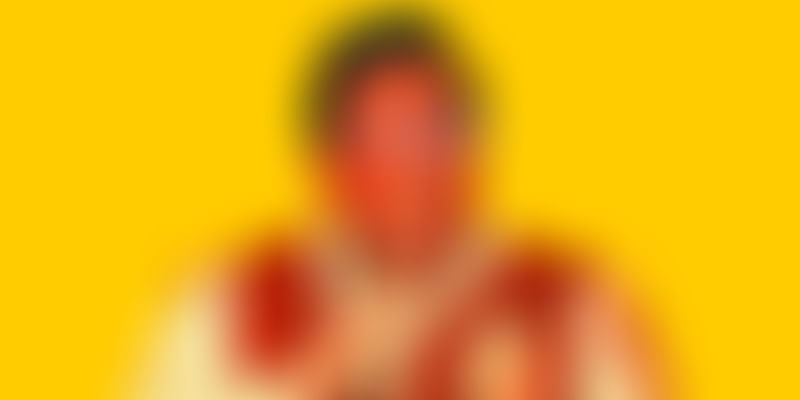 “I don’t need to sleep, I am living the dream,” says a confident Vijay Shekhar Sharma, Founder and CEO of One97 Communications, to the media.

Vijay seems to be no ordinary man. At a time when the country is going through a major cash crisis, he has successfully been painting the town red, with his payments services company Paytm drumming the slogan Paytm Karo.

The company has been proactive during this period of demonetisation, rolling out new features every day. Vijay’s Paytm has literally doubled its server capacity, seeing the purchase of more than 1,300 servers, to build a robust system that can, according to him, handle 5,000 transactions per second. He also announced his association with India Stack, the homegrown open-stack technology that works on Aadhaar-based identification and allows people to make seamless payments and digital lockers, for his upcoming payment bank gambit. India Stack, on which sits the Unified Payment Interface (UPI), allows the transfer of money to any bank account without having to go through a payment aggregator or payment switch.

But one must really look at the revenue model of the company to understand whether Sharma’s plans are warranted, especially when digital payments and e-commerce arm of Paytm reportedly incurred a massive net loss of Rs 1,534 crore in the financial year ending March 2016.

By speaking to multiple sources, YourStory looks at the difficulty Paytm faces in moving from the current wallet business to a business that will make money on 'investable assets' by partnering with a bank. Payment banks are allowed to collect deposits without participating in lending activity. Paytm’s partner bank will invest these deposits in government securities. The company will be allowed to cross-sell all of the bank’s services like mutual funds and insurance. Is this enough to make money? Vijay Shekhar Sharma certainly thinks so.

However, Paytm will need sheer volumes to drive business with such low-value transactions. YourStory estimates that between sustaining losses on bank charges for wallet transactions and having low returns on recharge facilities, the business will continue to bleed unless it scales up its volume of transactions threefold beyond the current gross transaction value (GTV) of Rs 150 crore a day.

Naganand Dorasamy, CEO of IdeaSpring Capital, says, "Consumer businesses continue to bleed in India and the cost of customer acquisition is very high."

This translates to a net loss for the wallet provider if they are making anything less than the transaction charges. Speaking only about the payment part of the business (not including e-commerce and VAS) Paytm has multiple modes of revenue, including a percentage fee for recharges and utility payments, and a one percent fee for transfers from merchant wallets to bank accounts, amongst others. Moreover, it charges nothing to the customer making these transactions.

Now, imagine this at the scale of Paytm, which, while not disclosing how many consumers recharge their wallets on a daily basis, claims to be facilitating five million transactions every day, with an average balance of Rs 228.

We don’t expect that newspaper front page advertisements and television marketing come cheap for Sharma. Although the company had announced earlier that the advertisement and marketing budget for this financial year was Rs 600 crore (Rs 50 crore per month), it was reported that it expanded this by 300 percent this month.

When asked, Vijay stumbled, before giving this number as Rs 60-65 crore, while claiming that they had also siphoned off a certain amount from next month’s marketing budget.

Third: not so profitable merchant business

Paytm has acquired more than a million merchants. It took banks around 20 years to cover this ecosystem, which is finicky and comfortable with cash as the medium of transaction.

This network takes time and money to build. What drives this impressive growth is a strong force of 12,000 individuals on the ground selling the Paytm platform to merchants across 680 districts of India. Vijay says that the target for his HR team is 20,000 individuals by the end of this calendar year.

Now, think about the salaries to be paid to these individuals, along with the already existent salaries of the company’s engineering staff. To lend a perspective, Glassdoor claims that Paytm, on an average, pays its software engineers Rs 12 lakh a year.

Further, in December, the Reserve Bank of India released data on digital payments for the month of November 2016, while stating that it will release this data almost every day.

However, the RBI's data ignores money transfer, which is another critical value of digital wallets. Nonetheless, this is a strong blow to Paytm, which claims registering five million transactions on a daily basis.

When YourStory asked Vijay, he claimed that he wasn’t aware of the numbers since he was travelling. Also, in his defence, he stated,

“That RBI takes only transactions between wallet and a bank account, while Paytm considers the whole picture.”

Regardless, the numbers provided by the RBI seem to be telling a different story than what Paytm is weaving.

There might be a slight twist to things and I would take these claimed figures (by Paytm) with a pinch of salt. Payments is essentially a business of volumes. One needs to realise that Vijay and Paytm are building a national consumer brand with scale and trustworthiness. And we think that once the payment banks strategy kicks in for Paytm, there might be some more active revenue streams for the company. But for now the focus is on chasing the customers.

Beyond the rhetoric of Gross Transaction Value

While Paytm claims to see a transaction value of over Rs 149 crore every day (as of December 7, 2016), it makes very little revenue off these transactions. Vijay said this at a press conference in Bengaluru recently. Blame it on the low transaction fees offered by businesses.

At the current stage, the operations are not profitable. However, this is primarily because the industry is at an early stage in its lifecycle. While there is no certainty in the way the new age technology backed companies will operate, and business models do change to adapt to the ever changing business environment, if we assume that at least some of these companies survive and that the current business model continues, the companies should eventually make profits.

Sources, who did not want to go on record, say that the company makes around 1.50 percent on the recharge and booking businesses on an average, across categories like mobile, DTH, ticketing, and hotel booking. What’s more, the sources say that the commissions offered by utilities and DTH companies can be as low as 1.10 percent.

Paytm also makes money on merchants transferring their cash from their digital wallets to their bank accounts.

Taking these numbers into account, the company would make around Rs 1.6 crore a day, translating to revenues of about Rs 48 crore a month on transactions alone. However, one must also understand that Paytm has several other costs to acquire customers like kiranas and utilities. Keep in mind that Paytm is spending at least Rs 60 crore a month on advertising activity and is paying a huge administration cost.

If 1.10 percent is the amount Paytm makes on its transactions, then its total annualised revenues would be Rs 576 crore. But will this be enough to turn profitable with all the spending? Remember that Paytm also has an e-commerce business that bleeds its balance sheet.

These costs make the current GTV numbers unviable, meaning that Paytm is burning money to subsidise customers to transact on their platform.

While Ritesh Agrawal, CEO of fonePaisa shares the same sentiment, He says, "Wallets will bleed because there are no margins in the recharge business."

Vijay Shekhar Sharma remains unfettered because his goal is for Paytm to acquire as many users as possible before figuring out a sustainable business model. The company boasts of a total user base of 165 million but does not disclose the average money spent by a user on the platform. There is no third party verifying the average value of a transaction, and it is anybody’s guess about the average transaction value and the number of digital natives in the country.

Even Flipkart, Amazon India, and Snapdeal do not disclose their transaction values. However, it is well known that there are 56 cities in India with a population size of one million or more. But only the top 12 cities have around 1.5 million digital natives. That means that no more than 35 million Indians would be transacting on apps in the e-commerce space, including through Paytm.

Paytm claims that 40 percent of its customer base comes from big cities (with populations of above one million). If we were to consider that number, it would mean that Paytm draws 67.2 million of its users from the 56 biggest cities in India, roughly double of the actual size of the digital-savvy population in these cities.

Based on India’s low-income structure, smartphone consumers have a greater affinity towards entertainment apps or a WhatsApp than towards payment wallets. Although the demonetisation regime is urging the nation to go digital, cash is still the preferred mode of payment.

Sources say that a major portion of Paytm’s revenues come from Uber, but the company itself declines to comment on percentages.

“The consumer startup play is a volumes and acquisitions game,” says V Balakrishnan, MD of Exfinity Ventures. He adds that sometimes the numbers in the business do not add up because there is no research to pinpoint the actual numbers, both of the consumers and the total money spent by Indians on digital platforms.

He says to increase revenues, wallet businesses will eventually have to increase the proportion of merchant revenues. According to him, merchant transactions are margin accretive as compared to recharges and utility payments.

While in recharges and utility payments, the company earns via merchant commissions and pays out a credit card/debit card/net banking fee when the customer recharges the wallet.

Hence, not yielding much for Paytm. Additionally, he adds,

If the company in question has acquired a payments bank licence, it might be able to reduce costs as some existing and new customers would use that as a payment method and the resulting float would be largely costless for the company.

Now, herein begins the problem and a new journey. Paytm has to become a payments bank and is partnering with several banks to float deposits and cross-sell bank products to make money. Still, it will never be far away from a volumes game.