Stop call drops with 5BARz: Daniel and Samartha explain why it takes years to perfect tech 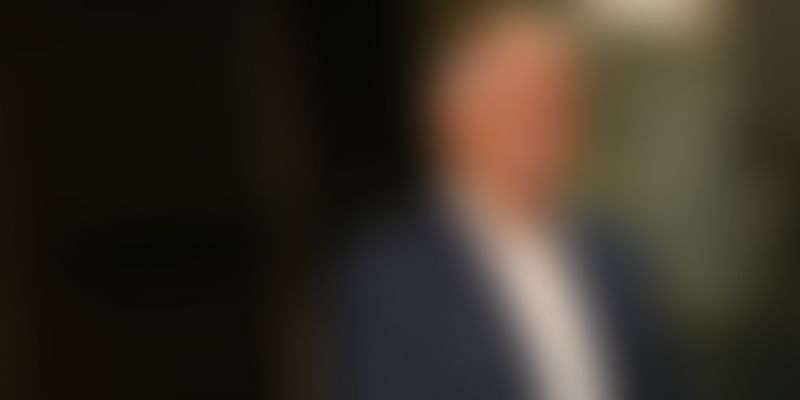 Forget the bad days with faulty Wi-Fi and call drops; this technology allows individuals and corporations to stay connected at all times.

There are over 950 million Indians who struggle with call drops and data loss over the telecom network. It is frustrating, to say the least, because the telecom operator makes money even though the calls fail. There are over 800 million prepaid 2G users in the country who complain about their operators when calls drop in certain locations. Operators, or telcos, have finally realised that if they do not address these drawbacks, their customers will leave them for other networks, causing drops in their revenues. This is where 5BARz International steps in to show telcos how to win customers back.

Sometimes, all it takes is the coming together of experience to solve problems in society. Daniel Bland and Samartha Nagabhushanam were businessmen with three decades of experience before they set up telecom technology startup 5BARz. They have both built three startups each, which have been in the spheres of digital storage, healthcare, and networks and IT.

5BARz is a small box with powerful antennae, which will be installed by telecom operators for their high-ARPU customers. The box picks off signals from the tower and boosts cell phones to keep their network bars full. The company is going to roll out five million smart Wi-Fi devices across the country. The technology may seem simple enough, but the antennae pull the spectrum from the towers and match the need for signals inside a building. The software inside the box analyses the amount of frequency needed to boost the networks in the building. 5Barz technology is so impressive that Gil Amelio, the former Apple CEO, is the chairman of the board of the company.

As a youngster, Daniel promoted rock concerts in the school circuit and later became a stock broker before embarking on three startups between 1990 and 2008. Samartha, on the other hand, has worked in the corporate world and sold a business to Mindtree Ltd, the $700-million IT company, and also worked as its CEO for a year. Both the founders met around 2013, in the USA, and Daniel, who was impressed with Samartha’s engineering and leadership abilities, convinced him to join in as the head of 5Barz’s India operations. Samartha, who was running another IoT startup, took a couple of years before he decided to jump in full time. “Initially, my company was providing engineering services to 5Barz, when Daniel and I realised that the product had more potential in developing markets,” says Samartha, MD of 5BARz India Ltd.

Building this technology has taken time.

The journey of 5BARz started in 2008, in the USA, when Daniel and a bunch of engineers began to build technology for the telecommunications industry. The premise was simple — even with network towers everywhere, mobile phones don’t have all five bars of their network icon working inside buildings. 5BARz is the technology that will boost network in buildings that cannot receive telephone signals.

The company has created patented technology to create a highly engineered unit that strengthens weak cellular signals to deliver high-quality signals for voice, data, and video reception on cell phones and other cellular-equipped devices. “The R&D on the project began almost eight years ago. The first product, which will serve 2G and 3G customers, is going live in India with a couple of telecom operators,” says Daniel, CEO of 5BARz.

With IoT and automation of devices becoming synonymous, there is an opportunity for networks to become stronger to make people consume more data through their smartphones. Its product is a perfect fit for the IoT revolution because it configures the smartphone to perform a lot of functions.

Its smart power platform enables users to access four hours of power backup for uninterrupted power supply. It also has smart wireless and smart usage which creates mini instances of the Wi-Fi with variable bandwidth, speeds and data download allowances for each device based on user profile. It also has a section called smart storage, which enables a house to share a common drive for storing pictures, videos, and music relevant to the family. Finally, it has smart bandwidth, which alerts when usage is likely to exceed thresholds based on patterns of usage.

The box also allows smart home functionalities which enlist the power of IoT to provide a household with safety and comfort. With a small IoT accessory, the system can perform functionalities such as temperature, humidity, and gas detection. There are motion sensors and cameras which can alert the home owners with a call or SMS. “These are some of the use cases of this product and we already have agreements to supply these solutions to telcos, who are preparing to release these services to the public,” says Samartha.

The 5BARz team is readying products for several applications that will make telcos get closer to their customers and improve network efficiency. Their next product, which is 4G-based, will go live in the USA by next year.

“These are companies that focus on technology and their ability to generate revenues depends on how operators use the technology to improve consumer consumption of data,” says Naganand Doraswamy, Founder of Ideaspring Capital.

The 50-member 5BARz team has the right ingredients to succeed and the company is listed on OTC Markets (an alternative investment forum) in the USA. It has invested close to $6.1 million so far. By the end of the decade, its products could power the IoT revolution across homes in the world. Its competition is Siemens, CISCO, and Bosch.