Why Aadhaar is India’s unique innovation for a digital economy 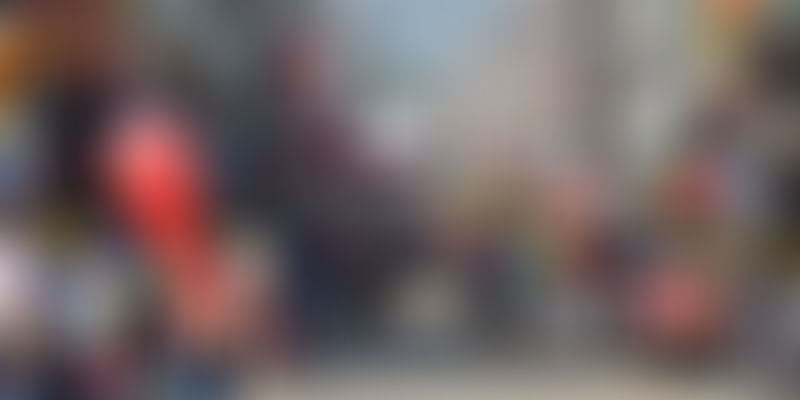 On a sunny winter morning in Delhi, when I was returning home after a short walk, I remembered that I had to buy milk from the Mother Dairy outlet. I looked for my wallet and could not find it in my pocket. Suddenly, I thought that I can pay for the milk using my mobile phone. After all, now your mobile phone works as your wallet. Well! to my surprise, I had forgotten my mobile phone back home. Now, what?

India is one of the best places for any fintech startup. A country that has emerged as the third largest hub for startups in the world is buzzing with new innovations in the field of technology. With the push for digital economy and the need for alternative modes of digital payment after November 8, 2016, India’s economy is exploring different technology solutions for digital financial transactions.

Towards a digital India

The profile of Digital India is unique in the world in some sense. India is the only country in the world which has given biometric-based digitally verifiable identity to 99 percent of its adult population. Out of a population of 1.25 billion, 1.09 billion people in India possess Aadhaar -- a digital identity of individuals mapped with their biometrics.

India also has 1.03 billion mobile phone users, with a teledensity of around 85 percent. With this, India is uniquely poised to move towards a digital economy. Well! I wish to clarify here that digital economy doesn't mean zero cash economy. Digital economy means an economy where digital payments are preferred over cash payments.

So, what can make India’s digital economy unique in the world? The answer is Aadhaar -- the digital identity of Indians. While launching a digital payment platform called BHIM (Bharat Interface for Money) on December 30, 2016,  the Prime Minister said that soon Indians will be able to make digital payments by using their finger. Earlier in the month, Union Minister for Electronics and IT Ravi Shankar Prasad made payment for the tea he had on the streets of Patna, using Aadhaar enabled payment system. The Aadhaar enabled payment system, which has been rolled out as a pilot at limited places, will be a game changer in making Indian economy a truly digital one.

All he needs to do is to get his bank account linked with his Aadhaar number. At the time of making payment, the customer needs to provide his Aadhaar number and the bank name (where he has his Aadhaar linked account) to the merchant. Subsequently, the merchant enters these details on his smartphone along with the amount of money to be paid and asks the customer to put one of his fingers on the fingerprint scanner. Within a few seconds of scanning the fingerprint, the Aadhaar API informs the merchant if this transaction is authenticated or not.

This easy and simple payment method will be a great boon for that section of the population which still doesn't have a mobile phone or a basic level of literacy to operate a mobile wallet or UPI or USSD solutions. Since this method also works on a simple 2G mobile network, it can be operated in most parts of the country, which has even a basic mobile phone coverage. Above all, this method of payment cannot be misused by another person as the payment is authenticated only when the individual who holds a bank account scans his personal biometric.

Aadhaar enabled payment system can benefit a large number of farmers who go to sell their produce at the agriculture markets. If their payments can be made directly into their bank accounts, it will not only bring the farmers into the formal banking system but also help in developing their credit worthiness based on their transaction history. The banks can offer them loans and extend benefits of crop insurance. This can help in the institutional financing of India’s vast agriculture sector. This will also go a long way in the improvement of India’s tax-exempted agriculture economy which contributes 17 percent of GDP and employs 60 percent of the workforce.

India is known for its diversity and this diversity will be reflected in the field of its digital growth as well. Multiple means of digital payments will continue in the economy. However, the unique biometric-based digital payment system for masses will be a great example of innovation in the world.

(Saurabh Kumar is an IRS officer. These are his personal views. For feedback he can be reached through Twitter on @SaurabhKumar1)