The 8 startups that Cisco has bet on 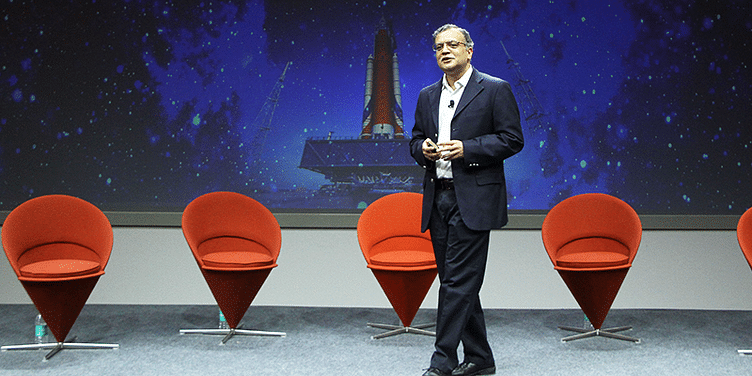 After announcing its LaunchPad's inaugural cohort for startups in June last year, Cisco today announced the successful graduation of eight startups from that batch. Cisco also announced the opening of the application process for the second cohort, which would begin in April 2017.

Cisco Systems, the $49.24 billion networking equipment giant, is omnipresent across global markets. And yet, Cisco is bullish about startups and the collaborative work that they can do together.

The LaunchPad’s inaugural cohort went through a four-month programme at Cisco's Bengaluru campus. The main focus of the LaunchPad has been on B2B startups, and the popular segments have been fintech, healthcare and edutech.

Amit Phadnis, President, Engineering and India Site Leader, adds that the startups have combined rapid innovation and prototyping. Each startup has received an equity grant of $10,000. While Amit agrees that the amount isn’t great, the startups believe that they have received more in terms of go-to-market (GTM) strategising and access to Cisco’s principal engineers.

They have also received access to Cisco's most advanced technologies and labs as well as world-class mentors. Amit adds, “While, in 2015, there was a strong focus on B2C startups, this year, the focus is more on B2B and the kind of innovation they can bring in. While we had received several applications, what stood out in these startups was whether they had complimentary skill sets. The sales and go-to-market teams, and our engineers, evaluated the products and feasibility.”

The focus of the startups were in areas of deep tech and emerging technologies, including artificial intelligence, machine learning, security, IoT and analytics.

The eight startups also received robust GTM guidance from both Cisco's India and Asia Pacific & Japan sales teams, with the intent to expand access to Africa and the Middle East in the future. The inaugural cohort also extended their reach globally to select customers, partners and investors in Silicon Valley and other hotbeds of innovation.

In addition, more than 300 hours of senior technology executive time across Engineering, IT, Sales and Services were dedicated to startup mentorship, and approximately $2 million of Cisco equipment was made available to the startups to test and validate their products.

The eight startups were:

With the growing number of people entering the digital world, Data, and its analysis, has become key. IQLECT is an analytics company that is focused on real-time big data analytics. The idea is to make the same simple, affordable and pervasive for organisations. It is available as both a cloud-based platform and a converged unified box for hybrid or private cloud. IQLECT is currently focused on the data centres/IT infrastructure, e-commerce and payment domain providers segments for fraud detection. Its focus is on real-time results - in the retail segment, for instance, they focus on real-time customer conversion.

Digitisation cannot be complete without a robust security system. It is for this very reason that HaltDos is a part of Cisco’s inaugural cohort. HaltDos claims to be one of the first comprehensive DDoS mitigation solutions that detects, mitigates and monitors different web applications for hackers on a continuous basis. The team provides web and mobile app security auditing and industrial control system auditing.

One of the later-stage companies in the cohort, HaltDos boasts of providing security solutions to over 4,000 customers in different parts of the world. The company has partnered with Amazon Web Services (AWS) and provides cloud-based DDoS mitigation solutions to all AWS regions across the globe.

Internet connectivity is one of the biggest obstacles that one has to face in the path to digitisation. Astrome aims to change the world of internet connectivity for the remotest locations across the country and the globe. It plans to do this with easy installation and automated line-of-sight deployments. The company is currently focused on building its technology.

The team aims to provide broadband internet service using a constellation of satellites in low earth orbit with their patented MilliMeter (MM) wave technology. After two years, the team aims to launch about three to five satellites, which they claim will provide connectivity to sectors like edutech, IoT, telemedicine, monitoring and tracking.

Focused on the Silicon Valley market, NavStik Labs works on the development of technologies that help power drones.

Torchfi is a company based out of Tampa, Florida (US) and Pune. Their product, Torchfi Waiter, reduces the need to hire additional waiters and reduces cost by streamlining a restaurant's menu. The product also manages orders and reduces cash pilferage.

AlgoEngines collects data from sensors situated on wind turbines and solar plates; it analyses this data and provides intelligence on the production capacity, future capacity and health of these machines. AE helps GE understand the behaviour of their 1.5 MW turbine, enabling a lot of predictive maintenance.

When you look at digitisation as a revolution, it will work when the whole ecosystem collaborates – this includes the government, policy makers, large corporations and startups. In many cases, the products that startups work on are completely complementary to what we do, and we might not build them, so it makes sense to collaborate and work.

Amit believes that globally, in less than a decade, there are going to be more than six billion people connected to the network through their mobile phones and other devices. Today, only half are connected to the internet. What is going to drive this change is the fact that the younger audience is going to push the consumption of apps.