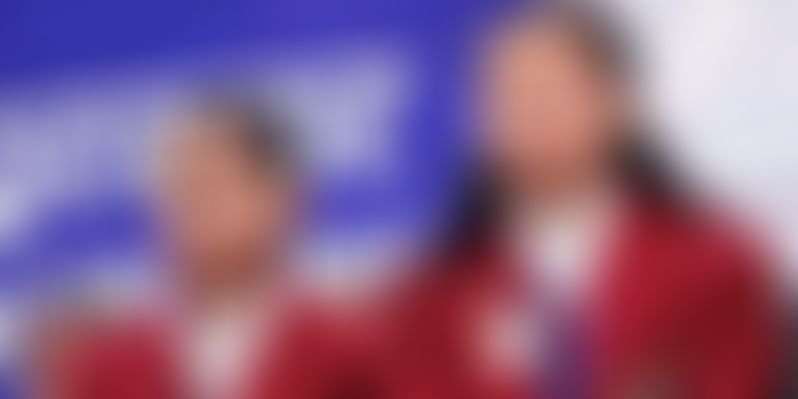 Two Darjeeling high schools girls, who acted as trafficking decoys, leading to the busting of a cross-border flesh trade ring, and an eight-year-old Arunachal girl, who lost her life while rescuing friends in a river, are among those chosen for the National Bravery Award this year.

For displaying extraordinary valour, Tarh Peeju has been conferred the coveted Bharat Award posthumously, while Tejasweeta Pradhan (18) and Shivani Gond (17) from West Bengal have been selected for the prestigious Geeta Chopra Award. Tejasweeta and Shivani, both volunteers with a rights NGO, first befriended on Facebook a minor girl who had gone missing from Nepal, and who ultimately turned out to be a conduit in the trafficking ring.

According to PTI reports, Tejasweeta shared,

Since class 8, I have been a volunteer of the Students Against Trafficking Club (SATC), run under MARG, an NGO that works to curb trafficking. The NGO received a request to trace the missing girl and they wanted me to be part of a plan to bust the flesh trade racket. I and my parents were hesitant in the beginning, but we both decided to go onboard, as it was for a larger cause.

Shivani's brother Vishal Gond, who works for MARG (Mankind in Action for Rural Growth) said, "She agreed to be part of the plan to bust the ring, as worked out by the police and CBI, and we (MARG) assisted them."

"As part of the plan, a fake account was created, and we befriended the missing girl, who turned out to be a conduit in the trafficking ring. We then pretended to be Nepalese girls, seeking employment, and we were asked to meet the ring members at a hotel, somewhere on the Indo-Nepal border. Though there were police officials around, disguised in civilian clothes, we were scared and terribly frightened. We were even shivering, as they took about four hours to arrive. Our back up plan was that if things went wrong, we would just run for our lives. But we somehow did not lose our strength," Tejasweeta said.

"The ring was ultimately busted, and the mastermind was arrested from Delhi last year. We are proud of the two girls. Society should not look at girls as a burden but as gifts. At least in Darjeeling, daughters are always welcomed on their birth," Tejasweeta's mother, Kamlesh Rai Pradhan, said.

Peeju, who died while rescuing two other children when they were swept away by the current in the Pachin River in Arunachal Pradesh, is among the four awardees to have been conferred the honour posthumously. The Sanjay Chopra Award has been conferred on 18-year-old Sumit Mamgain of Uttarakhand for displaying outstanding bravery in fighting a leopard to save his cousin's life.

Twenty five children - 12 girls and 13 boys - have been selected for the prestigious award, which they will receive from the Prime Minister on January 23, thereafter participating in the Republic Day parade, officials said. Among the posthumously awarded children is Payal Devi of Jammu and Kashmir, who lost her life when she jumped into 17-20 foot deep water in Ramban during the flash floods in the Valley to save three students, but all of them were washed away. Also, three children have been chosen for the Bapu Gaidhani Award. Roluahpuii (13) and H. Lalhriatpuii (13), both hailing from Mizoram, have been conferred this award posthumously. The third awardee is Tushar Verma (15) from Chhattisgarh.

Also read : Meet Saya, a rape survivor who fought back and wrote a book on her painful days

In the general bravery award category, two Delhi siblings have also made their mark. Akshita Sharma (16) and Akshit Sharma (13) fearlessly confronted two miscreants who had broken into their house, and helped capture one of them. Praful Sharma, who hails from Mandi in Himachal Pradesh, has been chosen for his prompt action and sense of duty, which helped avert a major accident. The incident occurred on December 13, 2015, when schoolchildren who were on an educational tour and returning from Dharamasala made a stop at Shiv Dwala.

Some of the children had alighted from the bus. Later, one student started fiddling with the bus, through which the gear got shifted and the bus started moving in the rear direction. The student who had done so jumped out of the bus and other children were panicking. I was sitting in the last row and so went to the front of the bus and applied the brake, Praful said.

Asked how he learned to put a brake, he said, "I have seen my father doing it." The President and several other dignitaries will host receptions in honour of the chosen children. The selection was made by a high-powered committee comprising representatives of various ministries, departments and NGOs, as well as office-bearers of the Indian Council for Child Welfare (ICCW).

Instituted in 1957, the awards are given annually to about 25 children for "meritorious acts of bravery against all odds". In 1987-88, ICCW instituted the Bharat Award for an exceptionally outstanding meritorious and gallant deed. The Geeta Chopra and Sanjay Chopra awards were instituted in 1978 in memory of the teen siblings who were kidnapped and murdered in New Delhi, in what became known as the infamous 'Ranga Billa Case'.

The National Bravery Awardees receive a medal, certificate and cash.