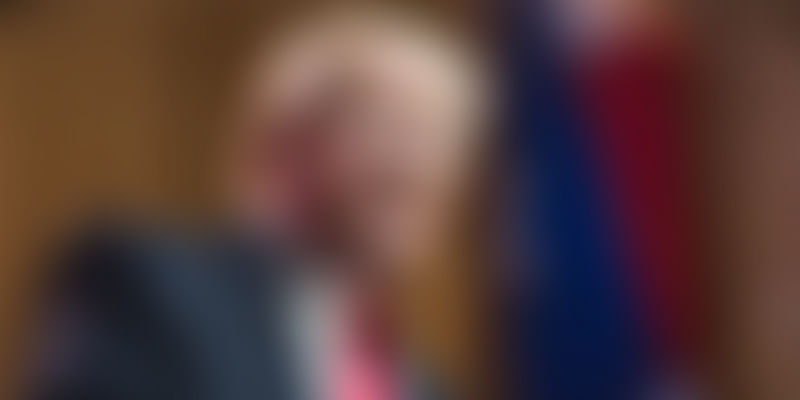 The 45th POTUS outlines his vision to make America great again. His speech was laced with enough threats that should make countries and companies that depended on the US for business wake up to a new administration.

Immediately after his swearing-in, which witnessed spirited protests through numerous checkpoints near Capitol Hill, Trump addressed the gathering.

Decoding President Trump from his speech:

“For many decades, we've enriched foreign industry at the expense of American industry; subsidised the armies of other countries while allowing for the very sad depletion of our military; we've defended other nation's borders while refusing to defend our own; and spent trillions of dollars overseas while America's infrastructure has fallen into disrepair and decay.”

The message to Indian ITES companies could not have been clearer in the first half of the above message. It’s certain that these companies will have a tough time doing business with the US.

Trump said, "We've made other countries rich while the wealth, strength, and confidence of our country has disappeared over the horizon. One by one, the factories shuttered and left our shores, with not even a thought about the millions upon millions of American workers left behind. The wealth of our middle class has been ripped from their homes and then redistributed across the entire world."

Countries like India have benefitted enormously by creating jobs and wealth at the expense of America. The President seeks to reverse all this.

“But that is the past. And now we are looking only to the future. We assembled here today issuing a new decree to be heard in every city, in every foreign capital, and in every hall of power.

From this day forward, a new vision will govern our land. From this moment on, it's going to be America First.”

America First could mean a cap on H1B visas and lesser number of on-site jobs. Students and job seekers, including a large number from India, would have the shadow of the immigration services over their heads always.

“We must protect our borders from the ravages of other countries making our products, stealing our companies, and destroying our jobs. Protection will lead to great prosperity and strength.

"I will fight for you with every breath in my body – and I will never, ever let you down.

America will start winning again, winning like never before.”

The new President seeks and justifies Protectionism, which he feels will create more jobs and opportunities in America and for American citizens themselves rather than outsourcing jobs as he underlines in the next sentence.

India has to get used to a new tough-talking President who is known to be a tough negotiator as a real estate moghul.

“We will get our people off of welfare and back to work — rebuilding our country with American hands and American labor. We will follow two simple rules: buy American and hire American.”

While it remains to be seen how much of this rhetoric will be translated into action over the next few months, Indian Americans can certainly rejoice as there has been a large representation of the community in his administration as indicated earlier.

There was also an Indian touch to the inauguration as DJ and drummer Ravi Jakhotia opened the inaugural concert with scintillating beats.