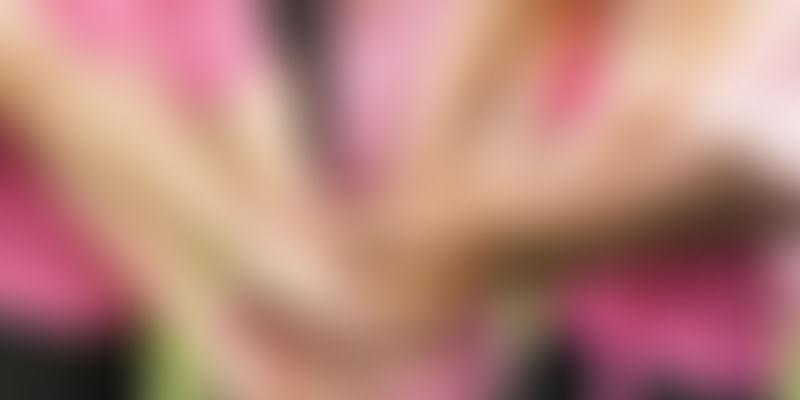 Social media has made women realise that the common enemy needs to be fought together.

Women face misogyny, sexism, discrimination, and abuse within their households, workplaces, and in public spaces. Now, thanks to social media, they also witness women in different parts of the world facing struggles similar to theirs.

While Nigeria's militant Islamist group Boko Haram capturing 276 Chibok girls in 2014 and the more recent molestation of young girls in Bengaluru on New Year’s Eve are obvious examples of the abuse of power over women, another instance that needs to be considered is the election of Donald Trump as the President of the USA. For someone who has shown no respect towards women in his speech or actions to be heading a nation that has always stood up for individual rights is a bitter pill for any woman to swallow.

Believe it or not, Trump has become a bridge between the East and the West — Trump's presidency already has women in the USA up in arms, and now women the world over are echoing the call.

Uniting the east and the west

There is a collective pain that women are suffused with day in and day out. It is no wonder then that a handful of Saudi women are seen singing, dancing, playing basketball — things they have been told they are not supposed to do. While they are breaking stereotypes, they also send out a message about Trump. It almost as if the Middle Eastern men who have Trump’s mask in the backseat are saying "Now even the 'leader of the free world' is ogling."

Videos such as these make it clear what women across the world think of him and how they are extending their support to women in America.

Trump's presidency becomes especially problematic because if this is the example the leader sets, how do we expect others in America or in his administration to look at women with respect?

A case in point is Martin Shkreli, the American entrepreneur and pharmaceutical executive who was publicly harassing journalist Lauren Duca by Photoshopping his picture with hers and inviting her to attend the inaugural ball with him.

I would rather eat my own organs pic.twitter.com/IgeCRZqk8w

How is this allowed @jack pic.twitter.com/Wof8MlYHTL

@DanaSchwartzzz @helfitzgerald @jack Like, that's a picture of me and my husband. I feel sick.

In light of a new face staring at them from the Oval Office, it is pertinent that women speak up now.

Hence, January 21 will go down in history as the day when American women ensured that their voices were heard and their collective strength represented to the new president a day after he took office.

Being called the Women’s March on Washington, the primary aim is to send a clear message — women and their voices matter.

The official website clearly highlights this sentence, "The Rise of the Woman = The Rise of the Nation." It claims that the march is guided by the basic principles of human rights, placing emphasis on human dignity. It also condemns violence in any form.

The website lists out five principles — non-violence, attack on evil forces and not individuals, avoidance of internal violence of the spirit as well as external physical violence, suffering without retaliation, and the beloved community as the framework for future.

Set up soon after election results were announced, the name of the march was changed from Million Women March to the Women’s March on Washington. Organisers claim this was done as a "show of respect for the history of the 1997 march in Philadelphia and in honour of the ongoing legacy of the historic 1963 mobilisation."

The support the event has received has been overwhelming with multiple state-wise chapters springing up.

Why women need to speak up

At the recently concluded Golden Globe Awards, women actors ensured that they used the stage to support not just the Women's March on Washington but also highlight the cause for women empowerment. Claire Foy, who won a Golden Globe for Best Actress in a TV Drama said, "I think the world could do with a few more women at the centre of it if you ask me."

Tracee Ellis Ross, who won the Golden Globe for Best Actress in a Television Comedy or Musical, in her acceptance speech, said,

This is for all the women, women of colour, and colourful people whose stories, ideas, thoughts are not always considered worthy and valid and important. But I want you to know that I see you. We see you.

During the event, she also spoke about being a part of the Women's March on Washington.

The big hit came from Meryl Streep, who, while receiving her Cecil B. DeMille Award called out the President of the USA for his behaviour towards a disabled New York Times reporter in 2015. She did not once mention his name but said,

Disrespect invites disrespect, violence incites violence. And when the powerful use their position to bully others, we all lose.

Trump's reply on social media showed what women are really up against.

Meryl Streep, one of the most over-rated actresses in Hollywood, doesn't know me but attacked last night at the Golden Globes. She is a.....

In light of Trump's remarks towards Streep, it is all the more important that the Women's March become a nation- wide, long-term movement.

As women in America gear up for the march, it is perhaps time for all of us to extend our support, for we need to speak up now. We need to put our foot down and say we won't tolerate misogyny and sexism and that we are ready to fight for change.

Breaking in my new boots for the Women's March on Washington. #womensmarchwashington @… https://t.co/ZExArZzojV

As we near January 21, all eyes will be on American women as they stand up for themselves, for each other, and for women across the world. The time for us to stand up has arrived. It is about now and forever.