5 leading visionaries you should definitely be following on Facebook 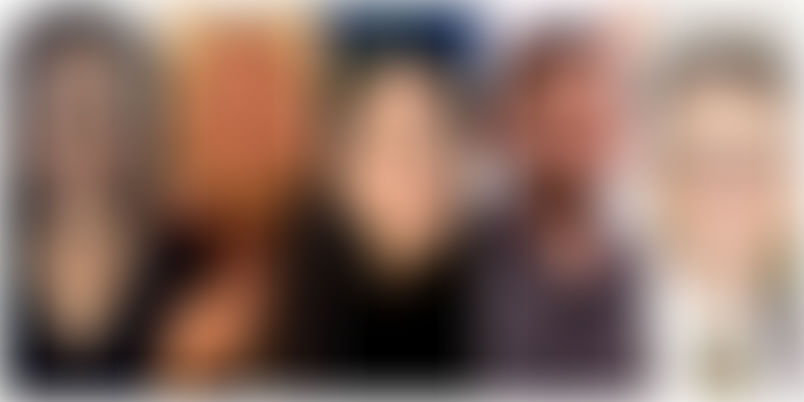 'Facebooking' has become a second nature, skill, and habit for more than a third of the world’s population today. It is our first hello and last goodbye. It is our constant companion through prayers, meetings, and particularly difficult classes. It has also become a primary source of news for most of its users and the most accessible tool to network efficiently.

Individuals have taken to the platform to showcase their art, secure in the knowledge that it can help them reach their target audience and guarantee them a substantial number of followers willing to expand it even more. Today, features like Facebook Live can deliver content and information to users like never before, and it is this very accessibility which encourages popular figures to resort to the platform and interact with their followers.

Today, the world’s greatest business tycoons have recognised and propagated the reach of social media platforms in the building of a base, be it customer or otherwise. While most have taken to Twitter as the primary communication tool, many have begun the transition to Facebook for posting more detailed and in-depth content.

On this note, here are some of the world’s most revered entrepreneurs who are as Facebook-active as the rest of us, and who, as budding entrepreneurs, you should definitely be following for advice and inspiration.

As a bestselling author, COO of Facebook, and doting mother, you would think that Sheryl Sandberg would have her hands too full to do more than check a few notifications in the day. But despite her ridiculous schedule, Sandberg dedicatedly posts articles, statuses, pictures, and videos on topics like entrepreneurship, women empowerment, and pertinent social causes. She uses the platform to reach out to her colossal audience and is quick to respond to their comments as well. She also gives her audience an insight into her personal life, her family, and her everyday chores, thus familiarising herself with those who reach out to her for guidance.

“Tie-loathing adventurer, philanthropist & troublemaker, who believes in turning ideas into reality. Otherwise known as Dr Yes.” Thus reads the Facebook bio of this legendary entrepreneur, which is as quirky as the man himself. From posting pictures of his adventure travels to publishing opinion-pieces on entrepreneurship and the business world, Branson’s page is an exciting mix of professional and personal and should definitely feature on your list!

That the Zuckerbergs having a strong Facebook presence is a no-brainer. Randi Zuckerberg, the older sister of Facebook’s Mark Zuckerberg, used to serve as the company’s spokesperson as well as the Director of Market Development. Today, she is a leading entrepreneur after launching Zuckerberg Media in 2014. A prolific user of the Facebook Live feature, Randi offers her audience insights into the world of Silicon Alley and is known to interact actively with her followers.

Probably one of the most active users of Facebook, this serial entrepreneur, CEO, and bestselling author has a lot of advice to offer to his large following on social media. Another loyalist of the Facebook Live feature, Vaynerchuckoften holds interactive sessions, including invigorating Q&A’s with his followers. He publishes advisory articles on life, business, and everything in between, and instantly replies to any of his posts.

This list wouldn’t be complete without the King of interactive social media – Bill Gates. From sharing self-written blog articles on his Facebook page to pictures of his family on Christmas, Gates has always had a way of becoming one with his audience, even suggesting a list of books they could read over the holidays! Along with this, he even shares important articles from other sources which he thinks should be read and recognised by the masses, offers tips to budding entrepreneurs, and even presents a quirky insight into life at Silicon Valley.

This was our list of entrepreneurs to follow. Do you have any more in mind? Let us know in the comments below!