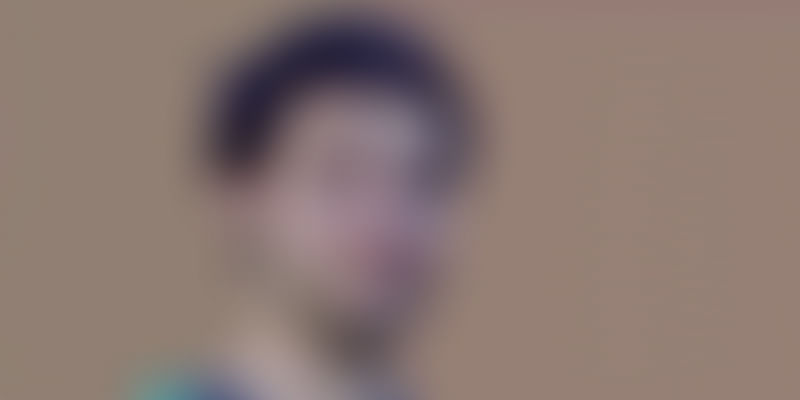 “This still feels like a project that my college buddy and I started…and yet here it is today.”

Today, Reddit is 230 million users richer than when it launched early in 2005. But to Co-founder Alexis Ohanian, it seems like only yesterday that two idealistic young boys across dorms were planning to change the face of the startup world.

Speaking to a room full of entrepreneurs with enough energy to light up a town, Ohanian spoke about the many pitfalls and even greater wins that Co-founder Steve Huffman and he had to rally through to now proudly own the multi-billion dollar conglomerate.

Ohanian met Huffman in College, where his only wish was to find other gamers like him. “It’s a typical founder-meeting story,” he jokes. “It was on moving day and I remember wishing that there were more people who liked playing video games here. And I looked across the hall and there was Steve playing PlayStation II and I was thrilled,” he added.

It wasn’t long before Ohanian realised that his life-long dream of being a lawyer was a farce. When the time had arrived, he knew deep in his gut that this wasn’t the future that he wanted. “I literally walked out of an LSAT to go to a waffle house. I came back home and I told Steve that we need to build something together, because I don’t want to have a job that I don’t love,” he said.

And that’s where it all began.

During their senior spring break, they heard that legendary computer scientist and venture capitalist Paul Graham was set to give a talk at Harvard on ‘how to start a startup’. Excited, the duo travelled to Boston and following the talk, tracked down Graham and asked him for coffee so they could pitch him their ideas. Graham, who later co-founded ‘Yahoo! Store’, instantly liked them. A few weeks later, he announced the Y combinatory which granted $6000 per founder to give them a chance to work for three months all summer in Boston, just writing code and getting users. He emailed both Ohanian and Huffman and told them that they had a great shot and should apply.

“So we got called up to Boston, gave the interview of our lives and walked out there with a swagger. And that night they called us up and told us that we were rejected. Naturally, we got drunk in this bar that had a ton of arrogant Harvard graduates who were bragging about scoring jobs at the Lehman Brothers. I was so mad, a combination of alcohol and denial made me tell them that Steve and I were going to start a company that we’d just been accepted into the Y Combinator. I felt like such a tool,” said a smiling Ohanian.

The next day, they were on a train back to Virginia when they got a call from Graham to tell them while they hadn’t liked the duo’s idea, they definitely liked them. And as long as they were willing to change their idea, they would be invested in. A few hours later, they left Graham’s office with a thousand dollar cheque, with the latter saying, “Just build something in a browser that solves your problem every morning.”

Here are a few excerpts from Ohanian’s invigorating speech to all startup founders and entrepreneurs alike on what will actually help them make it big in the world of startups.

Ohanian and Huffman were candidly asked to change their ideas in order to get money. However, for most entrepreneurs, the market will not always be as clear as that, but it will give signals. There are founders run their head up the wall, refusing to change their tactics week after week, and they are the ones who often fail. Great founders are the ones who are willing to adapt and embolden their strong points to help change the face of the company for the better.

“Sucking is the first step to being good at something.”

All founders wish to achieve everything at once and work towards the same. However, it is important to realise that you will not get all of it right at the very first go. For this purpose, you need to seek out people who are better at that particular skill and learn from them. Ohanian and Huffman built their first version of reddit in three weeks, because their investors insisted that they would have no idea whether it would work with the crowds or not until it was given to the people immediately. Ohanian’s first submission was down-voted by Huffman himself. But as he put it, he got better, and look where they are now!

“Keeping lean as early and as often as possible, is so important.”

Nowadays, entrepreneurship is like starting a band. Everyone wants to be a part of it. So founders lose sight of what is actually going to help their business. For instance, spending hours making business cards are just not what they should be investing valuable time and effort into. Right in the early stages, entrepreneurs should appropriately manage their time, improving their product or service and receiving feedback from the customers.

“Competition does not matter.”

Most founders waste so much time worrying about their competitors, either in the startup world or incumbent businesses, but they really don’t matter. To Ohanian, obscurity is probably what will do a company in anyway. Most companies dive headlong into advertising and try to outdo each other’s bids by coming up with the better campaign. But that isn’t necessarily the right way, considering Reddit’s 230 million user base came about with the founders having spent only $500 in advertising in the past eleven years.

“Don’t build your company for the headlines only.”

It’s important for all founders to know that they aren’t building for company for the press; they’re building it for their customers. Most have a great story and it’s important to share it with the world. But as the Reddit founders have stated time and time again, authenticity is what scales a business far beyond a good story.

“Give a damn, give lots of damns.”

Anyone can be building the next multibillion dollar company. But to get somewhere big, it is important to give a dam. Most founders get this wrong and incumbent businesses have almost completely forgotten this, but at the end of the day if one doesn’t pool in that much of effort or, more importantly care, then they shouldn’t even be bothering. To Ohanian, one needs to care, just like they need to take an active look at everything, from numbers down to the last tweet, because if they don’t, somebody else is going to drink their milkshake. But genuine sincerity – that’s what actually scales now.

Reddit reached its unchallenged and unparalleled spot at the top of the ladder because two college friends, who connected over video-games, decided to dedicate their lives to realising their single, unified vision. Are you dedicated, too?