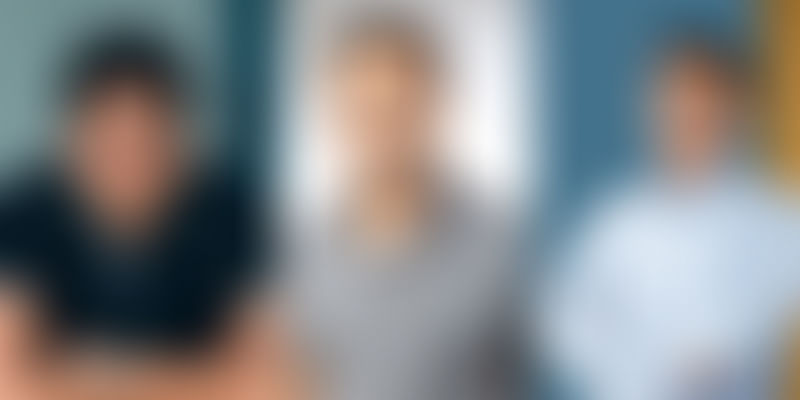 Just a year after Binny Bansal replaced his co-founder Sachin Bansal as CEO of online marketplace Flipkart, the company’s management underwent yet another massive upheaval. Kalyan Krishnamurthy, who used to be Head of Category Design, is taking over as CEO, while Binny will sit atop Flipkart Group as CEO – which is nothing but the alliance of Flipkart, Jabong, and Myntra, as well as their digital payments arm, PhonePe.

Kalyan had left Tiger Global, Flipkart’s largest investor, in June 2016 to join Flipkart. He had also had an earlier stint with Flipkart as CFO between 2013 and 2014. The company, which has undergone a notable number of managements re-jigs in a short span of time, has once again given its avid trackers and followers reason to go sniffing for a dead rat.

While netizens are largely divided on whether this move is the first step towards a healthy future or a symptom of an ongoing internal storm, what has become clear and something that everyone has noticed is that for the first time in the history of one of India’s greatest startup success stories, an outsider will sit at its helm.

“We are now ready to build the Flipkart of the future as we continue on our journey of transforming commerce in India through technology. I am confident that this new organisation structure will deliver further value for the Flipkart group,” Binny said in a statement. But, the Internet isn’t fully ready to take his simplistic, optimistic word for it, yet.

For Sukumar Ranganathan, editor at Mint, this move is hardly surprising.

“Binny Bansal named Group CEO Flipkart and Kalyan Krishnamurthy, CEO, Flipkart in a move that doesn't surprise most people,” he tweeted in reaction.

Others made the obvious association of the recurrent themes and flavours of the month in the Indian business world.

YourStory founder and startup enthusiast Shradha Sharma sees this as a manifestation of a disturbing trend – like the usurpation of the power from the hands of young spirited aspirants of the Indian startup ecosystem.

“Is it a sad day for the Indian startup ecosystem? Investor comes on board as the new CEO of Flipkart. Major reshuffle. Raises so many questions. Personally, disheartened with this news. Entrepreneurs, who were role models, are today in question. A critical moment in the Indian startup space. 2017 begins with its first major shake up,” she wrote in an impassioned Facebook post. People reacted with many conflicting views.

Mahesh Murthy, Managing Partner at Seedfund and Founder, CEO at Pinstorm amongst other things, seeks to turn this into an example for all those who are playing a risky valuation game.

Ex-Flipkart Chief Product Officer Punit Soni, however, feels that this is just the first in a string of leaders who will leave the ecomm major. In a tweet dousing the curiosity in the hearts of more than just a few followers, he also went on to state how he feels this is the most logical next step for Tiger Global, who have the most - 30-33 percent, to be precise - riding on Flipkart's success.

For those who were asking on my thoughts on the latest Flipkart restructuring.Unfortunately expect more leaders to leave in the coming days pic.twitter.com/Ynl8zo3m2c

“Let Flipkart be a lesson to all seeking ridiculous over-valuation. You'll end up with your company being run by the VC,” he writes, in a thought that ICICI chief Chanda Kochhar mirrored back in 2015. With concerns being raised over sustainability of high valuations commanded by startups, the top banker had famously said that the “euphoria” will settle down once economic sense takes over.

Many, however, opine that this was a healthy reshuffle, facilitated for various motives, like freeing up the Bansals’ calendars from the daily workings of their company, giving Binny Bansal an upgrade to make him the Larry Page, so to speak, of Flipkart, and to just bring in the expertise of Kalyan Krishnamurthy, a veteran entrepreneur and ace investor, on board to steer the company to greater heights.

Some even pointed out that this is an older and rather popular precedent set by the boards of many large corporates, like Google, and various public companies as well, to bring various stakeholders to the fore.

Many have hailed this move as smart, self-aware, and a step in the right direction to revive a company that was devalued repeatedly in the last year.

And a tweet voicing a conspiracy theory even suggests that Kalyan will send Flipkart straight into the arms of Amazon, for a takeover.

Kalyan Krishnamurthy is the new @Flipkart ceo. FYI he was with Tiger Global before. Thus, this conclusion. #indianstartupscene #betmyballs? pic.twitter.com/uxmCKN7OVi

Kalyan had joined Flipkart in June 2016 as Head of Commerce unit from Tiger Global, which is also the largest shareholder and investor in the Bengaluru-based company. He was the man behind Flipkart’s acclaimed Big Billion Day sale, and he took charge of commerce and advertisements too in no time.