From idea to IoT: the wearables and industrial internet outlook for India 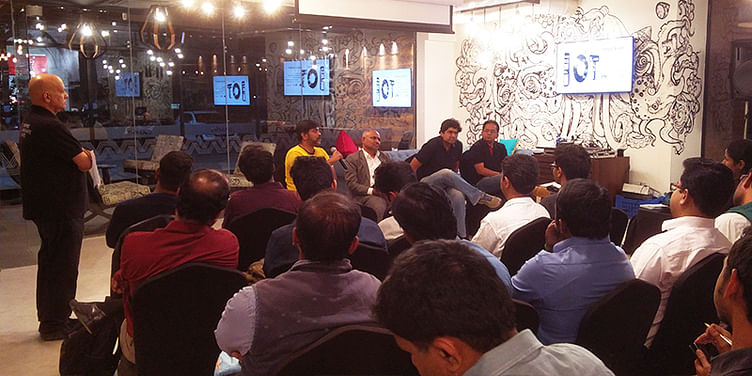 Though there is much noise and hype about what exactly the Internet of Things (IoT) is and how it can usher in the next wave of digitisation, the fact remains that the IoT ecosystem is growing from strength to strength, with a number of industry heavyweights and startups jockeying for success. See also YourStory’s earlier coverage of IoT impacts by sector, telcom reviews, AI synergy, and appliance scenarios.

There are a wide range of estimates of how many connected devices there will be by 2020: from 21 billion (Alix Partners) to 100 billion (by Hammersmith Group). According to BI Intelligence, connected home device shipments could grow 67 percent (CAGR) over the next five years, faster than smartphones or tablets, to hit 1.8 billion units shipped in 2019.

IDC and MediaTek predict that smart wearables will reach 200 million units by 2025. It is estimated that 70 percent of healthcare organisations worldwide will invest in consumer-facing mobile applications, wearables, remote health monitoring, and virtual care by 2020.

According to industry estimates, the global market for IoT in 2020 will be worth $373 billion in revenue, with $194 billion from hardware and $179 billion from software. India will account for at least $15 billion of this total revenue forecast, of which electronics hardware will be a major component.

But there is also the proverbial dark side to the socio-economic growth of IoT in India, ranging from poor connectivity and component expenses to consumer ignorance and privacy concerns. On the implementation side, more cross-sectoral cooperation is needed between domains like design, manufacturing, and policy makers.

IoT has the potential to transform large sections of industries such as manufacturing, utilities, automotive, transportation, healthcare, retail, and agriculture. There are a hundred smart city initiatives planned for India, and IoT can help improve safety, commutes, and urban planning.

From idea to market

With its plethora of challenges and opportunities, India is the perfect breeding ground for IoT-driven solutions. A challenge for startup founders is to validate and navigate the five-phase path: idea, POC, prototype, product to mass market.

India Electronics and Semiconductor Association (IESA) was established in 2004 and has over 260 members including Indian and international companies. They span chipset providers such as MediaTek, design houses, fabless semiconductors, manufacturers, suppliers and support services. Thirty percent of the members are startups.

India now has the third largest tech startup ecosystem in the world, and IoT presents opportunities for players across the value chain. Startups comprise majority (60–65 percent) of the Indian IoT ecosystem, and 70 percent of these startups are less than six years old. They are targeting consumer as well as industrial sectors, with embedded computing and digital lifestyles being key drivers.

There are also opportunities for startups to plug security holes at the level of devices, networks, data sets, cloud, applications, and carriers. Rights management and integrity provisioning are important frontiers to watch. Startups like Yuktix have also successfully engaged with Indian government agencies for IoT-driven projects, such as Smart City Jaipur.

The government of India has announced a draft policy on IoT, in areas like accelerating R&D efforts, providing startup funding, and establishing standards and frameworks. A range of incubators and accelerators are providing funding, mentorship and networking opportunities to IoT startups, which have attracted over $60 million in investments since 2014, according to IESA.

This is the right time for startups and investors to engage actively with the IoT ecosystem and harness IoT as an industry and instrument, the expert panel summed up.