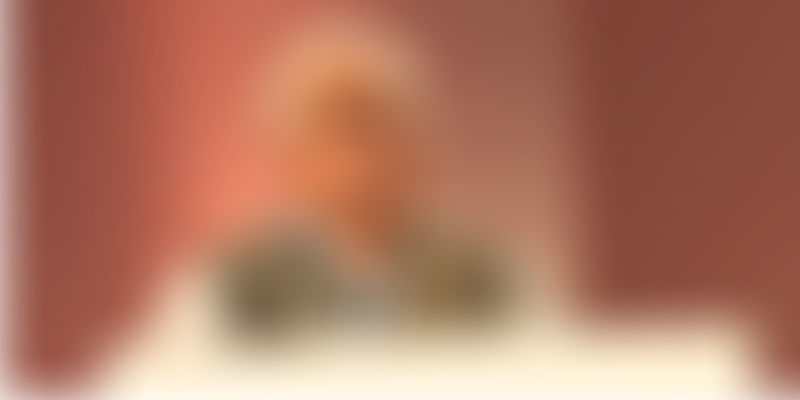 This Pravasi Bharatiya Divas will be remembered for chief ministers of Indian states pulling out their best sales pitches to lure Indian-origin investors. It will also be remembered for how tiny Puducherry’s plucky CM pointed out that all his counterparts had major law and order problems, something that he did not have to deal with in his union territory, though it is a collection of cities spread across three different states. Here's the story on how the host state put its best foot forward to impress the Indian-origin goodwill ambassadors.

The host state of Karnataka got an additional opportunity to present its case, and speakers ranging from ministers to bureaucrats to industry-leaders tried their best to interest the pravasis at the Invest Karnataka plenary session.

The state’s Commissioner for Industries and Commerce, Gaurav Gupta, said that Karnataka was leading the way for the country in many areas, be it research and development, connectivity, healthcare, wellness and spirituality, tourism, education, culture and cuisine.

There is a lot of development coming up in the Chennai-Bengaluru Industrial Corridor and the Bengaluru-Mumbai economic corridor with the support of the Department of Industrial Policy and Promotion and other arms of the government of India.”

Karnataka, leaders in machine tooling for decades now, is coming up with a dedicated one-of-its-kind Machine Tool Park.

Industries Minister R.V. Deshpande said that his state government is trying to do its best to resolve infrastructure issues. “While the connectivity to other cities is one of the best in India, within the city, we are also planning several elevated roads so that traffic eases in congested areas. A large amount of money has been released to the city’s civic body, the Bruhat Bengaluru Mahanagara Palike, to improve infrastructure,” he said.

The government is taking efforts with an open mind and heart to improve the infrastructure. We are working overtime to solve this problem, and it will happen soon.”

Deshpande also added that Karnataka brought out the first industrial policy, the first IT policy and now an NRI policy to attract investments. Due to all these efforts, today, 1.5 million IT professionals are working in Bengaluru. Future investments in Karnataka will be driven by industry and not by the government, the minister said.

“If the diaspora cannot be our investors, they can be our goodwill ambassadors across the world,” Deshpande added.

Karnataka Agriculture Minister, Krishna Byre Gowda, said that the food retail industry is expected to be worth at least $900 billion by 2020. It is growing at a compound rate of 11 percent annually, and the state is ready for this kind of growth. “We are a reform-oriented state. The reforms that we brought about have now become the gold standard for marketing reforms across the country,” Gowda said.

Karnataka IT and Tourism Minister Priyank Kharge said that India's first animation venture fund for VR and AR, worth Rs 30 crore, will be floated soon. “We are looking at AI as an emerging technology, and the government is keen on investing in AR heavily,” he added.

Principal Secretary for IT, BT and S&T, V. Manjula said that most Oscar-nominated VFX movies and games had some part of them linked to Bengaluru, and that the government plans to develop this sector extensively.

The government is open to collaborations with biotech hubs from other parts of the world. “We are especially keen to focus on bio-agritech and bio-pharma,” she added.

Biren Ghose, country head for Technicolor, said that VR and AR is happening in a very big way in Bengaluru, and the digital industry, which is a change agent, is one of the city’s best kept secrets.

Geography is key to where ideas can take flight successfully. It's not just about having the idea, it's about where you want to make that idea come to life. Our vision was to have a strategic hub in Bengaluru that would fuel the ecosystem of all the big studios. Two years ago, we achieved this.

Ghose was also appreciative of a well-established partnership between the industry, academia and the government in the state, which he said was not the case in other parts of the country.

Virendra Sharma, who currently chairs the Indo-British All Party Parliamentary Group, said that he did not believe that only the West invests in India as India also invests to create partnerships.

Bharat Lal Meena, Additional Chief Secretary, who heads the education department, said that Karnataka had introduced a large number of ICT initiatives to improve the quality of education, and efforts were on to make the state a major hub for higher education.

“Higher education has a tremendous scope here as we are already providing manpower to the rest of the world,” he said.