This six-year-old from Kochi is ‘Kicha’ning his way through people’s hearts! 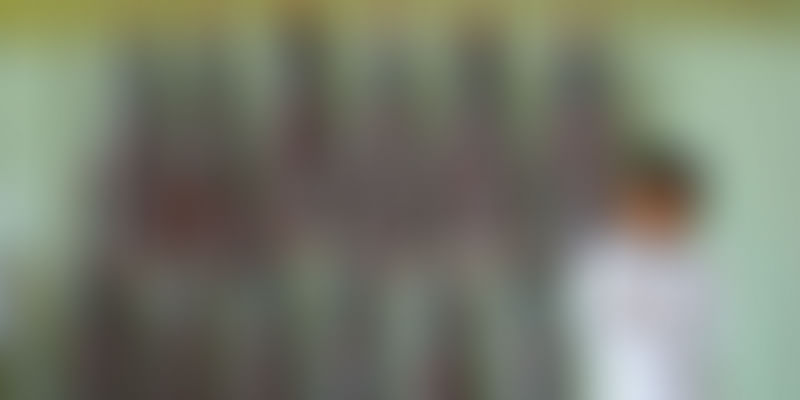 Kicha: But teacher, what did they all do with the bags of wool later?

How many times have you come across a kid who questions even nursery rhymes? It is this extraordinary curiosity that makes Nihal Raj, also known as Kicha, the youngest chef in India.

His passion for cooking, thirst for knowledge, and an ever supportive family have made this six-year-old prodigy win hearts around the globe.

It all started when Kicha was just three and a half years old. Fascinated by technology at a young age, he used to spend much time Googling facts. One might wonder how a child of his age could possibly even type the words out. Well, Kicha had a solution to that as well - Google Voice.

He followed a YouTube channel called EvanTube, where a nine-year-old boy called Evan and his father reviewed toys. Once, Kicha approached his father Rajagopal Krishnan, an advertising professional, and asked him to create a similar channel for him.

Kicha’s mother Ruby Rajagopal, a professional baker, had noticed his flair for cooking. While she used to bake beautifully decorated fondant cakes, Kicha would keenly watch her and ask interesting questions.

One day, he tried his skills with popsicles and told his dad to film him.

I knew my dad would upload the video because I made it!

He loves what he cooks and enjoys eating all that he makes. So we can be assured that whatever he cooks is tasty,

What started off as one video soon became 10 and eventually, Kicha had his own YouTube channel called KichaTube HD, which has over 14,000 subscribers today! His viewers are impressed not only by his ability to make mouth-watering recipes such as oatmeal cookies, ice cream cakes, coconut payasam, rainbow idli, among others, but also by his unique presentation style and spirited nature.

One day we got a mail from a US based casting company asking for rights to his Mickey Mouse Mango ice cream which then led to a $2000 deal in which Facebook acquired non-exclusive rights to the video,

Kicha has donated part of his earnings to autistic children.

Kicha became an overnight celebrity. His next milestone was an invite from the popular American television talk show, The Ellen DeGeneres Show. It was a truly enjoyable experience for Kicha. He taught Ellen to cook Kerala's traditional breakfast, Puttu. Ellen also learnt to pronounce the words ‘puttu kutti’, the cylinder in which the dish is made.

Kicha is a first standard student at Kochi’s Choice School in Kerala and has an older sister Nida, who he lovingly calls Dida.

My father takes my videos, my mother is the director, I am the Hollywood star, and Dida makes sure that I don’t mess anything up. And in case I do, she comes runnnnnnnning and gets everything straight

He is a focussed child and manages his time among school, games, and his YouTube channel. His parents make sure that he doesn’t spend more than two to three hours every week on making a video.

After he shot to fame, he got several offers, but Kicha will be focussing on his YouTube channel. His next channel on YouTube is ‘Cook with Kicha’, wherein anyone can request him to cook a particular dish for them. It can also be a dedication. Another channel, ‘In search of puttu’, will be aired soon. This will be a unique one for people around the globe.

That’s not all. Kicha, who is the brand ambassador of Double Horse Snacks, has also participated in a show in the UK that will be aired this January. All his fans are eagerly waiting for it!

Nihal Raj is a true inspiration for children who have the potential to carry forward their passion. Rajagopal and Ruby are role models for parents, who at times doubt whether it’s the right time for their children to spread their wings and follow their dreams.

And while we continue to enjoy this cute six-year-old’s recipes and witty one-liners, Kicha has just one thing to say –