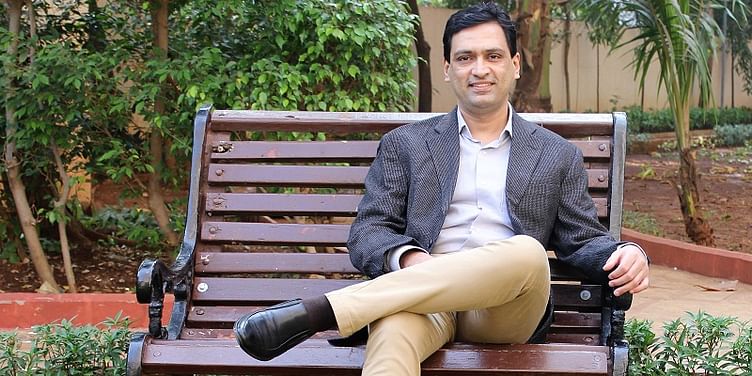 The company, like many fintech companies, is going after at least 200 million urban Indians looking for a loan to buy electronics, jewellery and household items.

A year ago, a journalist in Hubli wanted to buy his mother a television set on her 60th birthday. But he was shocked to find out that on the grounds of his profession, the bank had denied him the personal loan he had applied for to finance the purchase. Several Indians like him do not qualify for loans, simply because the banks have no mechanisms to track their credit worthiness.

There is an entire population that has the money to repay loans, yet mainstream banks reject their loan applications. This does not favour consumer spending, although consumption has grown in this country. According to data available with the RBI there are only around 27 million credit cards in the country, and 300 million bank accounts. In 2016, although personal loans were 22 percent of all bank credit disbursed, several Indians remained without personal credit.

With this as the backdrop, Krishnan Vishwanathan, a consultant from McKinsey, wanted to find a fix to help people consume. Giving up his lucrative career, he set up Kissht, which means EMI in Hindi, to provide collateral-free loans for products that consumers want to purchase. The total loans disbursed so far are to the tune of Rs 17 crore, with over 9,000 customers. Explains Krishnan,

“We are building a data platform by taking bank information of customers and their social media profiles. Our engine is able to predict the ability of these applicants to pay off the loan.”

Krishnan came from a defence family and so they moved around the country. He graduated from IIT Delhi in 1998 and worked as an engineer before finishing his MBA from Yale University in 2008. Soon after he joined McKinsey. He worked on advising banking corporates by studying the entire lending system. It was here that the idea of starting an enterprise that underwrote collateral-free loans was born.

In 2013, Krishnan set up a strategic consulting firm, Si-Creva, which worked with over 100 institutions in the banking and corporate sector. In early 2015, he set up Kissht, an app where consumers could get loans after quickly uploading their bank accounts and their social media identities on the platform. In quick succession he partnered with a non-banking finance company and started to acquire customers after investing Rs 3 crore in the business.

In July 2015, Kissht began piloting its service by keeping inventory of products — like smartphones — that consumers would quickly buy and apply for finance. They realised that they had to sign up with as many merchants as possible, and in six months began to acquire merchants and companies that offered online education services. Names like Caratlane.com and Edupristine signed up with Kissht to deliver services and let users apply for loans to avail services.

By the end of 2016 the app had 78,000 downloads by users looking to buy services through these collateral-free loans. “The value is in getting repeat customers,” Krishnan says, adding that 19 percent of the app users were repeat customers. “However, for a good six months we worked with three businesses to make sure our platform had a strong foundation,” he says.

The company uses partner platforms for promotions; there is a banner either on the product or the checkout page. When the customer applies for a loan, his KYC validation is done on the app by linking his Aadhaar number. Following which an OTP is sent to the customer on his mobile and the loan is closed. The current non-performing assets are around .50 percent for Kissht, whereas it is two percent on an average in their industry.

India has one of the largest unbanked population in the world. So there is room for competition too. There is Zest Money, Capital Float, Faircent, Telr, Cashe and many more. There are at least 30 tech based lending companies in India. The premise is simple: they will go after anyone who can save Rs 6,000-10,000 a month and can spare Rs 3,000-5,000 as monthly payment for a loan, with an outer limit of Rs 75,000.

“The value of these businesses depends on the scale they achieve and there is an opportunity for growth in banking through these channels,” says V. Balakrishnan, former CFO of Infosys and founder of Exfinity Ventures.

The company has three banking partners, two of them have opened up a lending opportunity of a large amount from their balance sheet. Kissht has over 50 merchants on board. The company hopes to achieve big things by acquiring several million Indian consumers in the era of smartphone lending. The company has to make sure that consumers discover them and they need to be retained. Kissht is in the process of closing an undisclosed round with Venture East, a Chennai-based VC.