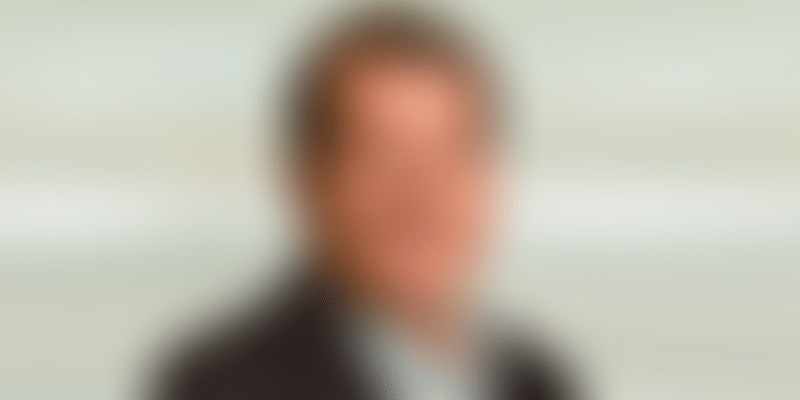 At a time when the Indian startup ecosystem is debating whether professional CEOs should replace founders, here’s a man who seems to have outlasted that tide.

The co-founder of NetApp, one of the biggest data management companies in the world, David Hitz still continues to be relevant in this 25-year-old multi-billion-dollar business.

Having seen it all, Dave accepts that his journey is no ordinary one. Having studied on a ranch in Deep Springs College, USA, Dave says he didn’t set out to be a Silicon Valley icon, a business visionary, or even a billionaire. But he became all three, and has chronicled the life story in his book, How to Castrate a Bull.

From starting up, surviving the dot-com bust, to taking NetApp to its IPO and making it a billion-dollar turnover business, David has done it all and more.

In an exclusive conversation with YourStory, Dave reveals what keeps a founder relevant in the ever-changing startup environment. He shares the key to successful management and lets us in on if quitting NetApp had ever crossed his mind.

YS: Over the course of the business, we see founders move out from what they started. At present, the Indian ecosystem is maturing to see this. How should entrepreneurs deal with that? Has that ever crossed your mind, with NetApp?

DH: Well, the whole question about founders staying or not is an interesting one. In theory, some people have proposed that it is very healthy for founders to stay, and, if you see the companies that have been successful, a lot of them do have a founder involved for a long time.

And, I wonder if it is the other way.

Founders are usually the ones who like change, and maybe the reason they stay at successful companies is because the business is growing and constantly evolving. If the company becomes static and stops growing after a point, the founders might get bored and leave.

Another observation that I have is that some founders have willingly decided that they have to be the boss of everything! And I’ve to say, that the same skills that allowed you to come up with a new idea and pull through might not help you run a large public company. The odds are that it’s very rare that the same founder is the right person to run a large public company.

Personally, I’ve never been the CTO of NetApp. I ran engineering for a while, with a team size of 250-1,000 people, and what I learnt from that is that I don’t like to be the manager of a lot of people.

I would much rather be a participant in the team, working on strategy, while looking at an opportunity to get some alone time because I’m an introvert. I took a year off at some point and wrote a book on the history of NetApp. So, basically, a lot of different roles and a lot of different jobs, but never chose to be the number one person or the person in charge of the company.

And I think that’s the secret of longevity. If you think there’s only one job that you can do the odds are that very soon you might not be the right person for that job. But if you say, this is a really interesting environment to work and feel that there are a lot of different ways you can contribute then maybe one can stay for a long time.

YS: So how do founders bring about a separation from what they’ve built, and not get obsessed with it?

DH: A lot of people ask me about my relation with NetApp and say that I have to be so proud, remarking, “Look at what you’ve built!”

And I reply to them, saying, “I didn’t build it, NetApp did.” Usually, I find it hard to describe to people what it feels like, but the best I can come up with is that it’s like a child. I’ve got a daughter, who is 10, and feel so proud of what she does in school. It’s not like I did it. So, similarly, NetApp is 25 years old and what’s the right measure of success for a parent who has a 25-year-old? My answer is that it’s wonderful if your child will still talk to you. Or even better if they’ll occasionally seek your advice and take it.

And I feel that that I didn’t set up such a huge facility in Bengaluru. However, I’m still proud that I helped it start and steered it for some time. But it’s way bigger than myself and I feel a part of it but not that it’s me.

Maybe, it’s that separation that lets me be a little bit more comfortable with different styles of interaction with NetApp at different points of time.

YS: Much is spoken about your unusual college experience at Deep Springs. You’ve chronicled it in your book as well. What were these experiences and how has it helped you in your entrepreneurial journey?

DH: The thing about Deep Springs is that it’s about 30 students on a cattle ranch in the middle of nowhere. One of the key lessons of Deep Springs to its students is that you just have to figure stuff out on your own.

You have help there and of course you can get them fixed, but most of the times you have to struggle and figure it out yourself. Startups are like that too. There might be a solution to whatever problem you are encountering in a startup, which startup majors might have cracked or solved, but they are not going to help you.

So you just read up a little bit and do your best and just try. Because it’s such a small environment at Deep Springs, all students had multiple jobs. And, that’s another learning... You are just a part of a team helping out. And that attitude is so critical for startups. Sometimes, the best managers just let their teams do great work and then go out and get them dinner because people are working hard.

At Deep Springs, I learnt things like how to castrate a bull, which was not of much use to me later, but it also taught me how to do my best to figure things out and work with other folks to get them done. That feeling, I think, is enormously important.

YS: Across your years of association with the company, what was the toughest time that you faced at NetApp?

DH: The most difficult time was when it was time for our first CEO to leave. And our first CEO was a super smart guy. He started NetApp and went on to start another company that went public. Further, as a manager, his management style was a lot like a good professor with a handful of grad students. But things went different when we had 40 to 50 people, with multiple managers reporting to multiple other managers. That just wasn’t his style. And it was so hard, because I contributed but he had a lot of original ideas and he only wanted to be the CEO. Eventually, the venture capitalists took a call that it was time for him to move out. And let me tell you that he was really a smart guy and in his next company, he was the CEO and moved on to be the Chairman of the board, while hiring his replacement CEO.

And the second was the dot-com bust where our stocks went from $150 to less than $10 and it was the first time that we ever had to do layoffs.

But the first anecdote for me translated into a learning that you shouldn’t think that there is only one job for you.

YS: Did you ever feel like calling it quits?

DH: The times that I’ve wondered is during the time of CEO transitions, because of the roles I have. It depends so much, for me, to have someone I can work with, someone who is willing to listen to me and the facts that I value.

So, whenever we got new CEOs, I sometimes wondered whether I will be able to establish that feeling of mutual respect again. And so far I always have, but I think you do need to acknowledge that the role of the CEO is to be the boss and run the company.