Netflix vs Amazon Prime Video: who will win on the Indian battleground? 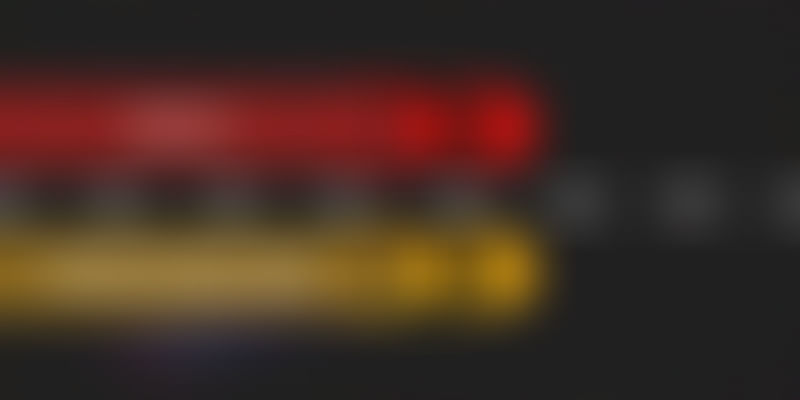 2016 may have been an arguably difficult year for most of the world, but movie buffs in India definitely had cause for celebration. Netflix kick-started the year by launching its services in India for the first time, in doing so making our online streaming experiences all the more convenient.

With its packages starting from Rs 500 a month and extending to Rs 800 a month, the multinational entertainment company has decided to follow an aggressive policy of expansion to the far reaches of the world. Their target-lined interest in India may be motivated by a desire to tap into its growing market potential and the fact that the number of internet users in the country is increasing by the minute.

Although far from being the only service for online streaming in the country, it has indeed been the best in terms of quality, speed, and general user experience. As a result, its user-base in the country increased four-fold in the past few months, most from the targeted urban cycles.

However, it looks like the company is going to face some serious competition.

Just a week ago, the multibillion dollar conglomerate Amazon announced the launch of its ‘Prime Video’ service in the country, which is sure to give Netflix a good run for its money. With a content-library which rivals the latter and quality that equals it, Amazon Prime Video is expected to become a dominant player in the Indian SVOD market.

Since the news of its launch in India, the company has also been busy forming ties with the big players of the industry. According to Hollywood Reporter, Amazon has already secured local content deals with leading Indian film studios, including Dharma Productions, Vishesh Films, and T-Series, for a mix of new and old titles. This goes to show that they have their eyes set on mainstream targets and audiences.

While Netflix recently announced its new offline download feature, one could wonder what each company will release next to outdo the other. Until then, here’s a simple comparison between the two to help you choose which service to sign up for.

While Netflix content and user-experience is definitely worth the money, people have sometimes complained that the three packages it offers in India – for Rs 500, 650, and 800 per month – are a bit tight on the pocket in the long run. Consequently, many have even suspended the service for intervals because it became a nuisance to pay this amount on a monthly basis. Added to this is the fact that Netflix only accepts card payments, something that doesn’t quite work well for individuals looking to pay by cash instead. With a move to outdo Netflix in this regard, Amazon Prime Video is releasing its services – which are free for the first month – with the initial package priced at Rs 499 a year. Talks of this amount being raised to Rs 999 a year are also abound. But regardless, its users are paying a fraction of the amount (between Rs 41.50 to Rs 83.25 a month) than they are for its Netflix counterpart (which adds up to between Rs 500- to Rs 800 a month). At the same time, the company is also accepting cash on delivery for users wishing to sign up for the service.

Netflix offers a wide range of both mainstream and independent films, in addition to a plethora of original content as well. Some of the latter include Narcos, Orange is the New Black, and House of Cards, which have established a vast fan-base among Indians. The TV series on the site have been categorically divided by sub-categories like New Series, Anime, Asian TV shows, British TV shows, Crime TV shows, and more, thus providing an easy browsing experience. At the same time, it is also has an eclectic mix of documentaries and less-commercial films which you wouldn’t otherwise find easily on the internet. Amazon Prime Video, too, has a good content library, with its own originals like Mozart in the Jungle and The Man in the High Castle doing well in the international circuits however without the same reach as its Netflix counterparts.

An advantage that Amazon Prime Video has over Netflix is that due to its associations, it contains better and more options for regional movies and shows on its sites – most of these being mainstream hits. For instance, the latest Hindi movies on the Amazon app include Sarabjit, Fan, Prem Ratan Dhan Payo, and Dil Dhadakne Do. Netflix, on the other hand, caters more greatly to the Indian independent filmmakers, giving their movies a great platform. Its recent list that contains the likes of MCREAM, Uturn, BA Pass, Dhanak, and more which may not become great box-office hits but which definitely cater to a certain kind of audience. Although the Indian audience expresses an eclectic taste when it comes to the regional movies, India is a market with popular local content rules, and chances are that most would probably prefer the commercial hits.

Netflix is exclusively an online streaming service and all its features will always revolve around the same. Amazon Prime Video, on the other hand, is a part of the Amazon app with which, if you are already signed into, you can directly install the Amazon Video app and begin your experience without any hassle. At the same time, you can use your Indian Amazon Prime account to view Prime Videos in other countries. This basically means that if you have an Indian account for just Rs 499, you can still access the full US catalogue of Amazon Prime Video, although the US Prime membership costs $99 (around Rs 6700).

So what’s your choice?