Welcome to the age of non-founder CEOs 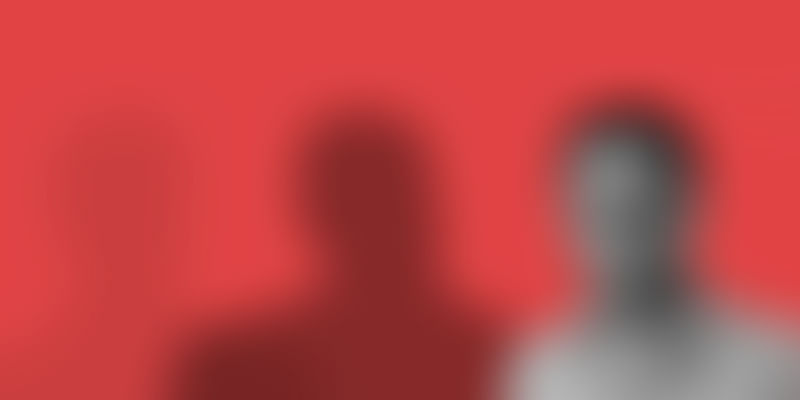 When and why should startups get non-founder CEOs? Is senior leadership with experienced professionals the key to scaling?

Warren Buffet, the world’s most successful investor, says he delegates tasks to his CEOs almost to the point of abdication. In fact, when a CEO once called him to request approval to buy a couple of new company jets, Buffet replied, “That’s your decision. It’s your company to run.”

Of course, Buffet is a veteran — he has had more successes than failures, and learned from both to become one of the richest persons in the world. Warren Buffett's Management Secrets: Proven Tools for Personal and Business Success clearly illustrates his learning curve: “The natural inclination [for a founder] is to try and control every event, and the people involved… But delegating to a competent manager who is focused on just one job means a more thorough understanding of the task, and a more careful execution of the job.”

In the Indian startup ecosystem, more often than not, the founder is the CEO. So when an external CEO comes in, it makes huge noise — as happened with Flipkart recently, when Kalyan Krishnamurthy replaced Flipkart’s founder Binny Bansal as CEO. Ola has also replaced COO and founding partner Pranay Jivrajka with PepsiCo veteran Vishal Kaul. Recently, online lingerie platform Zivame announced that its founder-CEO Richa Kar will distance herself from day-to-day operations of the company, while COO Shaleen Sinha will take over.

When and why should startups get non-founder CEOs? Former entrepreneur and currently Principal, Aspada Investment Advisors, Sahil Kini says, “It is conventional wisdom to get somebody else when you need to scale. Of course, it depends on the circumstances of the company and the founder.”

Professional CEOs can scale the company from one point to another, which founders may not be able to, as the former are more experienced in meeting targets. In India, while traditional corporates have made peace with this fact, startups still frown upon it.

Startups still consider the CEO to be like the Indian Prime Minister, who calls the shots, while the chairman is like the President, a ceremonial head with no real say. But is the recent development at Flipkart, which is the posterchild of Indian startups, indicative of winds of change? Are startups becoming more mature or is this just a one-off?

Many experts are of the opinion that hiring an external CEO is a move which happens only when there is no better alternative. It could be because the founders could not scale according to the company’s pace and need a more mature and experienced individual to take over, or because they want to take a backseat.

Sahil says, “Sometimes, young founders grow into the role as the company scales. Or they want to do it for a while and exit. Conflicts will arise if there is no alignment between the stakeholders.”

There are lifetime entrepreneurs and serial entrepreneurs. Steve Jobs and Richard Branson fall in the first category. Serial entrepreneurs build many startups, make a quick buck, and move on. VC and marketer Mahesh Murthy believes that in long-life companies, founders become more powerful than the CEOs. “They are tied to the company. They call the shots. Head of the founder’s family Ratan Tata, not Cyrus Mistry earlier or Chandrasekhar now, calls the shots at Tata Group.”

In fact, Mahesh believes that, for a very long time, the founder should not be removed. He adds that once investors take over, decisions are not founder-driven any more in startups. But he agrees that if the promoter is not doing his job, an external person can help.

While founders and professionals are both intellectual resources, managerial skills differ. Digital payments platform FreeCharge’s leadership changes are a perfect example. In 2013, Founder Kunal Shah got Alok Goel as CEO. When he left after Snapdeal’s acquisition of FreeCharge, Kunal was back in the CEO seat, but later Kunal got Govind Rajan as CEO, who had joined FreeCharge as COO earlier. Kunal is now Executive Chairman.

Other roles are relevant too

While CEO remains the most important profile, other roles matter too.

According to Anuj Roy, Head of Digital Practice at Transearch, CPOs and COOs are brought in because founders realise they too need help. He says, “Professionals with more experience are ideal for positions which are integral to the structure of the company. Founders expect that as the company grows, a professional (hired during the early stage of the startup) will mature into a level which is required at that time, rather than hire somebody from outside.”

Blume Ventures’ Managing Partner Sanjay Nath believes that founders need to start thinking about building out their senior leadership roles - the levels immediately below them (like marketing and finance) - early on. "Founders are usually the chief sales officers for a while as they are the best at closing the first 10 accounts; however, they may not have the experience in hiring and managing a Salesforce as the company scales up," he says.

In US, there has been multiple examples of professional CEOs leading the firm. In the Indian ecosystem which is still young and evolving, founders are best placed to decide on who is appropriate to take the company forward. After all, Jeff Weiner is CEO, and not founder, of LinkedIn.

However, it looks like the change has begun in India, not with Flipkart but with family-run companies (like Marico and Dabur) also moving towards professional CEOs. Multi-billion-dollar companies also go through such times - Vishal Sikka replaced Infosys co-founder Shibulal as the first non-founder CEO of the IT company in 2015. What matters is who can make the company lead the market.

With huge amounts of money at stake, investors want to protect their interests. In private equity companies, there is often management buyout, with private equity guys coming in and changing the CEO and CFO. That trend will start in the startup ecosystem too, experts say. In what Mahesh calls the ‘Bengaluru Model’, startups are just copycats with big funding. “Bengaluru has geniuses, not visionaries. Returning money is more important than raising money. Investors are now saying no to more money. How you respond to it will show your maturity,” he says.

Board of directors take collective decisions when things go out of hand, otherwise founders continue to run the operations. But an investor who spoke on condition of anonymity feels when the relationship between investors and founders is not going well, the decision is driven by the investor.

The internal transition is easier when the founders want to take a backseat, and they bring in an external CEO while continuing as shareholders. Sanjay of Blume Ventures says that the partnership between founders and senior leadership is what matters. "A well rounded team can help in getting investment as well,” he adds.

The case for founder-CEOs is strong amongst the most valued companies in the world. Amazon founder Jeff Bezos had once stated that although he wanted to get an external CEO at one point, he did not do it since he wished to be more involved in the company’s functioning.

At Google too, Larry Page and Sergei Brin continued to be involved while Eric Schmidt took over as CEO in 2001. In 2011, Page became CEO replacing Schmidt, who became executive chairman and the largest stakeholder in the company.

Facebook Founder Mark Zuckerberg remains the CEO while COO Sheryl Sandberg (hired from Google) ensures revenue, growth, and product development. “You need someone in the core team with founding DNA. That’s why Facebook has evolved from a social networking platform to so much more than that today,” says an investor mentioned above, adding that Elon Musk would not have been what he is today if he was to work under investor pressure.

At Microsoft, after founder Bill Gates retired in 2008, his successor Steve Ballmer was widely seen as a failure for missing out on opportunities in social networking, the iPad revolution, cloud services, etc. When professional CEOs come in, they need not have the vision that a founder has. Most of them have one objective — maximising revenue.

Buffet has also been known to avoid managerial changes. If he had to look outside the company for a manager, he would turn to people he has already worked with, who have a proven track record. Buffet actually makes managers in each of his investee companies write him a letter on who in the company will succeed them if they were to die the next day. This way, if something happens to his managers, there is no time wasted on finding a replacement.

According to American investor Ben Horowitz, there are peacetime CEOs who “focus on the big picture and empower people to make detailed decisions” and wartime CEOs who “care about a speck of dust on a gnat’s ass if it interfered with the prime directive.”

In a situation like Flipkart’s, where Kalyan is obviously the wartime CEO, the company will focus on profitability and a possible IPO. If Kalyan turns it around, no founder will have an issue hiring outside CEOs. After all, the company is bigger than the founders.

For Asia's largest e-commerce firm Alibaba, founder Jack Ma is executive chairman and the face of the company while Daniel Zhang leads as CEO. Founders should start thinking about the company first — many lives depend on it. Sanjay says, "A good we're seeing is that founders have become more mature in hiring senior roles and are willing to share equity with them.”

After all, founders do not live forever.